We take a look at some of the key and quirky stats leading into the eight games in Round 25 of the NRL Telstra Premiership.

Draw Widget - Round 25 - Rabbitohs vs Broncos Sea Eagles v Roosters: These teams have two of the best back fives in the NRL Telstra Premiership. Here is a head-to-head overview in attack and defence: Eels v Sharks: Here are the best and worst stats for both teams so far this season: 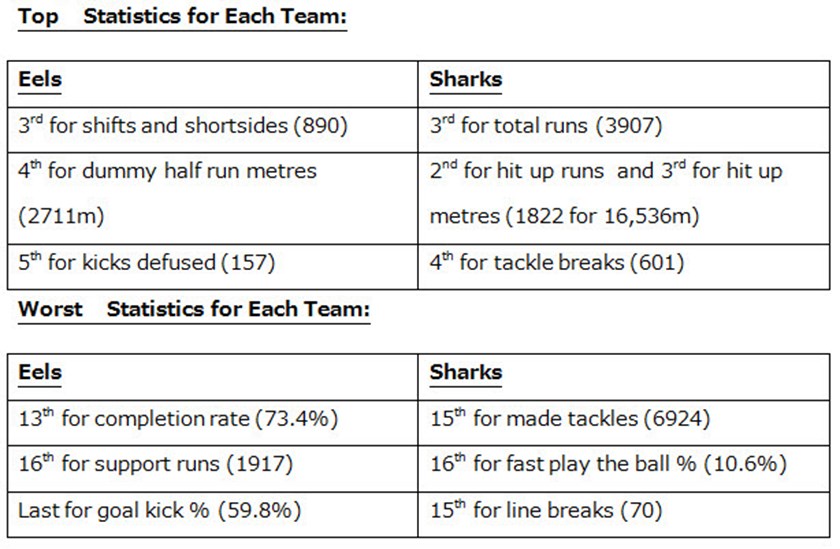 Knights v Bulldogs: The Bulldogs pack is peaking at the right end of the season and if they are to make their third grand final in four seasons, their forward pack will have to continue their dominance that they have shown over the last few weeks. Ranked first for both hit-up runs (86.8 per game) and hit-up run metres (791.7m per game), the Bulldogs clearly know how to bring the best out of their forwards. In contrast, the Knights average 69 hit-up runs per game (worst in comp) for 623 hit-up metres per game (worst in comp).

Storm v Cowboys: The stats say this should be a well-controlled game with few mistakes. The Cowboys and Storm are both ranked 1st for completion rate so far this season with 78.4 per cent. Two of the in-form hookers in the competition could also play a big part. Wests Tigers v Warriors: It has been a tough week for Wests Tigers but they can end it on a high with a win over the Warriors, who are on a six-game losing streak. Check out the Warriors' form slide over the past six rounds as compared to their averages from the rest of the season. 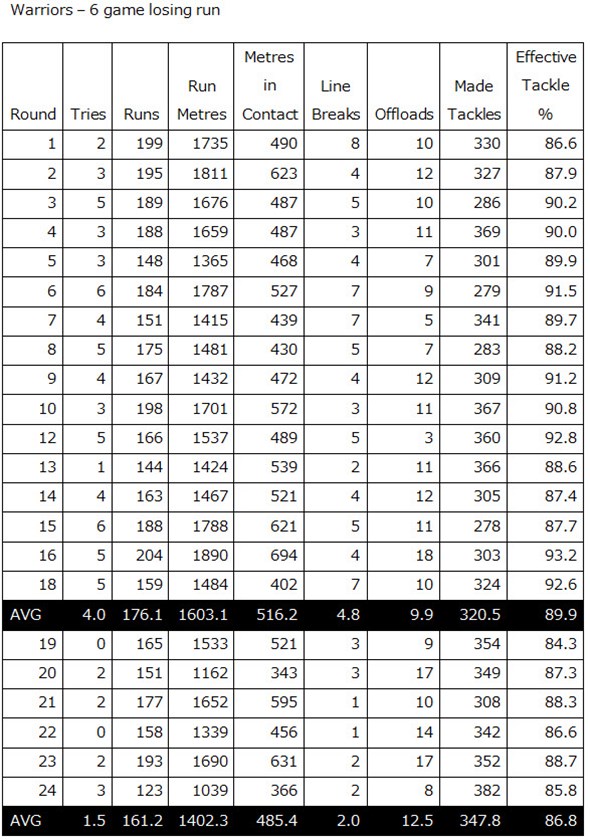 The Titans will find it much harder against a strong St George Illawarra defence, however the Dragons haven't really looked like an attacking threat. Their defence is keeping them in contention for a top eight spot, however they have the least amount of tries this year with 61 in total.

Draw Widget - Round 25 - Raiders vs Panthers

Raiders v Panthers: Here are the best and worst stats for both teams so far this season: