From top-knots to undercuts, there have been plenty of interesting hairstyle choices made by players to grace NRL fields this season.

When researching this hard-hitting piece, it's been interesting to note that in some cases a player might have abandoned a certain cut at some point in the year for a more conservative look, believing an 'out-there' style drew too much attention to the individual and detracted from the greater efforts of the team, with the player miraculously finding form after they went for a trim. The 'Reverse Samson' theory, if you will.

Whether they were inspired by the trends of the day, other athletes, celebrities around the world, or decided to blaze their own trail, these are the top 10 hairstyles to feature in the NRL Telstra Premiership in 2015. While Nick Kyrgios has been making headlines around the globe for all the wrong reasons, Roosters prop Kane Evans has been making an impact from the bench for the premiership favourites. Of recent times, the young front-rower made the decision to sport a blonde streak similar to Kyrgios's. With a statement like that, you've got to back it up with your efforts on the field and Evans is certainly doing everything asked of him in the run home to the finals. A cult favourite among St George Illawarra fans and Immortals alike, the former NYC player of the year is building into one of the most important members of the Red V engine room. Despite surprisingly filling in at halfback in the absence of Benji Marshall it's the middle of the field where de Belin does his best work, and there aren't too many props sporting cornrows with an undercut. De Belin has since reverted to a more 'conventional' top-knot. Before Round 24, Lolohea wouldn't have got much of a look-in on this illustrious list. Someone clearly tipped the Warriors utility off, and his peroxide-aided effort has catapulted the talented youngster into reckoning. With shades of '90s R&B icon Sisqo, Lolohea produced two remarkable efforts against the Cowboys which holds him in good stead for a permanent role alongside Shaun Johnson in the halves in 2016. On his day one of the most devastating centres in the game, Hurrell started the season with an impressive hair/beard combo, eventually going for a trim all in the name of charity halfway through the season. A revelation following his move to the nation's capital, Austin's undercut/goatee combo certainly makes him stand out at stand-off. With one of the best running games in the NRL, the Raiders playmaker is – prior to Round 25 – ranked fifth in the league for line breaks (16) and 10th for tries (14). Matai has been terrorising opponents with his efforts in defence for years, with his trademark cornrows serving him well. With no signs of slowing down, the tough-as-nails centre is currently playing with a broken finger and nose.

Special mention: Martin Taupau – Arguably the strongest man in the game, Taupau is very much in the same class as Matai. 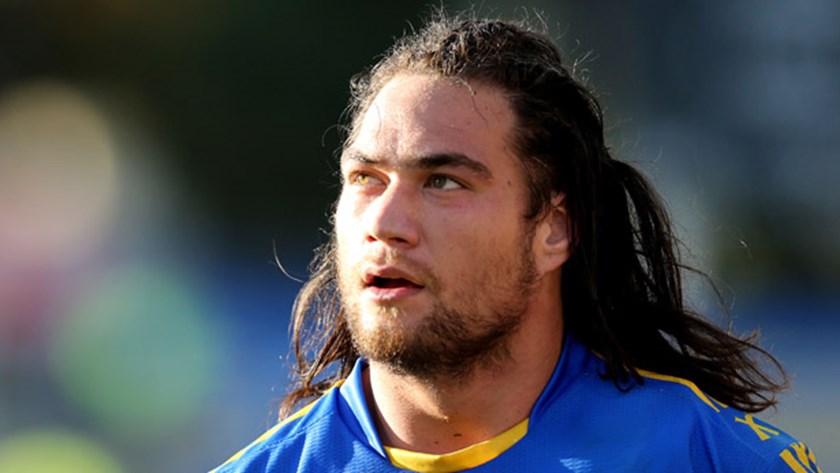 The young Parramatta back-rower is enjoying a solid run of form to close out the season, with many drawing comparisons between Moeroa and club legend Nathan Hindmarsh. In 2015, we've seen Moeroa's locks tied up, let loose, braided, and everything in between. 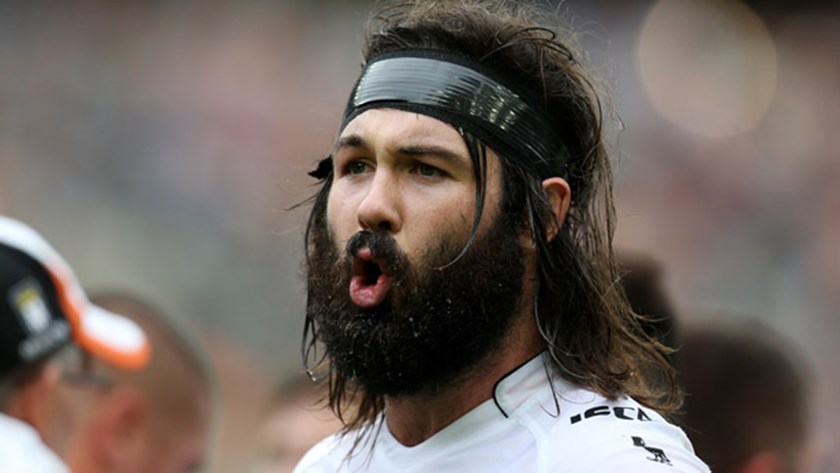 One of the best front-rowers in the game, Woods's hair has been a bone of contention for coaches at club, state, and international level. While he elected to use tape for much of last season and early 2015, it soon became clear that method wasn't helping his cause. Instructed to tie it up by the men with the clipboard, Woods can often be seen with his fiancée's hair ties on his wrist. A shining light for the Wests Tigers out wide in 2015, it remains unclear whether Naiqama's hi-top fade has directly resulted in improved performances on the field. Regardless, whatever's happening is working, with Naiqama featuring in all 22 of his side's game to date and scoring eight tries in the process.

Special mention: Edrick Lee – started the year with an equally as impressive flat-top before ditching it for a more conservative cut mid-season, going on to be named 18th man for Queensland in Origin III. Up until this point, we think we've done an okay job of describing each cut. However, when it came to looking at one of the best rookies of a talented bunch in 2015, we've elected to let the pictures do the talking. It has certainly been a big year for the Warriors centre both on the ground and in the hair.