As a Shark he is supposed to loathe the Dragons, but the Blacktown product within Cronulla back-rower Wade Graham means his rivalry with Parramatta Eels stands out most – his opponent for his 150th NRL game this weekend.

A Penrith fan from way back, Graham may have gone to school in Parramatta but that's exactly where his relationship ends with the place – especially considering the string of grand finals he played against the Eels while still at school.

"I went to Hills Sports High but then I played for Penrith, so there was a bit of chirping in the school yard," Graham laughed.

"We lost the SG Ball grand final to Parramatta and then we won the Jersey Flegg against Parramatta, so it was a rivalry all throughout my juniors and it's always good to get back out there and get into it.

"I remember we had a teacher's aide [Taputoa Rea] and he was playing in Eels' Flegg team [back in 2007] and I was a student playing in Penrith's Flegg team which we won.

"I got back to school and all of my mates were giving it to him because we won, so I have lots of good memories as a kid in games against Parramatta."

The 24-year-old has come a long way since then and will reach a milestone not many his age have reached previously.

Debuting in the NRL while still at school as a 17-year-old, Graham played 42 games for the Panthers before making the move to the Shire in 2011.

Already he is the Sharks' captain in waiting and the City Origin skipper, and while it hasn't been all smooth sailing, it has been a career he is proud of.

"A few boys say it and it's a bit of a running joke, that 'I'm the oldest 24-year-old getting around'. I've been through the ringer, but touchwood we've had a good year, and I have to keep moving forward through life because I've got a long way to go in this game," Graham said.

"I started pretty young at Penrith, probably before I was ready. I was just a bit too young then, but it was a combination of things which led to my debut. First grade weren't going so well and we had a really good Under 20s team so from there I managed to knock out three years at Penrith.

"I juggled injuries and juggled my form and everything was sort of up in the air but then I came to Cronulla and found myself a home. You can throw in the ASADA stuff but it's all good. 150 is another good achievement for me and something I'll look back at when I'm a bit older."

Fellow Blacktown City junior Luke Lewis meanwhile shares a similar love to playing Parramatta as his teammate, and was complimentary towards Graham ahead of his milestone game.

As fate would have it, it was Graham's now back row partner Lewis who he played alongside in the halves when he debuted back in Round 15, 2008.

"I've played a lot of football with Wadeo out at Penrith and here at the Sharks. I'm very fortunate to have played alongside him for most of his career and it's good to see him change from a kid to a man and the way he has on the footy field," Lewis said.

"The way he's matured through footy too, he knows the game inside and out. He has a big future in front of him still and to play 150 at his age is outstanding." 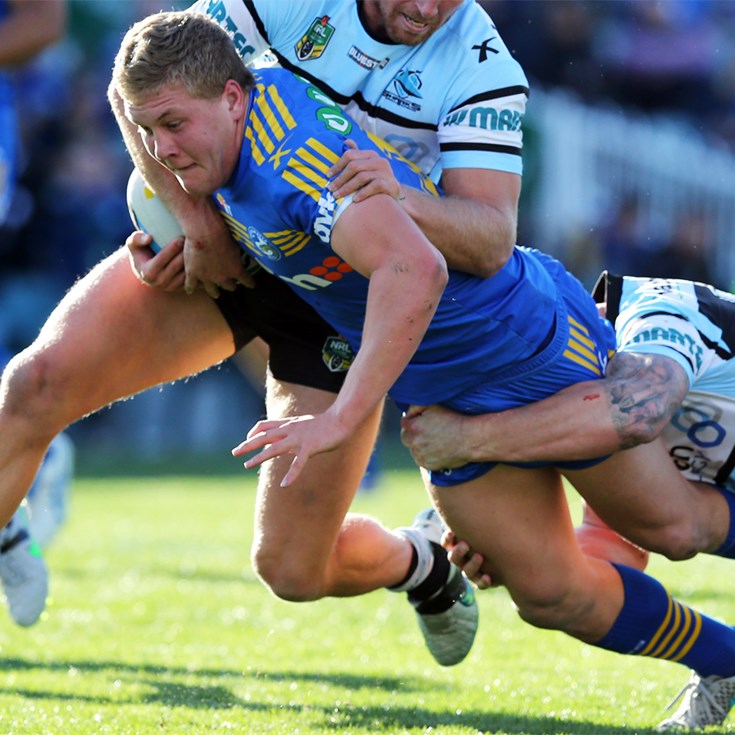 Cowboys out to emulate Storm: Green