Cowboys hardman Ben Hannant has admitted that witnessing fellow front-rower James Tamou laying motionless on Mt Smart Stadium two weeks ago was the most nervous he has ever been on a football field.

A veteran of the front line for over a decade, Hannant is no stranger to copping hard knocks but what he saw first-hand was something else entirely.

Coming to the club in the off-season, Hannant quickly connected both with his teammates and the North Queensland lifestyle, which made the sight of one of a colleague in distress all the more concerning.

“That’s probably as nervous as I’ve ever been on a field when I saw him down, and especially because he’s got a young family,” Hannant said on Wednesday.

“It’s going to be great to have him back and just training yesterday, he’s excited to be back, and on the physicality side of things we had a wrestling session and he didn’t miss a beat. So he will be back full strength.”

Tamou’s injury was less severe than originally feared, yet his teammates were in a state of shock where little was said in the extended break as medical staff took all necessary precautions.

While the Cowboys carved up Mt Smart Stadium with 50 unanswered points, Tamou was carted to hospital for scans, where he would later get back in contact with teammates.

“Being able to speak to him that night [was a relief],” Hannant said.

“I don’t know if I could do it – to be able to have your neck fused then re-injure it, obviously not as bad.

“He’s a tough man and he’s someone who does all the extras. He’s always in the gym and doing the extras to make sure he’s right. That’s a credit to him and it’s an asset to us, him working so hard to be able to get back so soon.”

Tamou’s return is a much-needed boost for a forward pack that has been pulverised three times in the last four weeks.

In potentially worrying signs, the dreaded word ‘confidence’ has reared its ugly head at Cowboys HQ, and Hannant says this week is pivotal to going into the finals with full belief.

“Confidence is a big part. [We will be happy] if we can put the perfect package together with attack and defence, goal-line defence, kick-chase,” he said.

“This is the last chance to get it right before the serious stuff starts.

“We’ve been wrestling really well, we’ve worked hard and I think our goal-line 'D' especially on the weekend has been the best it’s been all year.

“It’s getting exciting now. We’re excited now for the finals, but we have one last chance to get it right.” 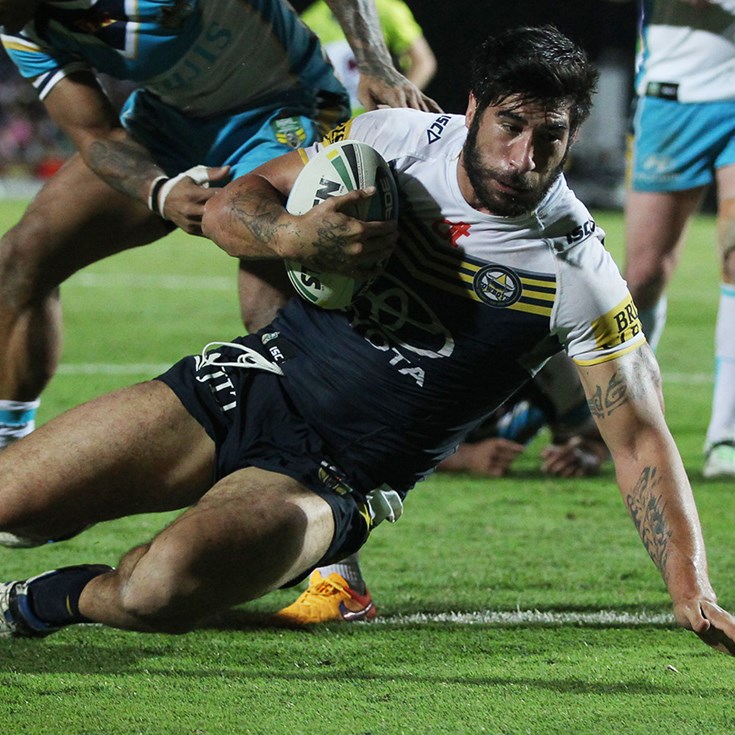 Tamou back with bang, Morgan doubtful

Mortimer ready to face half truths