The Queensland derby never fails to excite fans from across the state and the mouth-watering qualifying final between the second-placed Broncos and third-placed Cowboys will be no exception.

From Tweed Heads to the Torres Strait and everywhere in between, all eyes will be fixed on what is sure to be another glorious chapter in a rivalry that's been simmering away for 21 seasons.

There have been some tight tussles and occasional floggings handed down over the years, but Saturday night's Suncorp Stadium blockbuster is arguably the most importance clash between these sides since the Cowboys entered the competition in 1995.

The equation is simple: the winner gets a week off and only needs to win one more home game to make the grand final, while the loser will walk a finals tightrope in order to make it to the decider in the first weekend of October.

If the Cowboys want to be that winner they'll have to start correcting their trend of conceding the first try in games.

The Cowboys have been notorious slow starters in 2015 and have conceded the first try in 15 of their 24 games, including their last six matches to end the regular season.

The NRL's comeback kings have managed to win 10 out of those 15 games when falling behind, but handing such a start to the Broncos on their home turf is ill-advised.

Cowboy's coach Paul Green will emphasise the importance of a fast start against Brisbane, with the Broncos winning 15 out of 18 games this season when they've scored the opening try.

The form of both teams heading into the finals has been mixed – both have won two out of their last four games – although Brisbane's wins have come against teams inside the top eight (the Dragons and Rabbitohs), while the Cowboys' wins have been against the 13th-placed Warriors and 14th-placed Titans.

Michael Morgan returns from an ankle injury for the Cowboys and slots straight in at five-eighth with Ray Thompson dropping to six-man bench.

Watch out Broncos: Forget Johnathan Thurston, Lachlan Coote or Michael Morgan for a moment because ex-Bronco Jake Granville shapes as a real x-factor for the Cowboys in September. The 26-year-old has been a revelation for the Cowboys since linking up with his former Wynnum Manly Seagulls coach Paul Green, who he won back-to-back Intrust Super Cup titles with in 2011 and 2012. The Rockhampton-born rake has played in every one of North Queensland's 24 games this season and saved his best performance of the year for last weekend when he tore the Titans to shreds. Granville scored a try, made a line break and laid on two try assists in an inspired display against the Titans and will be looking to repeat that dose against his former club, with the Cowboys No.9 averaging just under seven runs from dummy-half per game this season.

Watch out Cowboys: Once again let's look beyond the obvious threat that Brisbane pose with halves Anthony Milford and Ben Hunt and focus on someone with 24 games of finals experience – Corey Parker. Brisbane's workhorse had a storming game against an out-of-sorts Cowboys at Suncorp Stadium in Round 3, making 188 metres from 22 carries, 24 tackles, three offloads, one line break, a try assist, and crossing for a try of his own while kicking six goals from eight attempts. He is battling to overcome a hamstring twinge ahead of Saturday's game, but another performance similar to his exploits from earlier in the season could lift the relatively inexperienced Broncos towards a potential home preliminary final in a fortnight's time.

Key Match-Up: Matt Gillett v Gavin Cooper. It's hard to preview any game the Cowboys are involved in without talking about Johnathan Thurston. However, being a 13-man game 'JT' can't do it all on his own and behind every good playmaker there's an even better back rower willing to protect his side's star player. With their partnership evoking memories of Tonie Carroll and Darren Lockyer, it's in attack where this pair shines the brightest. Cooper has made 160 decoy runs this season – the most out of both sides and two more than fellow back rower Ethan Lowe – and it's these runs which will have the Broncos' right-edge defenders in two minds, especially with Thurston lurking in and around Cooper as he usually likes to do. Origin forward Matt Gilllet will be tasked with containing Cooper and company on Saturday night. Gillett is a big-game player and is sure to rise to the occasion against the Cowboys after Brisbane's right edge was exposed during last weekend's loss to the Storm. Rookie Ash Taylor was defending between Gillett and Hodges before he came off injured, although the return of Ben Hunt this weekend should help with defensive cohesion on that side of the field.

The History: Played 41; Broncos 28, Cowboys 11, Drawn 2. These sides have met twice already this season with Brisbane winning by 22 points in Round 3, while the Cowboys won by half that margin in Round 10. Brisbane has won three consecutive matches against the Cowboys at Suncorp Stadium with their last loss coming in Round 2, 2012 courtesy of a 79th-minute Matt Bowen try. Clashes at Suncorp Stadium have been tight in recent years with six out of the past seven games decided by six points or less, with the Broncos victorious on five occasions.

Did You Know: Cowboys coach Paul Green has played with and against current Broncos Justin Hodges, Corey Parker and Sam Thaiday. Best known as Cronulla's halfback for five seasons during the 1990s, Green joined the Cowboys and the Roosters for two seasons each before playing one year with Parramatta and ending his career in 2004 with the Broncos. Green played five games for the Broncos under Wayne Bennett has coached against his former mentor on four occasions (for two wins) since making his NRL coaching debut last year.

What Are The Odds: Sportsbet punters are keen on the juicy price on offer for the Cowboys in head-to-head betting, with 60 per cent more money invested on the visitors. Brisbane 1-12 ($3) is still the most popular winning margin, while Corey Oates ($9.50) has been the best backed to score the opening try. Latest odds at Sportsbet.com.au.

The Way We See It: Home ground advantage is a huge factor in the Queensland derby with the past five games played between these sides won by the home team. There have been three finals played between these sides (all in Townsville) with the Cowboys winning all of those matches. As mentioned above, a fast start is crucial because playing catch-up in finals football is a much harder task to achieve than during the regular season. It'll be a tough slog for the winner, but with 50,000 fans cheering them on the Broncos should prove just a little too good for their Queensland cousins. Broncos by 8. 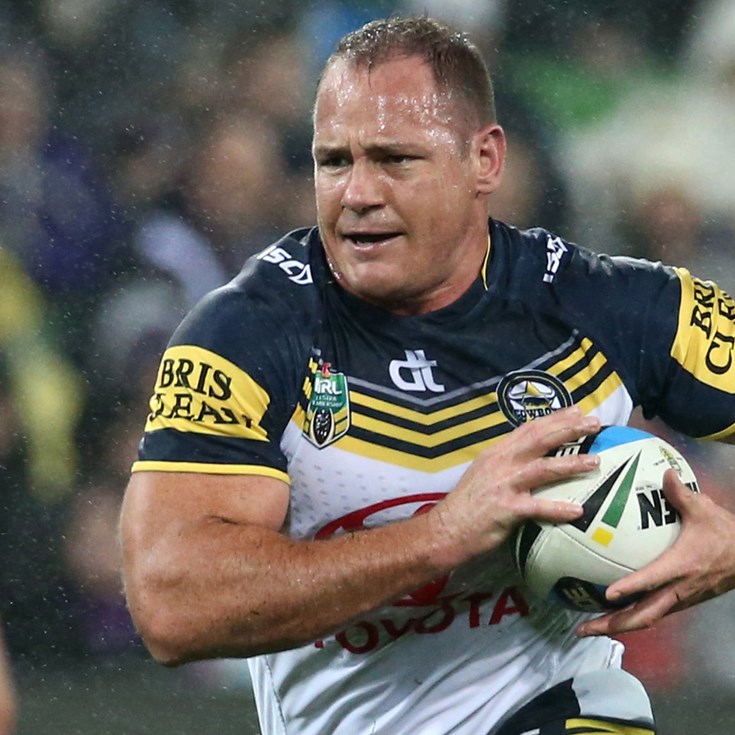