Renown for a blow up or two in his time, Bulldogs coach Des Hasler remained diplomatic in regards to Roosters prop Kane Evans's contentious try in his side's season-ending 38-12 loss on Friday night.

Ultimately shying away from expressing his thoughts on the 51st minute try, which threw the game wide open for the Tricolours who were only up 8-4 at the time, Hasler instead lamented his side's poor handling of the ball rather than dwelling on Evans's try.

In saying that, the Dogs coach did call the decision to award the try – which looked to be a double movement upon seeing replays – the turning point of the game.

"I think at the end of the day, whether it was or wasn't a try, it was probably more the focus on the whole game with the ball. I thought the start, we came out, the intention was really clear. But that's about where it finished," Hasler said post-game.

"We were really poor with the ball. You don't even have to know anything about stats to do with the game, but to come up with 23 from 35 on one of the biggest nights of the year was just really disappointing for the side and for the fans.

"We really didn't give ourselves much chance to do anything even in areas of the field where what you call good ball areas which is unacceptable. The fact is they were probably just as bad as us in the first half.

"We came out straight after half-time and went back-to-back-to-back errors. And of course the turning point comes around. But you give a side like the Roosters that much field position and possession and eventually it's going to wear you down.

"And that's what was really disappointing. I just don't think we gave ourselves a chance at all to get into the game and we've got an off-season to think about it.

"It probably wasn't a try and the referee went with his call. The referee called it a try and the video referee probably didn't have enough evidence to overrule. At the end of the day, was it a turning point? It's all speculation now."

Hasler has a point considering there were 25 errors combined from the game – with almost two-thirds of them coming from both teams' outside backs.

While the game copped a heavy downfall half an hour before kick-off Hasler nor captain James Graham were using that as an excuse.

"It's not like we've never played in the rain before. I don't even think [the rain] was that bad. It was just our execution let us down at times," Graham said.

"It was disappointing to put that performance in with the ball after we'd worked, it was quite clear, pretty hard in defence. Our attack just let us down."

Hasler ended his final media duties for season 2015 by revealing his preference to take out this season's premiership.

"Any of the five remaining sides can win it. That's an opinion," Hasler laughed.

"The [Roosters] would want to play a bit more disciplined than that but I think they know that." 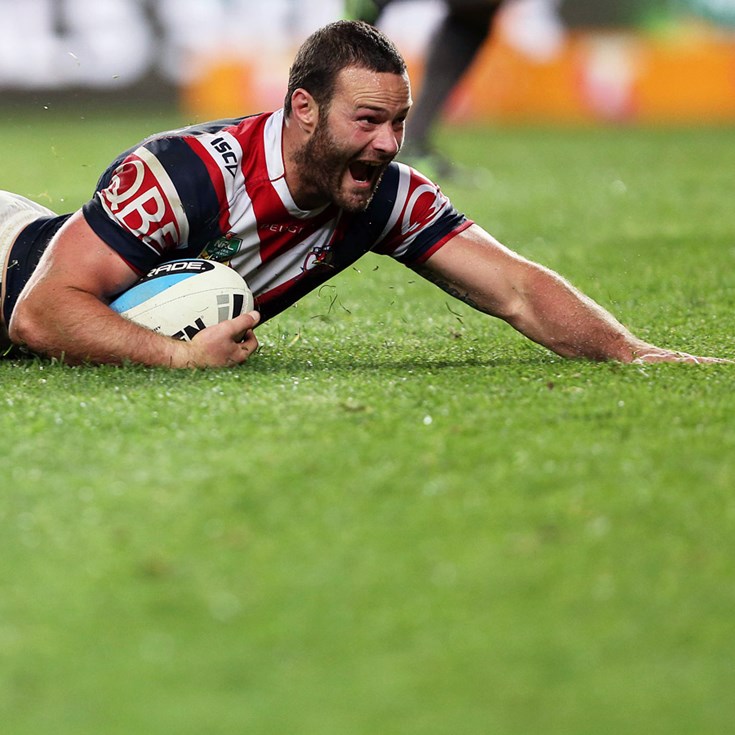