With big-game players on both sides of the park the stakes could not be higher in Saturday night's preliminary final.

The Cowboys are desperate to book a grand final berth, 10 years after they last made an appearance in a title decider, while the Storm are looking to enter the big dance for the sixth time in 10 years.

With 17 wins this year North Queensland are poised to turn their greatest ever home-and-away season into a maiden premiership triumph.

Standing in their way will be a Melbourne side who (pardon the pun) have hit a purple patch right when it matters most, with their last three wins coming against the only other sides left in the premiership race.

The Storm's winning run included a 14-6 win over the Cowboys just three weeks ago at AAMI Park, a result that put an end to the visitors' minor premiership aspirations. After turning the finals series on its head in week one with an upset win over the Roosters, Craig Bellamy's side's confidence will be sky high.

So too should North Queensland who put the Sharks to the sword last week with a 39-0 dismantling. However they have not strung two wins together since early August and could not ask for a better time to do it than on Saturday night.

Melbourne have their injury concerns, most notably their leading try-scorer Marika Koroibete who is racing the clock after suffering a lacerated Achilles in the qualifying final. Jordan McLean and Tim Glasby are also battling knee complaints but look set to take their place in the side, heavily taped. The Cowboys have named an unchanged 17, with Ray Thompson again added to a five-man bench.

Watch Out Storm: More of Morgan – Michael Morgan did not play the last time these two teams met back in Round 25. The Storm took the points in a hard-fought game as the Cowboys returned to old habits in heavily leaning on Johnathan Thurston. Morgan's importance to his side was glaring that night, as it was last week when he finished the game with three line breaks, two tries and a try assist. Melbourne's last three wins have been against the Cowboys, Broncos and Roosters however Morgan, Ben Hunt and Mitchell Pearce did not play in any of those games. That means for the first time in a month Cooper Cronk and Blake Green will be up against an opposition with its complete halves pairing.

Watch Out Cowboys: The Purple Wall – Melbourne's late-season surge has been on the back of their impenetrable defence. The Storm have allowed just eight tries from in their last five games and that is against the very best sides in the competition. North Queensland did score the second most points of any team during the home-and-away season but have managed just four tries from their two games against Melbourne this year. If the Cowboys are to win on Saturday night, the purple wall must be breached.

Key Match-Up: Jesse Bromwich v Matt Scott – There is no denying the matchup of Johnathan Thurston and Cooper Cronk is a mouth-watering prospect however the battle of the two front-rowers will be crucial in putting their respective halfbacks into territory to do some damage. Bromwich dominated back in Round 25 with 214 metres and 37 tackles while Scott showed how invaluable he is to the Cowboys as he monstered the Sharks up the middle. Finals games are often won or lost up the middle and Saturday night's preliminary final shapes as no exception.

The History: Played 29; Storm 20, Cowboys 9. North Queensland have won three of the past five but have won only twice in their 11 trips to Melbourne.

What Are The Odds: Storm v Cowboys - There is 50 per cent more money invested on the Storm, with Sportsbet punters keen on the juicy price available on the home side. Both sides have been backed to win the game 1-12 which suggests we may be in for a tight one. Antonio Winterstein and Kyle Feldt are the best-backed options in the first tryscorer market. Latest odds at Sportsbet.com.au.

The Way We See It: Both games this year between the two have been close and this shapes more of the same. The week off may give the Storm the edge, especially in the second half if the game remains in the balance. Storm by 6. 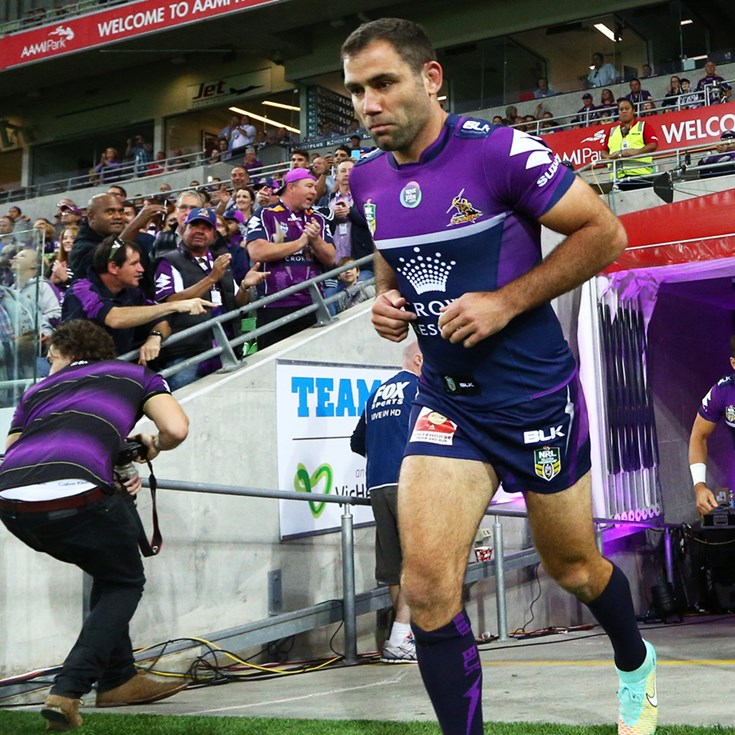