Broncos halfback Ben Hunt has spent much of the past two weeks working on the impossible: finding a way to take Roosters fullback Roger Tuivasa-Sheck out of the game.

On Thursday Brisbane coach Wayne Bennett praised the way his team had limited the impact Tuivasa-Sheck had in the Roosters' 12-10 victory over the Broncos in Round 24 but the raw numbers show the most prolific runner in 2015 amassed 331 metres on that night alone.

In Round 6 Tuivasa-Sheck's output at Suncorp Stadium was an astonishing 288 metres from 29 runs and in 26 games thus far he has run for 6,255 metres (more than 2,000 more than next best Paul Gallen) at an average of 240 metres per game.

More than the metres he gains for his team as an individual, the effect of Tuivasa-Sheck's kick returns significantly reduce the distance his forwards have to trek back and generates momentum for the Roosters' sets from the very first tackle.

There has never been a game in Hunt's 138-game career to date where his kicking game has been more important to the outcome for his team, which is why so much time preparing for the Preliminary Final has been spent putting boot to ball.

"Plenty of tuning up on that this week," Hunt said of his kicking game.

"They've got one of the best back-threes in the competition. They can hurt you right across the board and we've just got to keep that ball away from them as much as possible.

"Kick to the grounds and have a good line coming down on the kick-chase.

"[Tuivasa-Sheck] is definitely up there with the top fullbacks. You try and get him away from where you're trying to kick but he's just too fast.

"If you don't put it on the right spot he's there really quick and catching it on the full and back into you. You've got to be right on top of it."

Bennett didn't shy away from the fact that Hunt's kicking game would be of extra significance on Friday night but backed his No.7 to execute in a way to give the kick-chase team a chance to limit Tuivasa-Sheck's influence.

"That will be important. You don't want to just keep putting them down his throat and coming onto the ball at full pace because he will take some metres off you," Bennett said.

"That's something we've got to do. Last time we played them we did it pretty well so pretty happy with that."

Over the course of the season the Roosters have averaged close to 100 more running metres than the Broncos with outside backs such as Tuivasa-Sheck, Daniel Tupou, Shaun Kenny-Dowall and Blake Ferguson doing plenty of grunt work early in the tackle count.

The Broncos have been guilty of giving up metres down the field before defending their goal-line but Hunt knows they can't afford to give the most potent attacking team in the competition head-starts to their sets.

"You get a good kick-chase down and they've got two big wingers coming at you and centres like Ferguson and [Michael] Jennings flying into you as well so your first two or three tackles you've really got to control that set so they don't get a roll on," Hunt said.

"The first two or three tackles, you've really got to control that area and if you can slow that down and get your line set and get up and get into their forwards it doesn't let them get some momentum going.

"If they get a quick play-the-ball on the first or second tackle their forwards come rolling onto the ball and you're on the back-peddle for the whole set.

"We've got to win those first couple." 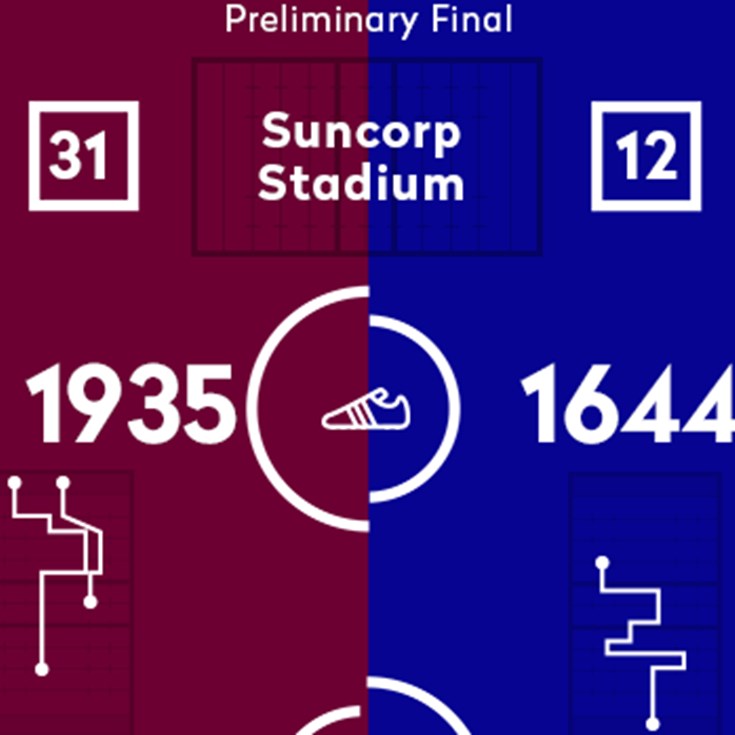