Sleep-deprived and craving food, Anthony Milford came to the realisation that he couldn't climb this hill on his own.

The pre-season boot camp designed to test the physical and mental limitations of the 2015 Broncos squad in searing Brisbane summer heat was about to claim another victim.

If he'd quit it would not have diminished Milford's freakish ability on a football field but his teammates needed to know they could trust the new kid, and him them.

Those same men who helped him up that hill some eight months ago now have the 21-year-old within reach of rugby league's greatest summit, the Provan-Summons Trophy and the Telstra Premiership.

Throughout the course of the season a number of Broncos players have spoken of the bond that was forged in helping each other through the pre-season boot camp but none have provided such a compelling analogy as the little five-eighth.

He wouldn't even say which players in particular helped him reach the top when it became too much to accomplish by himself, saying only that "it was a team effort".

"There were obviously some tough times," Milford told NRL.com.

"There was a time there when we had to climb a hill and a few of the boys – including myself – struggled to get up but everyone played a part and kept egging us on to try and make us better.

"We did that to get up the hill and that's the trust that built and the belief has helped in the games this year and to get to where we are now.

"[The worst part was] the lack of sleep and lack of food. If we were to get good food and sleep in a bed and have a shower and things like that, I think I would have been all right.

"But the fact that they put us in nowhere, no blanket, no nothing, that was the most difficult part for myself.

"There are times there when I struggle on the field but my brain just takes me back to those bad places.

"That definitely tested the mental strength and hopefully he got the best out of me."

Growing up in Inala in Brisbane's south, Milford was 12 years of age and a mad Broncos fan when Brisbane last played in a grand final.

"We done him, we won, that was the most important thing," Milford said, playing down any personal heroics.

The trio now all have crucial roles to play in Brisbane's attempts to win a seventh premiership and Milford is encouraging his lesser experienced teammates to revel in the moment.

"I was trying to tell them to enjoy it and from the older boys, this opportunity doesn't come very often so we have to take it with two hands.

"I'm trying to embrace the week and enjoy it as best as I can and I just can't wait for Sunday."

It's a rare display of maturity of one still so young but when it comes to taking his mind off football, there are a couple of tell-tale signs to his youth.

"I'm sure I'll get nerves but they'll be good ones. I'll watch TV, play PS4, chill out," Milford said of his pre-game routine.

"We play Madden, soccer and the NRL game.

"I play as the Broncos, or Queensland."

Just like thousands of kids throughout the state with similar dreams of grand final glory. 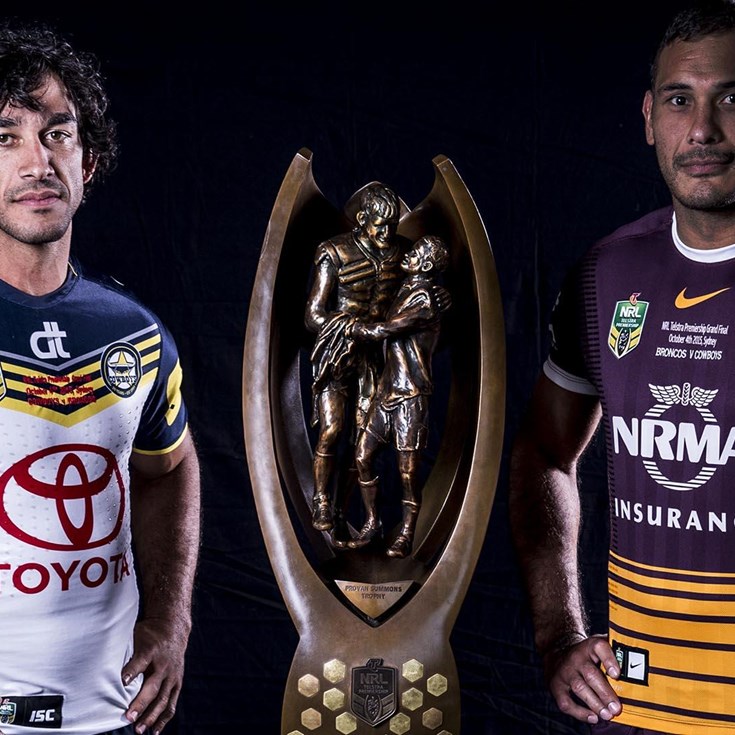