Forget the doubters, these veterans and rookies delivered more in 2015 for their respective teams than perhaps any of us thought was possible.

Anyone who has seen Lolohea's YouTube video of his days playing school footy or even made note as he progressed through the 20s knew of his talent but in his first full season of first grade the 20-year-old became an integral member of the Warriors team. Starting the year deputising for the injured Sam Tomkins at fullback, Lolohea was switched between centre and wing before being tasked with the unenviable assignment of filling Shaun Johnson's shoes at halfback for the final month of the season. Having played three games in 2014, Lolohea missed just one this season and scored 11 tries and kicked 13 goals to be one of the Warriors' real bright spots for 2015. Capped his rookie season with selection in the Kiwis squad for the tour of England.

Wests Tigers fans were happy to see the back of him and the welcome awaiting Blair in Brisbane was not immediately cordial, the Kiwi enforcer dubbed 'Teddy Blair' after a quiet night in Round 2 against the Sharks. But he took that in good humour and then set about proving all his critics wrong with a ferocious contribution to Brisbane's charge to the grand final, teammates full of praise for involvement that often fails to show up on the stats sheet. Blair averaged less than 100m and 30 tackles in his 23 games this season but his ruthless kick pressure, relentless work in the middle and inspirational big hits reminded everyone in the space of one season why he was once regarded as one of the game's best forwards.

Fellow front-rower Mike Cooper said he was "finally getting the credit he deserves" but there was no question Leeson Ah Mau took his game to new heights in 2015. In his fourth year at St George Illawarra, the former Warrior and Cowboy was the only Dragons player to feature in all 25 games for the club this season and was voted by his teammates and the coaching staff as the player of the year. The 25-year-old averaged 114 metres per game and started every game in the front row, often coming up with inspirational charges in his second stint on the field. Ah Mau's career could easily have been one that ended early but it appears he is only just getting started.

Thirty minutes into the grand final Jake Granville was the standout candidate as Clive Churchill Medal winner, a far cry from playing in the Intrust Super Cup with Wynnum Manly 12 months ago. Now 26 years of age, people had kept an eye on Granville ever since he made the move from Rockhampton but over two seasons in the Broncos NRL squad he played just 10 games. He was one of only two Cowboys players to appear in every game of their premiership-winning campaign and had locked in the starting hooker position a month into the season. His former coach at Wynnum Paul Green knew what was untapped and found a way to unleash Granville's speed and skill on the biggest stage in a year in which he topped all hookers for tries and line breaks with 10 apiece.

Those who watched plenty of Intrust Super Cup in 2013 – particularly those based in Rockhampton – knew there was something special about Cameron Munster. He represented the Queensland under-20s last season after joining the Storm and played one NRL game but it was the injury to Billy Slater midway through 2015 that allowed his talents to come to the fore. Seen by many as the death-knell of the Storm's season, Slater's absence gave Munster time to shine and he responded by adding an extra dimension to the Melbourne attack that sent other clubs into a frenzy. Contracted to the Storm until the end of the 2017 season, Munster averaged more than 177 metres from his 19 games and had greats of the game singing his praises from the commentary box. The big question is which position he will eventually make his own.

A star junior, Green initially struggled to find his way in the NRL, playing 43 games with the Eels, Sharks and Bulldogs before leaving for England to play with Hull Kingston Rovers in 2011. But it was a two-year stint with Super League powerhouse Wigan that showed that Green still had plenty to offer and at 29 years of age he returned for his first game in the NRL in more than four years with the Storm. Green's experience through the Origin period was crucial to keeping Melbourne's finals hopes on track and his measured yet instinctive style of play complemented that of halves partner Cooper Cronk superbly. He was the only member of the backline to play in all 26 games and his eight tries, 10 try assists and 13 line-break assists at five-eighth were something of a godsend in what had been a difficult position to fill after Gareth Widdop's departure in 2013.

Unwanted by the Warriors, Agnatius Paasi flew into the Gold Coast with nothing more than a 'train and trial' contract and carrying more excess baggage around the mid-riff than most NRL aspirants should. But the talented forward worked hard, impressed in a trial at Toowoomba against his old club and by the end of the year was winning man of the match awards and high praise from his coach, Neil Henry. With his partner and young son at home in New Zealand, Paasi caught the bus to training for much of the year but showed enough in 18 games for the Titans that he earned a new two-year deal. Defensively there is still work to be done for Paasi but with his family to join him on the Gold Coast in November there will be plenty of incentive to continue to work hard.

Once players head to England from the NRL we rarely expect to see them back here and certainly not a better player than when they left if they do. When Soliola left the Roosters at the end of the 2009 season to join St Helens he was a blockbusting centre who had played 12 Tests for the Kiwis but was immediately transformed into a back-rower who was next to impossible to contain. Signed by the Raiders at 28 years of age, Soliola proved to be exactly what a young Canberra team needed, his bone-rattling defence matched with a cool head that saw him named the club's player of the year and recipient of the Mal Meninga Medal despite missing the last five games of the year with injury. One of the most astute recruitment decisions of the season.

It's so Gen-Y that Jake Trbojevic chose to bypass 'settling in' to first grade and simply started mixing it with the hardest heads in the game when he was named on the Manly bench for Round 2 less than a month after his 21st birthday. A highly regarded junior all through the grades, Trbojevic's accelerated development in 2015 saw him rip the South Sydney pack to shreds in Round 22, named winner of Manly's Best and Fairest award ahead of some of the game's elite players and represent the Prime Minister's XIII in Papua New Guinea. We knew he was good, we just didn't think he would be this good this quickly.

There were less than 10,000 people at Wollongong to see Sio Siua Taukeiaho make his first grade debut for the Warriors in a Round 26 game with no finals implications in 2013 but it's fair to say the rugby league world knows all about him now. Taukeiaho's transformation from misdirected teen came full circle with his selection in New Zealand's squad to tour to England after a season in which he had strong claims as NRL rookie of the year. In a Roosters forward pack laden with representative talent, Taukeiaho caught the eye with his tremendous impact off the bench that forced coach Trent Robinson to eventually find a spot for the 23-year-old in the run-on team. It may be a tricky one for commentators to pronounce but now everyone knows the same Sio Siua Taukeiaho. 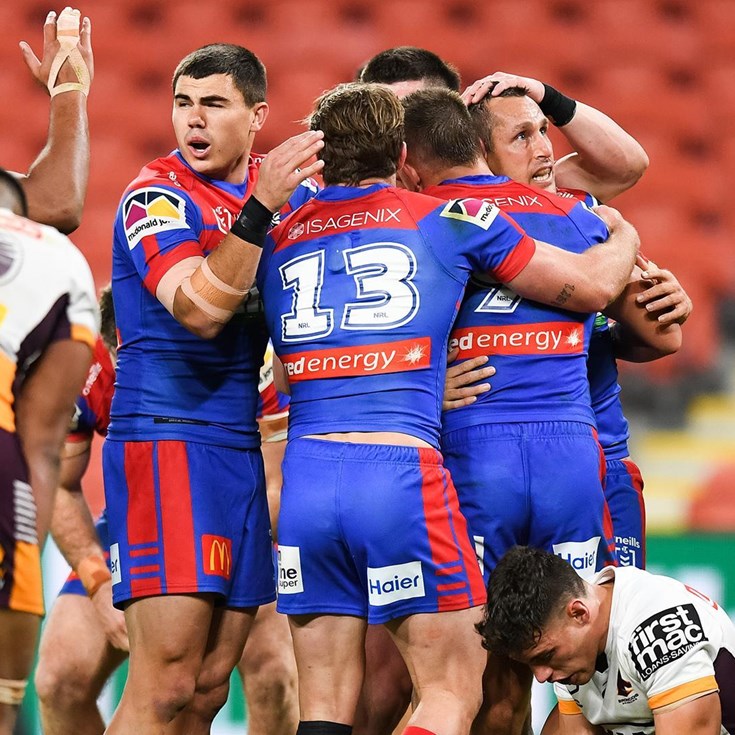