Queensland managed to get off to the best start possible in the State of Origin series when a Cooper Cronk field goal proved the difference in one of the more dour Origins in recent memory. The Broncos contingent of the Maroons backed up on the Saturday and combined for one of the best tries of season 2015 in their win over the Raiders. The Roosters handed the Storm a huge defeat but it had nothing on the Dragons' flogging of the Sharks in the local derby at Kogarah. The Knights were denied a win over the Warriors when Ben Matulino was ruled to have scored – though replays suggested he had failed to get the ball down. The Eels downed their Western Sydney rivals Penrith at the foot of the mountains while the Cowboys left it to the bell to sink the Sea Eagles.

NRL Telstra Premiership ladder after Round 12: 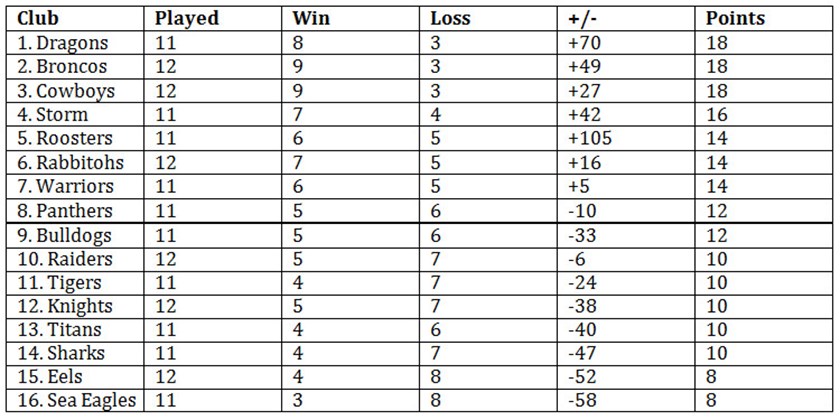