As New Zealand co-captain Adam Blair prepares for an 11th-hour fitness test, England players have vowed to stare down the Kiwis' new throat-slitting haka when they face it for the first time.

Brisbane's Blair has been elevated to the starting line-up along with prop Sam Moa, for the First Test at Hull's KC Stadium, with Martin Taupau's headline-grabbing week sent to end on the bench along with another of last week's starters, Ben Matulino.

It was in that game against Leeds that Blair suffered what looked to be a serious calf injury. His D-day is at the match venue on Saturday

Another talking point from the 34-16 win over the Super League champions was the new Kiwis haka, approved by Maori elders, which includes a throat-slitting gesture that attracted criticism of the All Blacks four years ago.

While some rugby union identities were squeamish about the blood-curdling action, England coach Steve McNamara and his charges are relishing an up-front audience.

"Everyone's an individual," said back-rower Brett Ferres. "Some might not watch it, some look at the floor, some think about what they're doing.

"I enjoy the haka, I always have, watching on tele, so to be right in front of it ... it's enjoyable and I like the tradition behind it for New Zealand as a country.

"Obviously it gets the hairs on the back of your neck standing and you're ready to go then and you're getting ready for a game."

Hooker James Roby said of opposite number Issac Luke "He's at the front of the haka, isn't he?

"I think the haka is fantastic. They whole tradition, the heritage... I tend to just watch.

"I think every kid loves watching the haka, be it New Zealand or Samoa, all the countries that do it.

"Have they not done [the gesture] before? I guess they're trying to intimidate, aren't they? It just kind of gets you fired up for the game and you know it gets them in the right frame of mind and they're gonna come out all guns blazing.

"So we're going to have to match that and maybe go over the top of it if we can."

Coach McNamara said it would be a "mistake" to advance on the haka.

"We just respect it, respect the tradition of what New Zealand have got," he said.

"It's part of the game when you play New Zealand. We just stand and respect it.

"I think teams have made mistakes in the past by doing some of that stuff (advancing).

"I noticed [the new gesture]. They can do what they need to do. Whatever their tradition is." 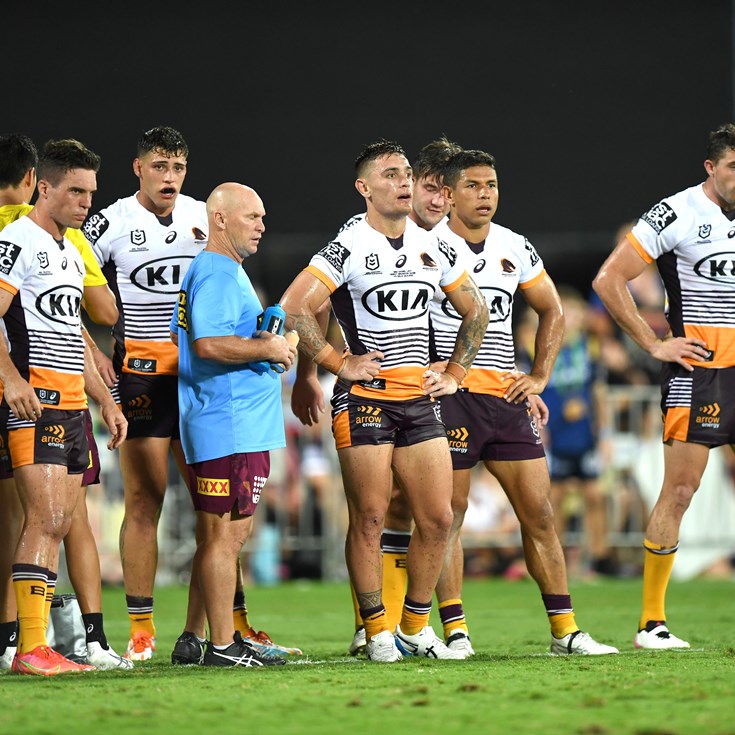