The Knights and Eels produced two of the upsets of the year in Round 24. With the Sea Eagles and Dragons duking it out for a top eight spot, it was Manly who fell at the first hurdle when Parramatta handed them a Brookvale beating. Similarly the Storm's top four chances took a massive dip when the Knights headed south and completely frustrated Melbourne out of their game plan to record a big win. Defence won the day for the Roosters against the Broncos in a top-of-the-table clash – though it came at a price, with Mitch Pearce and Jared Waerea-Hargreaves injured in the contest, while the Sharks and Cowboys handed out floggings to the Wests Tigers and Warriors respectively.

1. 'What on earth is Wayne Bennett thinking?' by Tony Webeck

2. 'There's only one Jarryd Hayne' by Tony Webeck

4. 'Injury-wrecked Roosters hold on in epic' by Chris Kennedy

NRL Telstra Premiership ladder after Round 24: 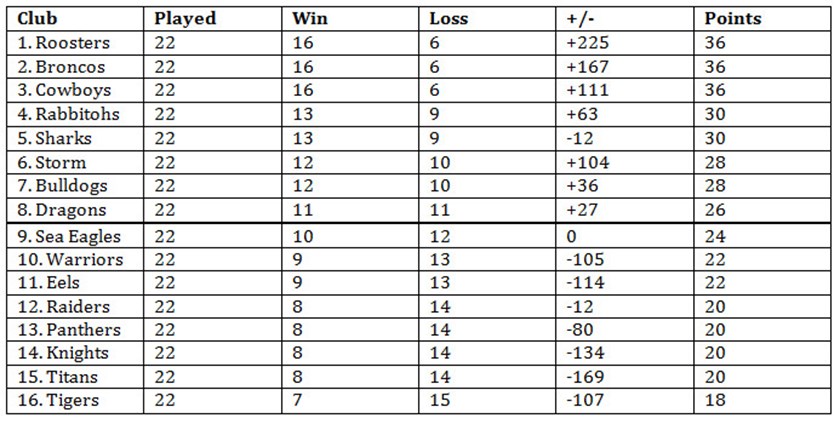