In the face of withering scrutiny, 20-year-old New Zealand halfback Tuimoala Lolohea argues his combination with makeshift five-eighth Peta Hiku improved in the First Test against England and will move to another level in Saturday's second match.

Kiwis coach Stephen Kearney made changes only to his bench for the return clash with England at London Olympic Stadium on Saturday, with Kodi Nikorima dropping out of the top 18 and Sio Siua Taukiaho missing out on the entire 19-man squad.

But all the focus will be on Lolohea and Hiku after the Kiwis fell away badly following a good start to their 26-12 defeat in Hull. Lolohea believes he and Hiku improved significantly from the Leeds tour match to KC Stadium

"I think we were better than last week and I know that's going to keep getting better each week," said the Warriors young gun.

"It was hard for us in the second half when we were just under the pump. But if we'll keep building and we'll complete our sets."

Coach Stephen Kearney opted for the young halves in preference for the experienced Benji Marshall, who underwent surgery when told he wasn't required.

Lolohea is still digesting the sights and sounds of England and the intensity of international rugby league.

"It was a bit different, a big step in my career. We had a good first half. We made a lot of errors and it didn't give us the best chance in the second half," he said.

"We just didn't complete our sets.

"The crowd over here is pretty good. The Leeds crowd was outstanding and Hull was pretty loud too."

England has retained the same extended squad from last week. Prop Mike Cooper is in doubt with a knee injury but minor unforced changes would not surprise, with back rower Elliot Whitehead thought to be under a little pressure to retain his starting spot. 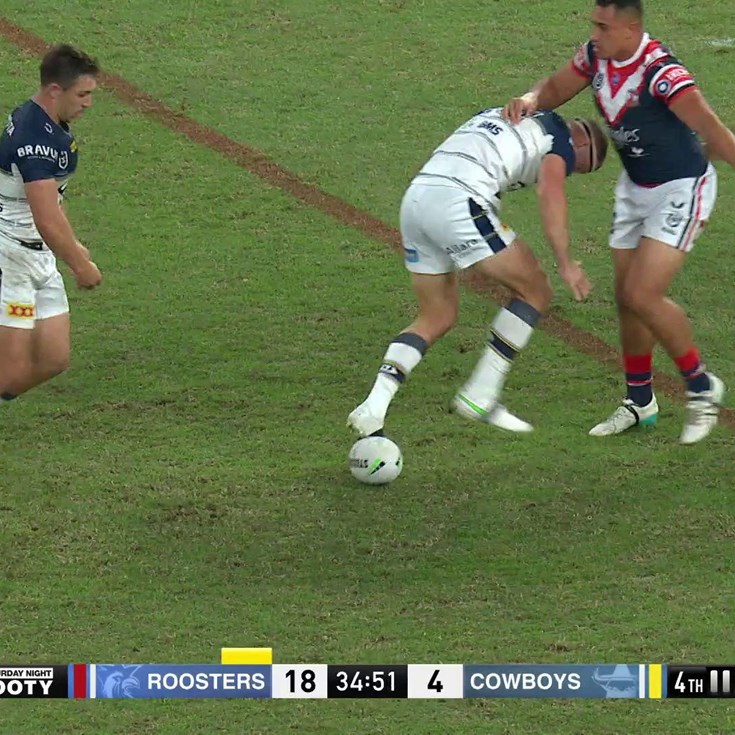 Robson the creator for Drinkwater

Cowboys get their first through Bowen