While outside backs make the highlight reels and playmakers win the plaudits, anyone involved in rugby league will tell you it's your forward packs that win you games. We've taken a look at what we think are the five best all-round packs in the NRL and it's no surprise a good pack translates to on-field success.

One of the biggest packs going around, the Bulldogs stop their size being a weakness by virtue of the huge workrate of starting props Aiden Tolman and skipper James Graham, who has claims to being one of the best in the world in his position. Sam Kasiano off the bench is one of the biggest players in the NRL but one of the most skilful big men you'll ever see, with soft hands and great vision. Blues forward Josh Jackson was a deserved Dally M second rower of the year while Kiwi international lock Greg Eastwood doesn't get the plaudits he deserves. Toss is towering youngster Shaun Lane, underrated prop Tim Browne and former Kangaroo Tony Williams to come back from injury and you have one mighty intimidating pack.

How did this happen? You take a stack of international forwards (Watmough, King, Glenn Stewart et al) out of a pack and no doubt they'll struggle. For years, you'd think. Not Manly, who after an underwhelming 2015 where their pack was exposed, just went out and bought three more internationals in Maroons and Kangaroos hardman Nate Myles, Kiwi firebrand Marty Taupau and New Zealand utility Lewis Brown. With Brenton Lawrence and Jamie Buhrer to return from injury in 2016, hyper-impressive youngster Jake Trbojevic getting better seemingly by the minute, a stack of depth in Tom Symonds, Feleti Mateo, Blake Leary and more, Manly's forward woes and well and truly behind them.

Proving that size isn't everything, Brisbane made the 2015 Grand Final with one of the smallest packs in the NRL. The upside for them was mobility and endurance; their line speed and speed around the ruck as well as their energy late in contests was a constant challenge for opponents. Things will only get better for Wayne Bennett's forwards under the reduced interchange environment of 2016. A stack of internationals in Sam Thaiday, Matt Gillett, Corey Parker, Josh McGuire, Alex Glenn and Adam Blair plus a few promising youngsters will see the Broncos at the pointy end of the ladder once again next year.

You can often judge the strength of a side by its bench and by that measure the Tricolours are arguably the strongest. Sam Moa, Sio Siua Taukeiaho, Mitchell Aubusson and Kane Evans could all be starting from the pine next year behind Jared Waerea-Hargreaves (arguably the form prop in the world last year before his ACL injury), Kiwi lock Isaac Liu and Origin stars Aidan Guerra and Boyd Cordner as well as future Maroon Dylan Napa. The relentlessness of the Roosters' bench forwards made them one of the few sides not to lose tempo midway through the first half in 2015 and it will be a strength once again next year.

While they had one of the greatest playmakers in history apply the finishing touches, North Queensland's pack laid the foundation for the club's breakthrough premiership in 2015. It started up front with Kangaroos props Matt Scott and James Tamou; the former the best in the world over the past five years, the latter bouncing back strongly from a serious neck injury. Dally M lock of the year Jason Taumalolo was a huge handful with his monstrous carries, Gavin Cooper was a true professional holding the left edge together in attack and defence, and Ben Hannant enjoyed a career renaissance. The ever-improving Ethan Lowe and John Asiata and future star Coen Hess round out what will be a great pack once again in 2016. 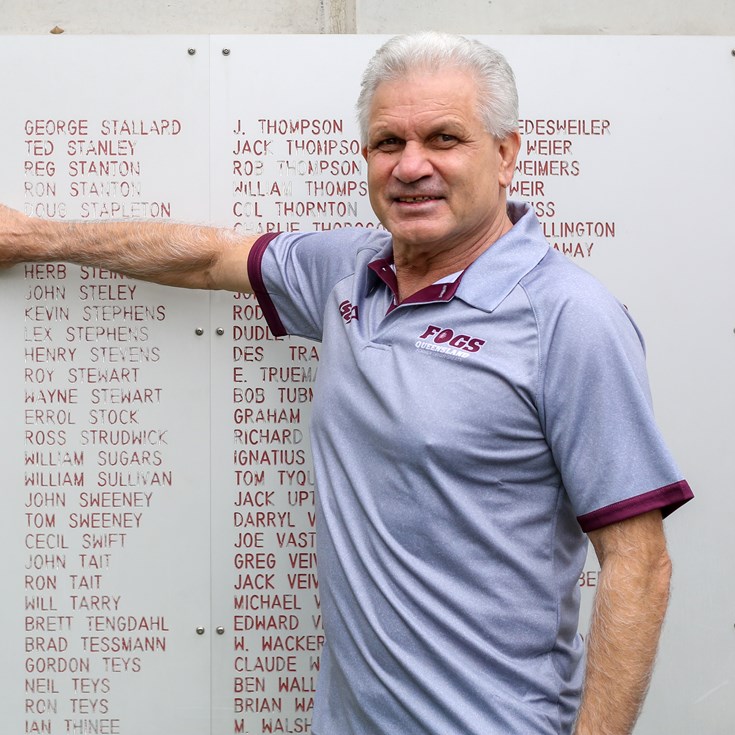 Who's the greatest player to never win a grand final?