The fear and trepidation in his eyes was like that of a four-year-old eyeing off the clear depths of the swimming pool before jumping in for the first lesson of the summer.

The kid has jumped in that pool many times before but there is still that lingering doubt in the back of his mind that this time when he dives in, there will be something that stops him from getting back to the surface.

He loiters around the edge of the pool looking for something to do – anything to do – in order to delay what he knows is ultimately inevitable.

For Anthony Milford it was field goal practice in the middle of January long after his teammates had left the training paddock yet with the 2015 Telstra Premiership on the line in front of 80,000 people he was fearless.

The scintillating Broncos five-eighth came up with numerous clutch plays in the dying stages of the grand final as his team desperately tried to hold onto a 16-12 lead against the North Queensland Cowboys, in the end to no avail.

It was rare composure for a player still so young yet his almost panicked face at the prospect of standing in front of a bank of TV cameras and journalists after training on a Tuesday morning in Brisbane was a stark reminder of how shy and inexperienced this 21-year-old still is.

I have been at countless press conferences and witnessed many players who absolutely did not want to talk to the media but I can't say that I have ever seen such anguish on a player's face as that which Milford displayed.

A media scrum is an intimidating place in which to be the star attraction and in this modern age players are all too aware of how a slight slip of the tongue can lead to unwanted headlines on websites, television and in newspapers.

Ever since he was plucked from Brisbane's south and drafted into the Canberra first grade team at just 18 years of age, special things have been expected of Milford.

He boasts a skill set few players in the competition can comprehend and his work off the field includes being a qualified youth worker and mentoring troubled kids who are walking the exact same streets that he did at their age.

In one-on-one interviews he remains guarded but highly personable and his teammates insist that on the field he is one of the most vocal players in the team.

He should be the poster boy for everything that is good about rugby league but his shyness and apparent lack of trust in how the media will portray his words is making it difficult for fans – particularly young ones – to connect.

The day after playing arguably the greatest game of his life in the grand final Milford returned to the Broncos' Red Hill base where hundreds of fans had turned out in temperatures in excess of 30 degrees to console with their heroes.

Again through sheer shyness he declined when all he really needed to do was to thank them for their support all year, apologise for not being able to get the job done and promise they would be back bigger and better in 2016.

He is currently undergoing extra media training to make the media circus slightly less daunting and to find a way to showcase the mischievous, cheeky and respectful personality that his teammates know and love.

Rivals as juniors coming through the ranks, Milford and Kodi Nikorima were roommates in representative teams and were paired up again in Sydney ahead of last year's grand final at ANZ Stadium.

Praising his qualities as a 'roomie' – "He's good, he listens" – Nikorima said that the shy guy in front of the cameras finds his voice once he steps across the white line onto the field of play.

"His first year last year he was a bit quiet but he's come out of his shell a little bit this year which is great for him," Nikorima told NRL.com.

"He's smiling and he's happy around the joint and we all just feed off his energy.

"Not just the grand final but every game he plays he talks. He doesn't really talk much off the field but I tell you what, on the field he's probably the one who talks the most along with Benny Hunt.

As he continues to develop into one of the stars of the game Milford's off-field development may prove to be the most fascinating. 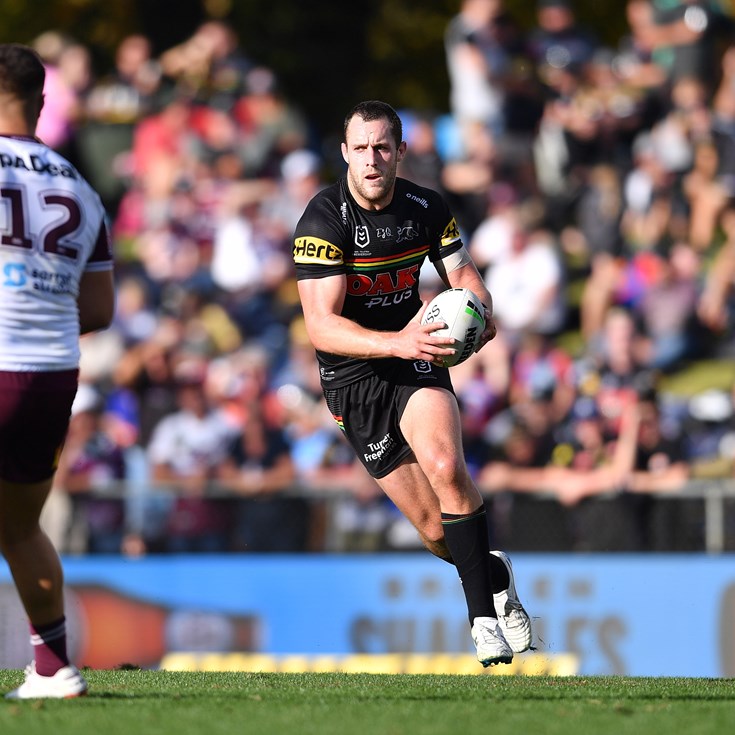