NRL.com sat down with Eels try-scoring sensation Semi Radradra on a baking hot day at the Eels' home base at Old Saleyards Reserve in North Parramatta as the Fijian flyer reflected on his incredible rugby league journey to date.

He may have just broken a three-decades old club try-scoring record but humble Eels superstar Semi Radradra says his journey to become a better rugby league player is still in the early stages and hopes to get more involved – possibly at centre – as his career evolves.

Radradra was famously plucked from obscurity by the Eels (specifically, then-recruitment manager Peter Nolan) based on his showing in Sevens rugby for Fiji and the under-20s rugby World Championship.

He was still learning the rules of the game when then-coach Ricky Stuart handed him a debut in Round 18 of 2013 after a year and a half in the Eels system.

The club's faith in him reaped enormous rewards last year as he surged over for a club-high 24 tries; it was a feat made even more remarkable by the fact he made just 18 appearances after suffering a serious knee injury in Round 2.

Testament to Radradra's dedication to self improvement he was frequently seen switching with his centre, Brad Takairangi, when the team was on the attack, and was able to both score from one-in and set up his outside man, showing a sharply improved understanding of the game. It was a stark contrast to the straightforward 'grab the ball and run' game plan of his earliest matches.

Reflecting on his journey so far, Radradra said he was just at home one day when contacted by Nolan.

"I had an option to come and play league," he said.

"Everything – way of life, trying to speak English is very hard for me. I miss my family. Looking back, it's a long journey for me. I'm very happy what I've done the last couple of years."

The sport itself was certainly a big part of the challenge, Radradra freely admits.

"Like I said I found it hard for the first time. Even the rules and everything. I'm still learning now. Still learning the game and trying to know everything," he says.

"It's good for me but to be honest I'm not really in the mood of top try-scorers or something. It's from the teamwork, from the boys, they make me look good scoring tries. It's not only me. It's from the forwards, the boys in the middle, everyone, the coach as well," he says.

Radradra says he loves getting his hands on the ball and is excited for every single game he plays, and hopes to be able to switch into the centres more as his career develops.

"I'm trying to learn more every game, try to jump into one position, play a bit of centre," he says.

"This game for me is a very good game and I'm excited every time I play or every time I touch the ball, I want more. That's why I've been swapping around with the boys.

He says while playing in the centres hasn't been a huge focus of his pre-season, he hopes to be able to fill in there if called upon during a match through injury or even just to give his inside man a rest.

"It's helped me a lot, jump into the centres. Sometimes I defend in the centres; it's improved my game a lot.

"That's what I've been working on now, especially this year, if there's a chance for me to jump in the centres I've been happy."

Part 2 of our chat with Semi Radradra will appear on NRL.com tomorrow. 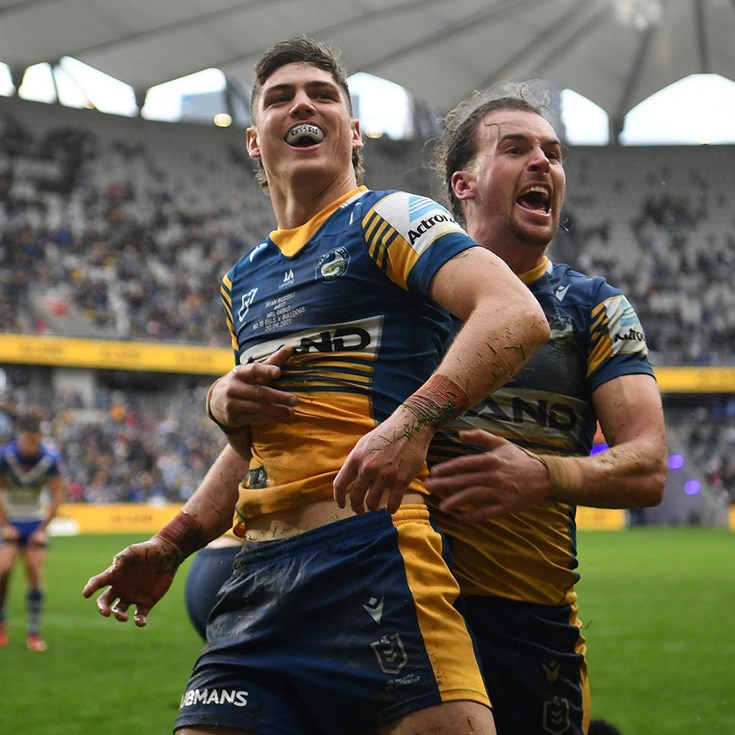 Every try from Round 15

Round 15 snapshot: Beanie for Brain Cancer Round a smashing success