She scored two tries and helped her Kiwi Ferns team to victory in the trans-Tasman Nines series, but Mary-Jane Ale says she had no idea what she was doing on the Eden Park turf.

After playing just a handful of rugby league games prior to the 2016 Downer NRL Auckland Nines last weekend, Ale was selected to play for the Kiwi Ferns in their three-match series against the Jillaroos, which they won 2-1.

But speaking after the deciding match Ale revealed she wasn't even sure of the game plan set by her team, or the rules of the tournament.

"I am literally winging it. This was my first season playing league, I was always too scared.

"They put me at fullback or the wing because I didn't know the rules and didn't know lines or anything. Back there I got to run where I wanted, so they kind of gave me free reign."

After playing rugby union and rugby sevens for most of her life, Ale made the move to league, playing last season with the Te Aroha Eels in Wellington, after becoming frustrated at the lack of playing opportunities for women in the other codes.

Her performances at the Nines impressed New Zealand captain Sarina Fiso, who acknowledged how difficult the environment can be.

"Mary-Jane killed it, all we asked of her and the other rookies was to get out there and enjoy it and they did that and played really well," Fiso said.

"Nines is still new to everyone, but she was probably the greenest of all of us, but I think she embraced it really well.

"She took every one and did something exciting with it."

Aside from the troubles adapting to the technical aspects of the game, Ale also experienced plenty of stage fright playing in front of the crowd of more than 70,000 across the two days in Auckland.

"I almost passed out during the haka, so I had to regather myself, but we got there in the end," Ale said.

"The girls helped me out, I am big on talking to myself so they got in and said my trigger words for me.

"Baby steps, but we will get there.

"I am definitely going to stick with league now. The next goal is the Test mid-season, and then after that the World Cup." 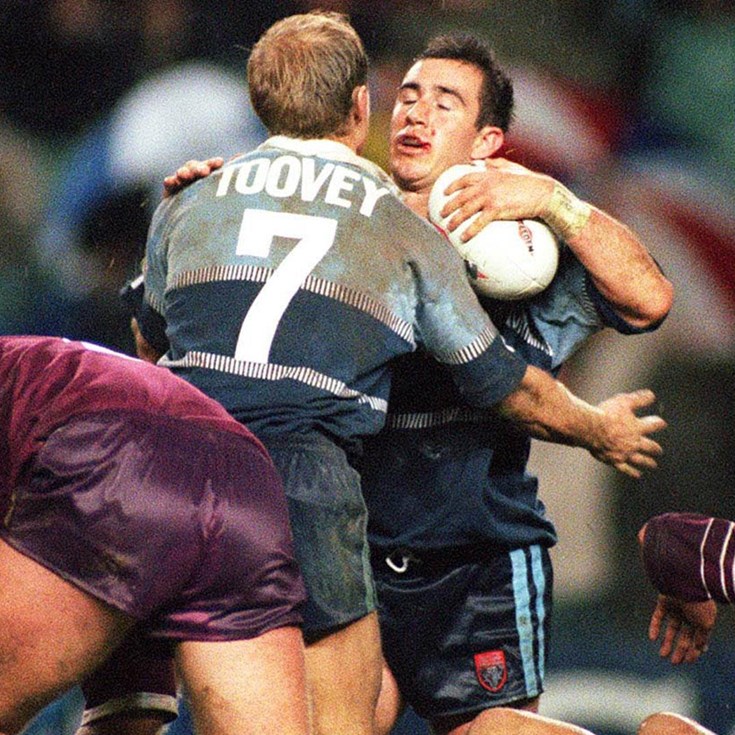 'More relaxed than ever': Why Studdon's feeling back home in blue