The Melbourne Storm will look to make their sixth consecutive finals berth in 2016.

As long as the 'big three' of Cameron Smith, Billy Slater and Cooper Cronk are still playing good football, and with one of the best coaches of the past decade at the helm in Craig Bellamy, the Storm will always be pumped up for the season and fancy themselves to be in the finals conversation.

The departures of outside backs Kurt Mann, Mahe Fonua and Matt Duffie will leave a hole in an otherwise strong Storm defence, but the recruitment of Cheyse Blair and Jeremy Hawkins may not be enough to fill the void.

The 'big three' have been the backbone of Melbourne's very successful run, but the work of Jesse Bromwich and Craig Bellamy should never be underestimated. No matter how many times they are written off, the Storm continue to take glee in proving the doubters wrong.

Bromwich was New Zealand and Melbourne Storm player of the year, at just 26, he will again look to be a huge weapon in both defence and attack. With most now dubbing Melbourne 'the big four'.

With Cameron Munster's knee injury set to see him miss the early rounds of the season, this leaves an opening at the centre position, along with the already vacated right wing spot, one that a few Storm players have their eye on.

New recruits Curtis Scott and Jeremy Hawkins will fancy themselves to slip into the starting line-up, however they will face competition from the likes of Young Tonumaipea, Cheyse Blair and Richard Kennar.

With Slater and Munster poised to be back to full health quite soon, it should make for a very interesting opening few rounds surrounding the outside back positions.

After fighting off attempts from other teams to sign 18-year-old Curtis Scott, the Storm will be licking their lips at the prospect of him playing first grade football this season.

Admittedly not on Craig Bellamy's radar for a Round 1 berth, Scott's impressive pre-season culminating in a fantastic Auckland Nines tournament and a positive showing that included a try in their opening trial match against the Wests Tigers may be too much to ignore for the veteran coach.

Whether or not he features in the opening round remains to be seen, but Scott's potential alone will see him given the chance to light up the league sooner rather then later.

With the likes of Duffie, Mann, Fonua and Ryan Hinchcliffe departing AAMI Park over the off-season, the depth of the Melbourne Storm has been dealt a heavy blow. They’ve brought in enough players to cover those positions, but most lack years of first grade experience to slot straight into the starting side. If the Storm are able to keep healthy then it may not be an issue for them this season, but if not, look for the rookies to have to step up and play important minutes in 2016.

As the second most expensive player in the game behind Paul Gallen, Cameron Smith ($548,000) is always a must have for your NRL fantasy team. Cooper Cronk ($390,000) and Billy Slater ($295,000) round out the big three, with Slater at a knockdown price following his injury woes last season.

Jesse Bromwich ($470,000) is poised to have another big season, but the value seems to be with youngster Curtis Scott ($130,000), with the 18 year old primed to see some first grade action over the course of the season.

Craig Bellamy enters his 14th year at the helm of the Storm, the longest continuous reign of any coach in the league. The job is his for as long as he wants it, but his contract expires at the end of this season, meaning there will be plenty of speculation until he makes a decision one way or the other.

Each year it seems as though the Storm are written off by some, but each year Melbourne just keeps coming back and knocking on the door of the top four. A fourth placed finish and a preliminary final in 2015 will give the Storm a boost and a hunger to strive for better this season. Add in a fit Billy Slater and an ever improving Jesse Bromwich, and that may well not be out of reach.

With injury clouds hanging over some big players to start the season, the first month will be crucial for the Storm to kick start their season the right way. If they're able to start strong and have a healthy side towards the end of the season, then another finals spot for Melbourne beckons. 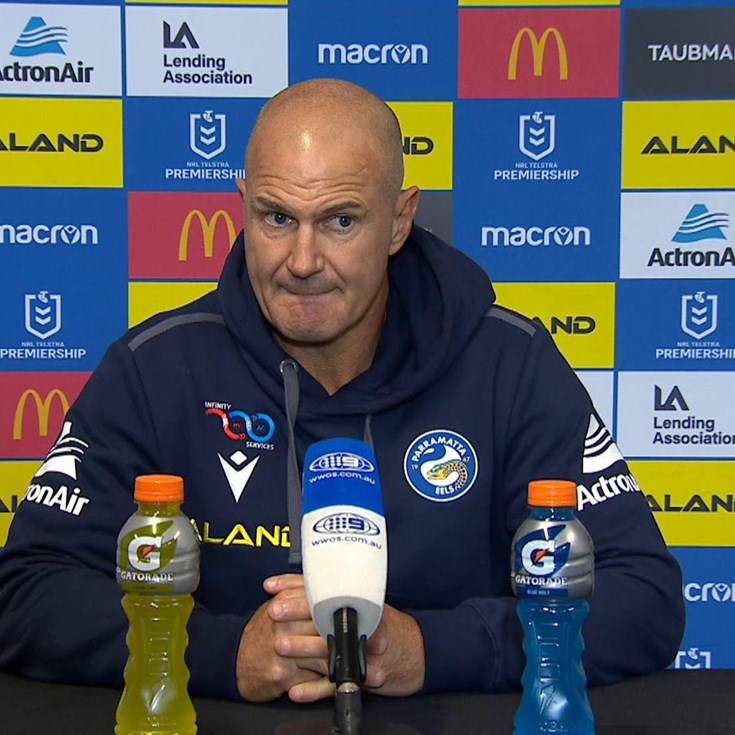 Hannay: Townsend benching 'not a hook'