The Cowboys are two competition points better than they were at this time last season, but maintained their habit of heart-stoppers in their defeat of the Cronulla Sharks. Ethan Lowe was the headliner, with a deadlock-breaking try in the final five minutes.

Historically a team that needs a number of games to kick into gear, North Queensland hit the ground running with a strong first half that deserved more reward than just two tries. Halves Johnathan Thurston and Michael Morgan built pressure on the back of dominant first-half field position built by 100-metre contributions from Jason Taumalolo (181 metres for the game) and James Tamou (119), who needed to be strong in the face of a superb Cronulla pack.

"I thought all of our pack were great. We knew it was going to be a tough game, particularly through that middle," coach Paul Green said post-game.

"Our pack really stood up to them tonight and matched them."

Both Jack Bird and Ben Barba kicked off season 2016 in style. Bird was the talk of a nation for weeks after starring in big wins early last season, but as the year drew on it became clear that his talents were not being maximised at five-eighth. Bird (154 metres and a try on Saturday) is one of the game's most destructive with ball in hand, and appeared to slot in perfectly at right centre where he has more pasture in which to operate.

Barba is looking better and better each week. He threatened the Cowboys' line with crafty, shuffling runs (87 metres for the game), but another advantage he has playing 80 minutes at fullback is the time to analyse the play and inject himself as a ball-player when the time is right. Barba's ball-playing and vision are rarely talked about, but the custodian showed a glimmer of his skill in providing the last pass for Bird's try.

It was the kick that essentially won the 2015 Telstra Grand Final. Kyle Feldt's towering delivery that brought about Bronco Ben Hunt's knock-on in extra-time is an underrated weapon that actually hits two birds with one stone. With some floating, spiralling trickery Feldt can make it a nightmare to catch, but the sheer elevation he gets on the kick means that a strong Cowboys chase will always get to a ball-carrier right on the doorstep of the try-line – which would get them on the front foot.

Last year Cowboy Michael Morgan noted, "If we just get the better of the first couple of sets in the game it can stand us in good stead for the whole first 20 minutes". There is no better way to kick off a successful first set than meeting the opposition within 10 metres of their goal line.

Draw Widget - Round 1 - Cowboys vs Sharks

Interchange rules did not affect Cronulla

There was a lot of speculation in the pre-season as to just how much the reduced interchange would impact forward-heavy sides like Cronulla; however, the big men acquitted themselves nicely on Saturday. Andrew Fifita (149 metres) led the charge, while the four-forward rotation kept the Sharks firing on all cylinders right to the end despite racking up 70 more tackles than the Cowboys.

Ethan Lowe is a key cog for the Cowboys

Ethan Lowe is a flat-out workhorse, and an underappreciated one at that. Last year he led the club in tackles and finished fourth in decoy runs, and while he is not exactly first-choice kicker the 24-year-old can put boot to ball with the precision of some halves – as shown by his grubber kick for Justin O'Neill's try.

The 24-year-old had to bide his time climbing the ranks in the Intrust Super Cup, but is now a mainstay in the premiership-winning side.

Maligned at one point for his inability to last the full 80 minutes, Lowe is now one of the competition's best back-row defenders.

"He worried them when he carried the footy and he came up with some good plays defensively.

"'Lowey' kicks it all right. He used to be a goal-kicker, so a couple of times he's ended up with the ball on last play his kicks have always been pretty good. I'm not thinking that he'll be our number one kicker on last play, but if he ends up with the footy it's not such a bad thing." 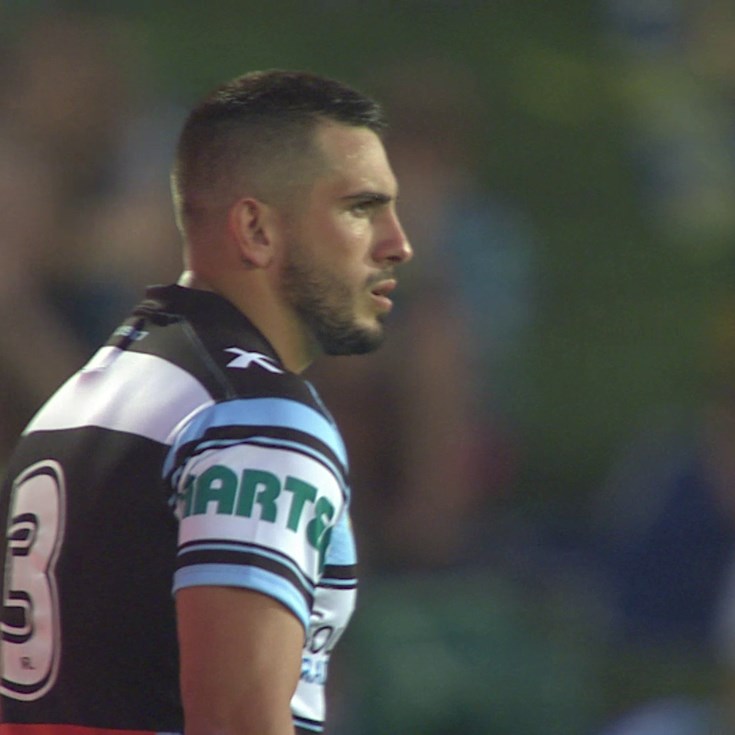