Following his side's 48-6 thumping to South Sydney on Saturday night, Newcastle Knights coach Nathan Brown said he hopes his ailing side will one day be seen in the same light as the foundation club.

The Rabbitohs' nine-tries-to-one annihilation of the Knights certainly left a sour taste in Brown's mouth but he was optimistic about what the future will bring to the most inexperienced team in the NRL.

"We have to look at players who are going to feature in two years time. We have to get these young blokes playing. You saw these young guys come up against a very forward team, who did the same to the Roosters last week as they did to us," Brown said.

"It's a team who we should look at as a club and look at trying to get to. That's what our goal should be over the journey... that's where we would like to get to.

Down 10-0 after eight minutes – and only getting onto the scoreboard thanks to a 78th-minute Nathan Ross try – Brown said his team's lack of experience meant their fighting spirit to combat such deficits was too in development.

"It's always hard, especially with how we don't start games so well at the minute. When we don't start well we don't know how to fight either so it's going to be a bit of a process," Brown said.

"At the moment [these young guys are] playing with a lot of other young players in a team that's doing it a bit tougher."

Knights co-captain Trent Hodkinson was in the same boat as his coach.

"It was a little bit frustrating. But we know it's going to take time. We do have a young squad and some new faces and combinations," Hodkinson said.

"The biggest thing we have to learn, as Brownie said, is if we're trailing early we have to get that fight in us and know we can come back from 14 points down or 18 points down.

"I know we'll improve, it's the challenge we have here."

David Bhana ended the 42-point shellacking with an apparent syndesmosis strain while Akuila Uate carried a shoulder injury for much of the second half, in a further double blow for the Knights.

However Brown was hopeful injured veterans Jack Stockwell, Pauli Pauli and Mickey Paea would be available to play the Raiders next Saturday night before hailing Sione Mata'utia as a certainty to start in the same fixture in what would be a timely boost for the team. 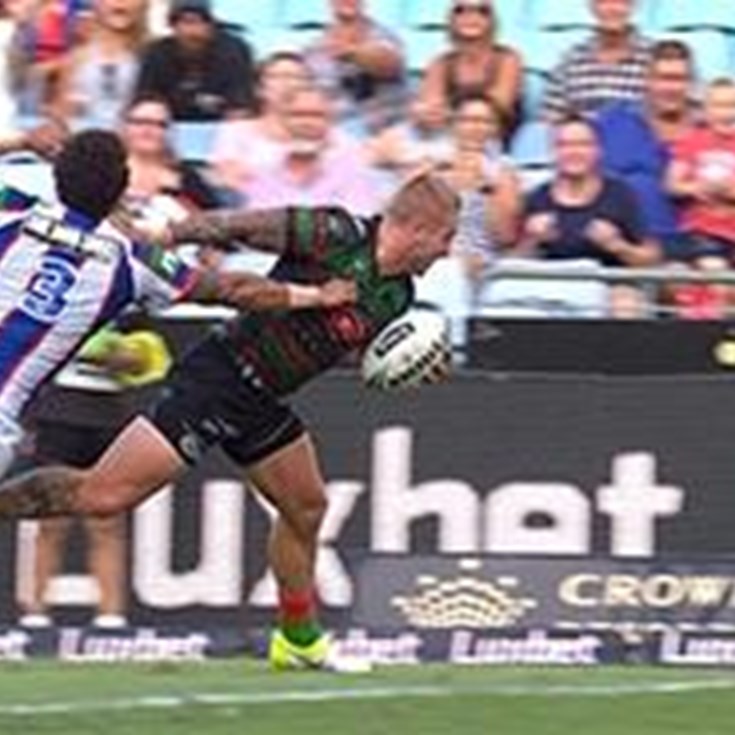