Klemmer (contact with match official), Matulino (shoulder charge), Leilua (contrary conduct) and Scott (dangerous contact with head/neck) will all challenge their charges after pleading not guilty.

Joey Leilua is also challenging a contrary conduct charge but will do so next Wednesday (March 23) after being granted an adjournment from the judiciary. Leilua will be suspended for two weeks after entering a guilty plea to a separate dangerous throw charge. 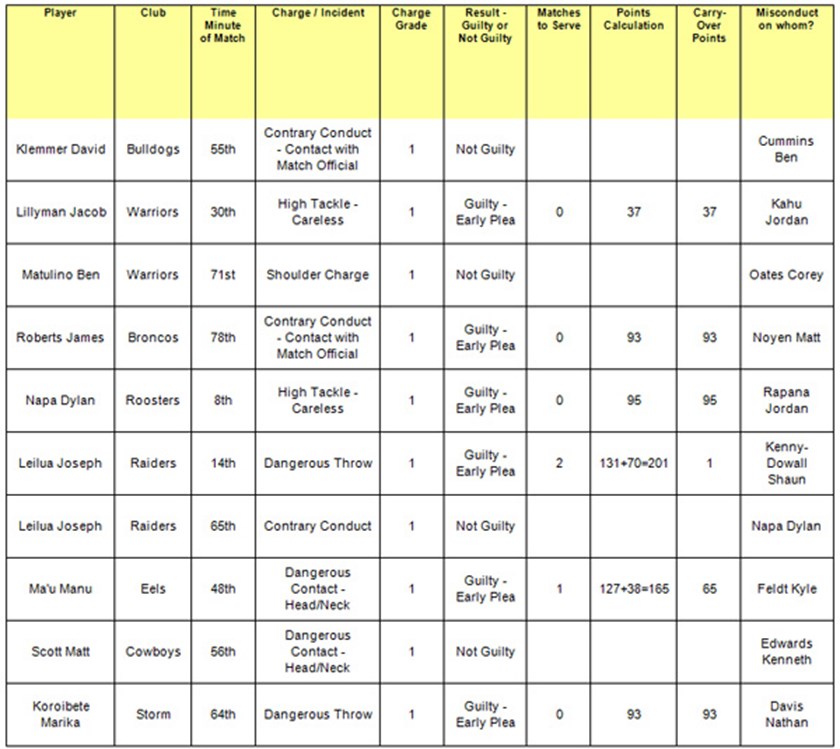 'We are going out to represent': The story behind referees' Indigenous jersey

Extra special: Walker's honour doubled down in Indigenous Round

Presented by
6 hours ago

Munster steals the show as Storm get back on track