There's been much to like about two teams who three weeks ago were given very little hope of being competitive let alone boasting three wins from four games between them.

Where the Titans have tried to build a team capable of playing finals football on the back of seasoned forwards the Tigers are thriving on youthful exuberance and a longer leash provided by coach Jason Taylor.

Where the Titans were professional in disposing of the Knights at home in Round 1 the Tigers put on an early blitz against both the Warriors and Sea Eagles before giving up big leads and having to win each game a second time.

The Titans have named Agnatius Passi in the starting side with Ryan James on the bench, but don't be surprised if they switch again before kick-off, while the Tigers have been forced to make on change from their big win over Manly with Kyle Lovett coming in for the injured Curtis Sironen.

Watch out Titans:  There is no more dynamic ball-runner in the game right now than James Tedesco and the Wests Tigers fullback has shown a penchant for scoring four-pointers against the Titans. Tedesco was at his electrifying best against the Sea Eagles on Monday night and when he runs onto Cbus Super Stadium on Saturday night will be odds-on to score a try against the Titans for the fourth game in succession. He may not have got a touch but even his presence for the Tigers' first try against Manly exemplified just how brilliant his combination with Luke Brooks and Mitchell Moses can be and then backed up for a try of his own. Absolutely explosive at the moment.

Watch out Tigers: With a halves combination still finding their feet the influence of Greg Bird was going to be crucial for the Titans and he has responded by turning back the clock to playing the type of football that earned him man of the match awards in Origin. Two superbly timed passes for tries in Round 1 were followed by another try assist against the Storm along with 81 running metres and 26 tackles in 63 minutes. Everything Bird does challenges the commitment of the opposition and meeting his intensity will be one of the Tigers' toughest assignments.

Key match-up: David Shillington v Tim Grant. Two senior props with Origin in their past find themselves at new clubs and with young and impressionable first-graders all around them. After laying a good platform in Round 1 Shillington had a mixed night against the Storm on Sunday, making two crucial errors and giving away two penalties that put his team under pressure. Tim Grant was excellent for the Tigers in the opening exchanges against the Sea Eagles after running 113 metres against the Warriors in week one. They won't be the players who kick the winning field goal but they will be the ones who set the tone for their team in the opening 20 minutes.

The history: Played 15; Titans 8, Wests Tigers 7. A head-to-head rivalry that has never been more lopsided than two games since the Titans won the opening two contests in their inaugural season in 2007. The past six meetings have been shared three apiece with two of the Tigers' wins on the Gold Coast coming courtesy of field goals to Robbie Farah (Round 9, 2012) and Pat Richards (Round 1, 2015). All told the Tigers have four wins from nine games against the Titans on the Gold Coast.

What are the odds? Titans $1.90, Wests Tigers $1.90. Some savvy Sportsbet customers were able to back the Tigers at as much as $2.40 prior to their brilliant win over Manly on Monday night. That huge price is long gone though and Wests were brought into dominant favouritism. Latest odds at Sportsbet.com.au

The way we see it: If confidence counts for anything – and at this time of the year we all know that it does – a young Wests Tigers team with back-to-back wins against two teams with whom many had finishing in the top eight is certainly a nice way to start the season. Both teams were guilty of lapses in Round 2 but the potency of the Tigers attack looks more capable of cashing in when their opposition clocks off. Tedesco man of the match and the Tigers to win by seven. 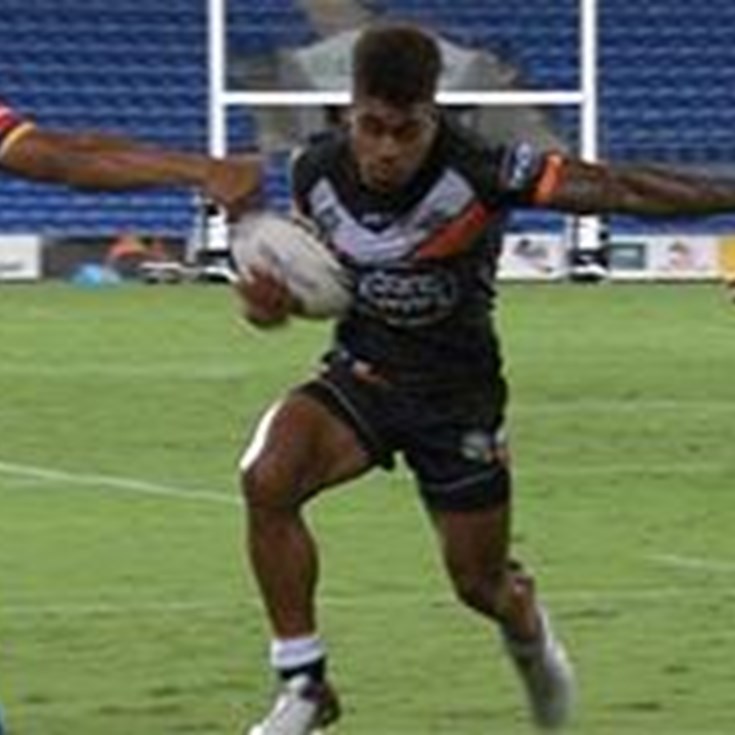