It's a massive week for NRL Fantasy with most head-to-head leagues kicking off in Round 4, and in the Easter weekend Fantasy coaches have an extra day to lock in their team for the first game of the round: South Sydney's clash with the Bulldogs on Friday afternoon.

Two new bargain buys have arrived on the scene and Fantasy coaches are starting to lose faith with a few established Fantasy guns. Who should you trade and who should you hold this week?

Here are my answers.

I want to trade out Andrew McCullough, is Farah worth getting or should I go straight to Cam Smith? Also is Jazz Tevega worth buying for a cash cow?
From Mark Spies

I'd be very wary of getting Robbie Farah this year. With Manaia Cherrington on the bench this week and Matt Ballin also at the Tigers, Farah is no longer the big-minute hooker he was at the start of last season.

Cameron Smith is the safest captaincy option in the game so is always a good buy. Matt Parcell is the other big option at hooker this week – he costs just $237,000 and after scoring 77 in his first game in the No.9 jersey at NRL level his price is set to skyrocket.

Jazz Tevaga was excellent in his Warriors debut last week but is purely in the side as a fill-in for the injured Issac Luke so I don't love his long-term prospects. I'd avoid.

Is it okay to trade a cash cow for a quality player if they still have money to make? Both Jackson Hastings and Jayden Nikorima are reaching the end of their cash making, and I'm looking at other halves who are cheap but on the up.
From Paul Knows

This question has come up a lot this week, with Te Maire Martin the latest super-popular cash cow following his 72 on debut for the Panthers. Fantasy coaches love to make trades – especially for a guy who is coming off a massive score – so have been trying to convince themselves to trade out one cash cow to get another.

As a rule I'm not a fan of the idea. Remember, you only have 34 trades to use across 26 rounds of the season – and those spare trades become more and more valuable the longer the season goes on. Both Hastings and Nikorima are still making money (they won't have peaked for another couple of weeks at least), and Hastings at least is all but guaranteed a starting spot at the Roosters all season (Nikorima will drop out of the starting side in Round 9 when Mitchell Pearce returns).

There are some question marks over Martin as well – yes he was great last week, but his score included a try (8 points), a field goal (5) and a combined 30 points from tackle breaks and run metres. The fact he's a half but didn't get any kick metres is a bit of a worry. You'd imagine opposition defences will be more aware of shutting down his running game in future weeks, and there's always a chance he could be squeezed out of Penrith's starting side when James Segeyaro returns, with Peter Wallace and Jamie Soward the team's first-choice halves at the start of the year. In all likelihood Martin will go on to be a great cash cow this season, but I'm not sure it's worth trading out Hastings or Nikorima for him.

It's a slightly different story if you have Jayden Nikorima at hooker and want to trade in Matt Parcell. Parcell has jumped Apisai Koroisau in the pecking order at Manly and excelled in his first starting run in the top grade, with the Sea Eagles also getting their first win of the season. It's a safe bet that he'll hold that spot for a while yet, if not the whole season, and with a strong defensive performance and the ability to create tries he could be a genuine Fantasy scorer this year, as well as a cash cow.

Scout I'm having trouble keeping my cash cows on the field. Is it worth trading Copley, moving Feeney to fullback and picking up Te Maire Martin?
From Jacob White

That's a good move, if you haven't got more urgent problems to fix. Very cheap injured players aren't necessarily must-trades as they're not taking up much of your salary cap space. I've got both Copley and Feeney and will just be leaving them in my squad for the time being.

What are your thoughts on Corey Parker? After 3 rounds he is averaging 49 and dropped $43k in value. I know you say don't trade a keeper for a keeper but with his reduced minutes this year is he still a keeper?
From Tim Hendrie

I'm not convinced Parker's minutes have dropped that much. Yes, he was given an extended rest in Round 2, when the Broncos were cruising past the Warriors. Parker played 48 minutes in that game. In the other two games this season he played 63 minutes and 58 minutes. Last season he averaged 62 minutes throughout the season, with no 80-minute games at all – and he still averaged a superb 62 Fantasy points a game. His lowest score for the year so far is 48. When the Broncos played the Cowboys in Round 3 last season Parker scored 79. There's every chance he could produce a similar score against the Cowboys this week, so he remains a keeper in my book.

Is Trent Merrin worth holding on to? I want to trade him for Shaun Fensom who has dropped in price however with a break even of 65 for Fensom should I just wait a week?
From Joshua McIntosh

Like Parker, Trent Merrin is an established Fantasy gun who people are panicking about because after three weeks of the season he's scoring in the high 40s rather than the high 50s. Like Parker, I think it's too early to be writing Merrin off just yet. Remember, the point of grabbing all the good value players who are making money at the start of the season is so you'll be able to bring in keepers later in the season – and guys like Parker and Merrin are probably the kinds of players you'll want to bring in. If you've got these guys in your team already, save yourself a trade and give them a bit of patience before deciding that their days of big Fantasy scores are over.

Can I have centre advice, especially with Copley out? Also, Kane Evans: hold? He seems to have peaked with a 32 average. Brenton Lawrence is hitting 40s from the bench at $240K, and would save me about $40K.
From Matthew Lippiatt-Sidman

The centres have been a bit of a nightmare this season, with very few impressive options so far. Hymel Hunt, Kevin Naiqama, Clint Gutherson and Pat Mata'utia are among the three best in terms of scores and price rises – and anyone who would have predicted that at the start of the season is a genius. Chris Lawrence has probably been the best of the dual position back-rowers/centres, and he's suspended this week, while Mitch Aubusson was shifted into the backline last weekend as always happens if you have Mitch Aubusson in your Fantasy team.

Centres rely on a mixture of run metres, tackle breaks, tackles and attacking stats for their Fantasy scores, so with no one dominant base stat it's very difficult for them to be consistent Fantasy players. I reckon if you've got a couple of players in the centres capable of hitting good scores on any given week – that includes guys like Blake Ferguson, James Roberts, Jarrod Croker and Josh Dugan – just hold onto them. They could all still come good and there aren't really any standout players to trade them to anyway.

On the Kane Evans question, I'm trading. He's not losing cash but he's not stepping up as a mid-range value buy either. Lawrence has been good so far but is suspended this week so I wouldn't bother picking him up yet.

I have Jake Granville as my back up hooker but he has been a massive let down coming off the bench. Should I get him out now? Thinking of trading for Parcell.
From Kenzie Peachey

Yep, good move. Granville's not a top-line keeper and Parcell is the cash cow of the week.

Do you think with the way Craig Garvey is playing he will get a bench spot when Lichaa returns for the Bulldogs, especially as he is overcoming an injury? Or do you think they will save the space on the bench for the big boys?
From Jeremy Field

Nope. Des Hasler doesn't use a bench hooker. Lichaa can play the full 80 so the Bulldogs will use four big men on the bench.

When should we be getting ready for bye rounds? With all these cash cow roosters not being ready to trade, who should we be looking at getting in over the next few rounds to cover the byes?
From Troy James

A few more weeks yet I'd say. The simplest bye planning you can do is to target players from the one club that plays in all three major bye rounds: the Parramatta Eels. Semi Radradra, Nathan Peats, Manu Ma'u, Corey Norman and Michael Gordon stand out as some obvious targets for those rounds – but there are still a couple of months between now and the first bye round so there's no urgent rush to get those guys into your team just yet. 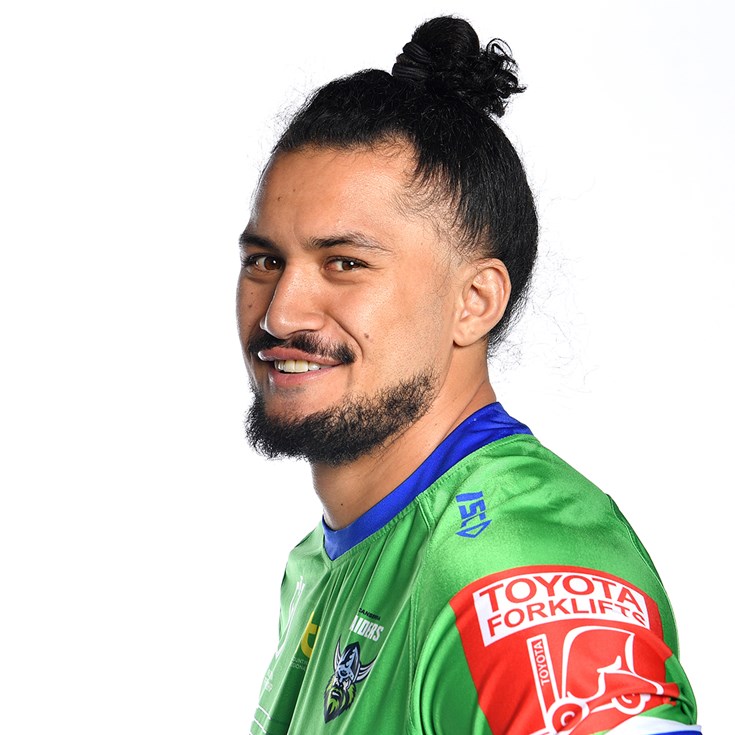