Before a ball had even been kicked on Easter Monday at Mt Smart Stadium Konrad Hurrell was in a celebratory mood.

The enigmatic Warriors centre was called up for his first NRL Telstra Premiership appearance of the season, and could be seen clapping and smiling as he entered the field for the team warm up prior to kick-off against the Knights.

"It was good man, I will take every second of my time I get to play with those boys (in the NRL team)," Hurrell said after coming off the bench in the 40-18 victory over Newcastle.

"I am just happy to be back with the boys and running around with them on the field. To get the win is even more exciting."

Draw Widget - Round 4 - Warriors vs Knights

One of the NRL's most damaging ball carriers on his day, Hurrell spent the first three games of 2016 playing in the Warriors' reserve grade side, before injuries presented him with an opportunity to return to first grade in Round 4.

Through the first month of the competition Hurrell was strongly linked with a move to the Gold Coast Titans, but on Monday received one of the biggest cheers of the day from the 13,895-strong crowd when he entered the field in the second half.

"It was a bit of pressure (when I heard the crowd), but I just tried to forget about it," Hurrell said.

"The boys needed me in there so I was just trying to work on my game and get the win."

The Tongan-born centre came on in the 47th minute but was forced to leave the field almost immediately after having his arm twisted in a tackle by Nathan Ross, which resulted in the Newcastle winger being placed on report.

But Hurrell returned a short time later to play 18 minutes as both a forward and centre, managing 51 metres off five carries in a performance which pleased coach Andrew McFadden.

"I thought he was good, I didn't really want to replace him (when he was hurt in the Ross tackle)," McFadden said.

"He came out and gave us some energy just like I thought he would.

"We got to finish him in the backs when Solomone (Kata) came off with a knee injury, that is what he is there for primarily, but we certainly got to use him in the middle today."

Hurrell will be in the frame to start at centre next week when the Warriors travel to the Central Coast to take on Sydney Roosters, should Kata fail to recover from the knee injury he sustained late in the match against Newcastle. 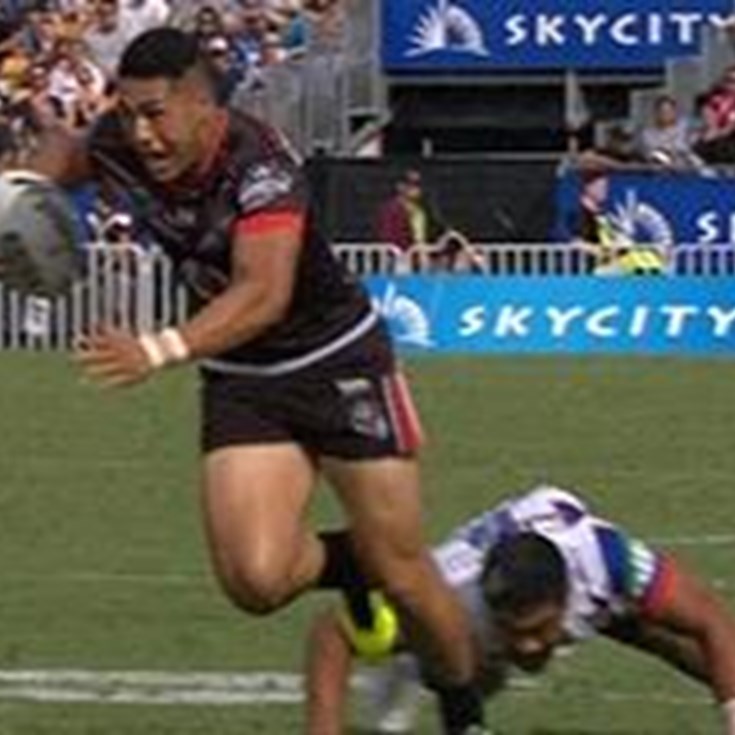 Warriors too sharp for Knights