He grew up on the Gold Coast supporting the Brisbane Broncos but Darius Boyd has revealed that he considered putting his NRL career on hold in order to play with the Titans.

A target of the Titans when he left the Dragons at the end of the 2011 season, Boyd was in their own backyard as a teenager before joining the Broncos 12 months prior to Gold Coast's entry into the Telstra Premiership in 2007.

Almost a decade later Boyd returns to the Gold Coast on Friday night as a two-time premiership winner and with 226 NRL games to his credit hoping to stall the Titans' stellar start to the 2016 season.

Having played his junior football with the Mudgeeraba Redbacks less than five kilometres from where Cbus Super Stadium now stands, Boyd told NRL.com that the imminent arrival of the Titans and his anxiousness about moving away from home at the end of 2005 gave him something to think about.

"I kind of wanted to go to the Gold Coast only because I didn't want to leave home," said Boyd, who represented the Australian Schoolboys while a student at Palm Beach Currumbin High School.

"I was a bit scared of leaving home as an 18-year-old but Brisbane was always my favourite club since I was a little fella.

"I played one Q Cup game at Burleigh and I remember thinking that I'd try and stay there and play at Burleigh for another year and then wait until the Gold Coast came in.

"That was just a thought. I was already signed with Brisbane and I was always coming up but as a kid I was a bit scared of the unknown and moving up by myself.

"I had to move into the Broncos' house and was a pretty shy, quiet kid so didn't want to leave the family and different things but after a week or two they made me feel welcome and the Broncos being my favourite team I was never not going to come."

Twelve months later he was a premiership winner and had begun a relationship with coach Wayne Bennett that would take them to St George Illawarra and Newcastle and stretched far beyond the boundaries of the football field.

Boyd's loyalty to Bennett was the key factor in taking him to the Knights in 2012 rather than returning to south-east Queensland and when Bennett rejoined the Broncos for the 2015 season Boyd did the same.

Now based in Brisbane, Boyd spent much of the time recovering from his Achilles tendon injury suffered in December 2014 at his wife Kayla's parents' home on the Gold Coast and said being away from footy was a good way to get over his disappointment.

Approaching his 29th birthday in July it is unlikely Titans fans will ever get to see Boyd wear their jersey but the Queensland and Kangaroos star said he has been impressed with how they have started the season.

"It's always good for Queensland [when the Titans are doing well] but I haven't actually seen any of their games," said Boyd, who has a 7-4 career record against the Titans.

"I saw the last 10 minutes of the game on the weekend and they did well to come back, I thought Canberra had it.

"They've obviously been playing really well which is good and they're always a tough game, especially down there. They always lift for the occasion." 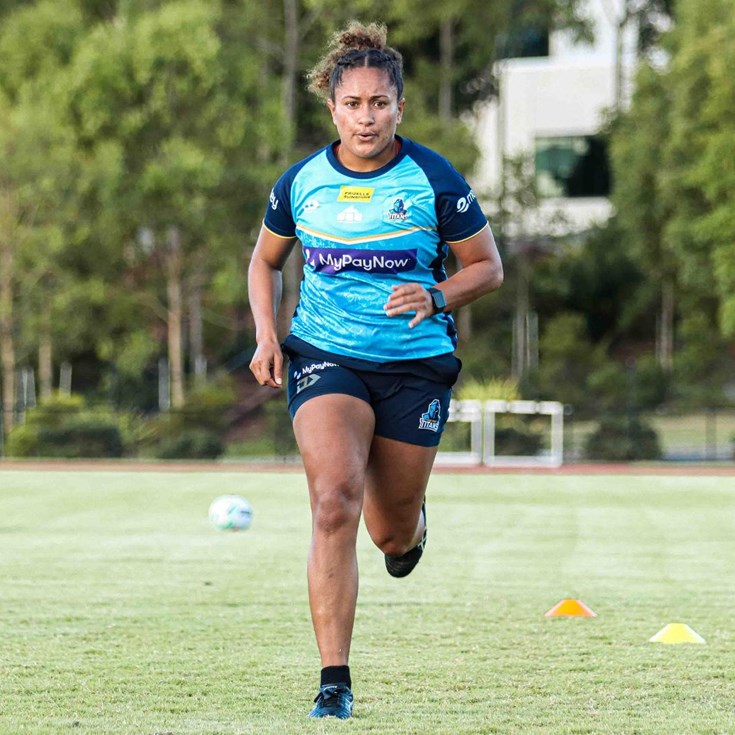