Last weekend the Warriors ended an eight-month losing streak in the NRL Telstra Premiership, but on Sunday face off with the very team who started that winless period for them back in Round 19 last year.

The Roosters are now left as the only team in the league without a competition point so far in 2016, after the Warriors crushed the Knights 40-18 last Monday to get on the board.

The Bondi outfit meanwhile were left frustrated by a 22-20 loss to Manly at Allianz Stadium and head into Round 5 with the NRL's second-worst attack and defence.

But coach Trent Robinson has resisted the urge to tamper with his side, naming the same 17 with the only slight adjustment seeing Jayden Nikorima named at five-eighth and Aidan Guerra in the second-row, after the latter played standoff last week and Nikorima started from the bench.

Unsurprisingly the Warriors have stuck to the formula which finally seemed to click for them in the second half against Newcastle.

Centre Solomone Kata was on crutches by the end of last week's game with a bad cork but should be fit to play, while prop Jacob Lillyman will play his 150th game for the Warriors since joining the club in 2009.

Watch out Roosters: This is the worst start to a season since 2007 for the Roosters, and they have been worryingly stagnant in attack across the first month. Averaging just 12.5 points per game, the Roosters also sit in the bottom four teams for total run metres and line breaks. Only the Dragons have scored less than the Roosters' 50 points so far.

In their last three games the Warriors have been improving in attack, culminating in last week's 40-point rout of the Knights. Running for 1554 metres, making six line breaks and scoring seven tries will have the Kiwi side feeling confident in their ability with the ball, which might be problematic for the Roosters this week.

Watch out Warriors: The Warriors are notoriously slow starters in 2016 and haven't won a single first half yet. They trailed the Tigers, Broncos and Storm and after a clumsy opening 40 minutes against the Knights went into the sheds tied at 12-12. If a team hits them hard during that period it might be enough to crush their confidence for the rest of the game.

The form guide for the Roosters reads 0-4 and their points difference isn't pretty, but a look at the results will show the Tricolours have lost two of those games by two points or less. When they manage to hold the ball and defend well the only thing stopping the Roosters from victory is some composure in the dying minutes of the game.

Key match-up: Latrell Mitchell v Roger Tuivasa-Sheck. An intriguing match-up immediately given Mitchell now occupies the Roosters custodian spot which Tuivasa-Sheck called his own last season. Across his first four games with the Warriors Tuivasa-Sheck has continued his amazing running numbers from 2015, leading the NRL in run metres at an average of 213.5 per game. While less devastating in the metre-eater category, Mitchell has pace to burn if given space and has high involvement from the back, averaging 22.5 receptions of the ball per game.

The history: Played 35; Roosters 16, Warriors 18, Drawn 1. The Roosters are one of the few teams in the competition who the Warriors have a positive head-to-head record against. But the Chooks have the wood over the Kiwi side in recent times, winning six of their last eight clashes, including three on the trot.

What are the odds: Sportsbet customers are finding this to be the toughest game of the round to pick, with money split evenly between the two sides in head-to-head betting. Very few punters are willing to take either side to win by 13+ and the Roosters are popular receiving the start. Latest odds at Sportsbet.com.au.

The way we see it: It is probably fair to expect there could be plenty of points scored in this one, with both teams having their issues defensively so far. The Warriors have most of their top 17 fit, while the Roosters continue to really miss the presence of Boyd Cordner, Jared Waerea-Hargreaves and Mitchell Pearce. But they came close last week and might just be good enough to get their first win of the year this Sunday. Roosters by four. 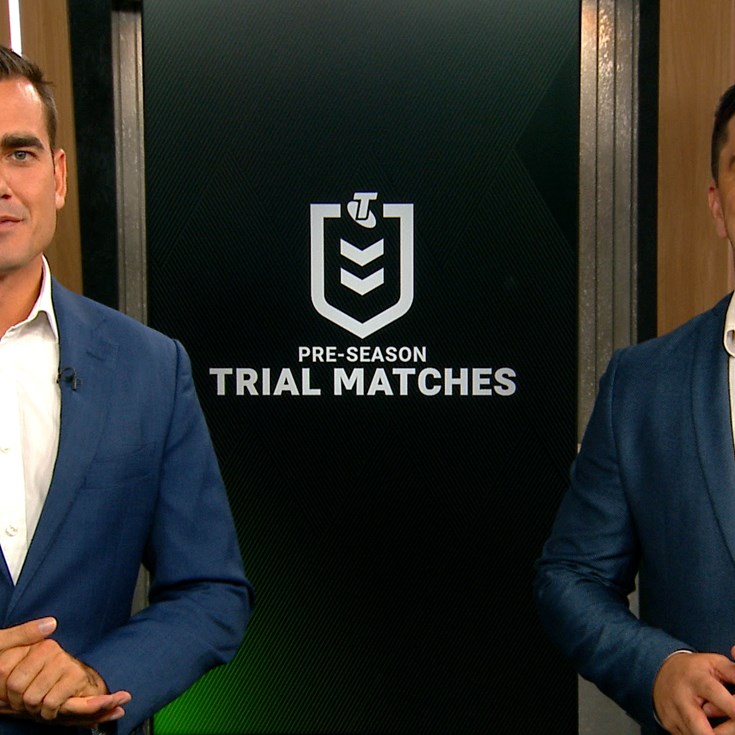