Panthers winger Dallin Watene-Zelezniak has revealed he would consider following in the footsteps of fellow Mormon Will Hopoate, who recently announced he would not play NRL games on Sundays because of his faith.

"It's awesome. I've always looked up to Will. I never knew you could do that growing up. He's opened that door for a lot of members," Watene-Zelezniak said.

"He's lucky that his coach and CEO are behind him and he gets to take that opportunity not to play on Sundays."

The Panthers winger admitted he had been unaware of his options regarding Sunday football, and revealed it was something he might consider in the future.

"I've never actually thought about it. I never knew you could do that, so Will's opened the window for a lot of members that play the game," he said.

"I had the chance to make a decision if I was going to play on Sundays when games moved to Sundays, but I thought if I wanted to make a career out of it then I had to (play).

"If I could do it, I'd do it too. My faith always comes first, it always has. Football is something I love to do and it's what I've grown up with, but my faith and family come first."

Asked if he would consider not playing in a grand final because of his faith, the Kiwi international had this to say: "100 per cent I wouldn't play the GF."

After missing the backend of 2015 with a collapsed lung, DWZ is just glad to be playing rugby league at all; even if that means playing on the wing.

With regular fullback Matt Moylan missing the first month of football with a back complaint, many expected Watene-Zelezniak to wear the No.1 jersey, but according to the 20-year-old, he's just happy to be in the team.

"I'm not too sure to be honest," he said when asked why he wasn't playing fullback.

"I'm coming back from this injury and I just wanted to get a starting spot. To be playing on the wing is a blessing to me and I'm very grateful to be playing in the first-grade side."

With the annual Anzac Test fast approaching, the Panthers youngster is fully aware that there are positions available in the Kiwis side.

But following two injury-plagued seasons, he doesn't want to think about the trans-Tasman Test - even if that means a potential showdown with Semi Radradra, who he will go toe-to-toe with on the weekend when the Panthers face the Eels.

"At the moment I'm just focussing on the club. I've had a slow start to the season and if that opportunity comes, I'll be grateful and humbled to take it. If it comes, it comes," he said.

"It's always good to test yourself against the best players in the comp and he's [Radradra] definitely one of them. It'll be a good challenge for myself to see where I'm at." 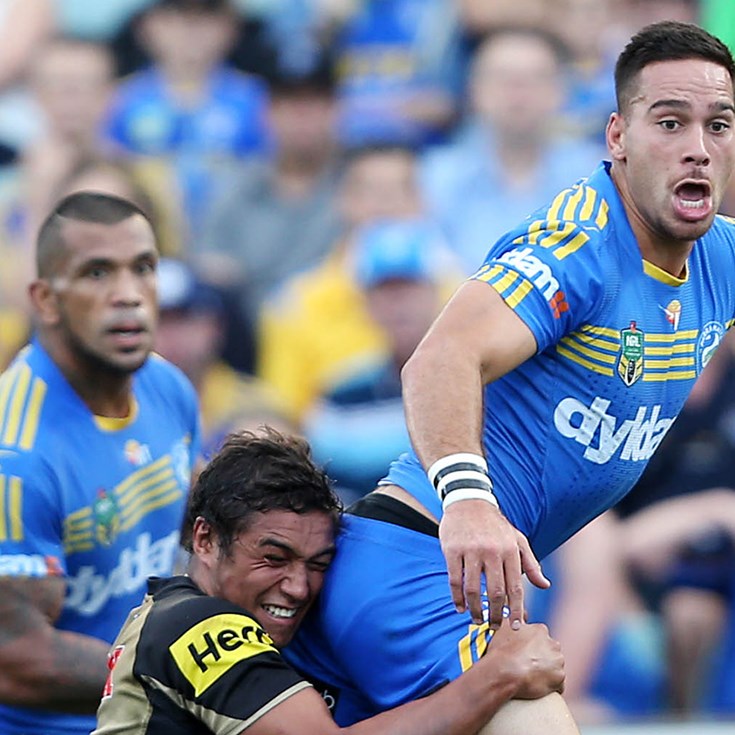