They came close to stamping themselves as the comeback kings of the NRL but Titans coach Neil Henry has warned against relying on resilience after giving up another double-digit start against the Broncos on Friday night.

The Titans have fallen behind by at least 10 points in each of their past four games and while they have managed to fight their way back and win two of those games against Wests Tigers and Canberra, results have been different against the Storm and Broncos.

On Friday night in front of a crowd of 21,080 – the biggest at Cbus Super Stadium in three years – Gold Coast conceded the opening try inside four minutes and went 10 points behind when Ben Hunt sliced through in the 25th minute.

They trailed 22-4 heading into the final quarter of the game before two tries to Zeb Taia in the space of four minutes got them back within six points with 12 minutes still to play and momentum on their side.

Such was Brisbane's dominance in the opening 40 minutes that the match could very easily have gotten away from the Titans before they broke for half-time and while Henry was pleased with yet another fightback admitted that leaking early points is a habit they must break.

"We've been chasing points for a few games this year so we certainly need to start a bit better," said Henry, who lost prop David Shillington with a hip flexor injury in the warm-up.

"We're still in games, we're coming back and there's a bit of fight there but they're a very good side and don't give you much anyway and we weren't good enough.

"We've got to stop that happening otherwise we're going to get similar results against the better teams.

"The good sides find a way and we found a way last week against Canberra but this group we played tonight, they're a very good defensive side and you're not going to get that latitude.

"We can't rely on chasing points and getting back into games."

The last time the two teams met in Round 20 last year Brisbane turned an 18-0 half-time advantage into a 34-0 whitewash yet even without Tyrone Roberts the Titans were able to work their way back into the contest.

It wasn't until Jordan Kahu kicked a penalty goal in the 76th minute that the match got beyond them and Henry said it was a good sign of what Titans fans can expect from their team this year.

"Our fans will go away saying that this side has got a bit of ticker," said Henry, with the Titans' record at Cbus Super Stadium now reading 51-49 from 100 games.

"They've got a bit of character and they're hanging in there with a chance to win the game until the last three or four minutes. Until that stage I thought we had a few Broncos fans a bit nervous.

"It is significant that it didn't blow out to 30 and 36 and we didn't fall in a heap when we were chasing some points. We actually found a way to pick up a ball and score a try and then put on a nice offload and play a bit of football and get 12 points back pretty quickly.

"That shows that we've got that ability in us and we haven't gone into our shell.

"We need to back ourselves a little bit earlier than that really."

With James Roberts happily playing the villain and emotions boiling over at full-time with Ryan James and Corey Parker engaged in some pushing and shoving there was very much a sense that the Titans were standing up to big brother Bronco.

Six members of the Titans' 17 who took to the field on Friday night had played less than 25 NRL games previously and Henry said playing in front of a big crowd against one of the competition's best teams will only accelerate the learning curve they are on.

"It's a real learning curve for the atmosphere that we had here for the guys that haven't played a lot of games." 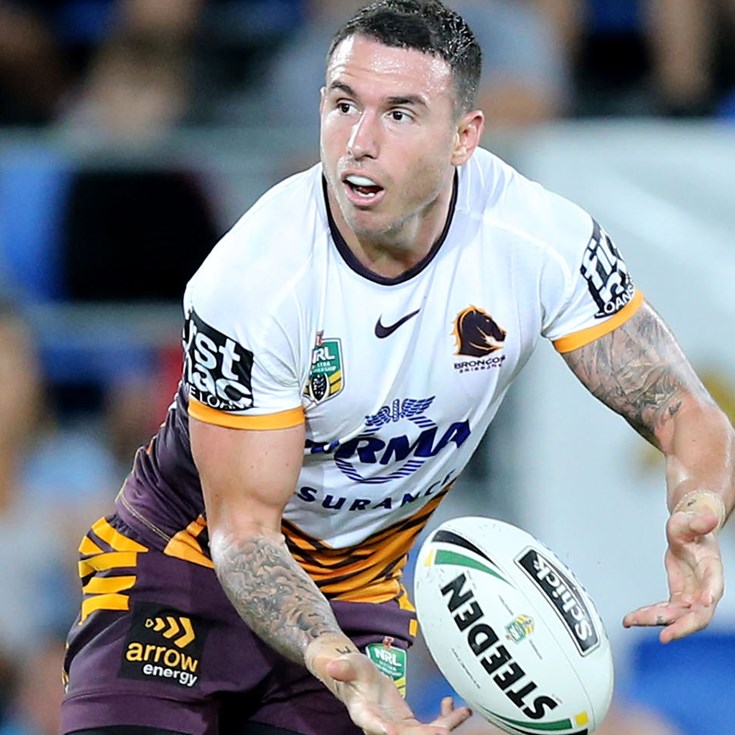