Wests Tigers centre Tim Simona will miss three NRL games after failing to have his dangerous contact to the head/neck charge downgraded at the judiciary on Wednesday night.

Simona would have been suspended for two matches had he taken the early guilty plea, but will now miss games against the Knights, Storm and Raiders.

The dangerous contact charge was a result of a 77th-minute tackle on Cronulla's Jack Bird in the Round 5 clash at Campbelltown Stadium last Saturday night.

Judiciary counsel Peter McGrath successfully argued that Simona had held his grip and used his body weight to force Bird's neck into his chest that resulted in an unacceptable risk of injury.

Using five separate camera angles, as well as comparable Grade 1 and Grade 2 offences from the past two seasons, Mr McGrath demonstrated that Simona had put Bird in a 'position of particular vulnerability' and that the onus was on the Tigers' player to protect him.

Mr Ghabar put forward that the weight of fellow tacklers Tim Grant and Kyle Lovett added to the pressure applied to Bird, and that as a result, Simona couldn't release his grip. The defence team also suggested that unlike the comparable Grade 1 offences, Simona's pressure wasn't square on the neck and didn't result in any apparent injury to Bird.

The Tigers centre offered a brief statement following the hour-long hearing, saying he was upset but had to accept the three man panel's ruling.

"Obviously it was a disappointing result, but it was a fair hearing and I'll be out there on Sunday to support the boys." 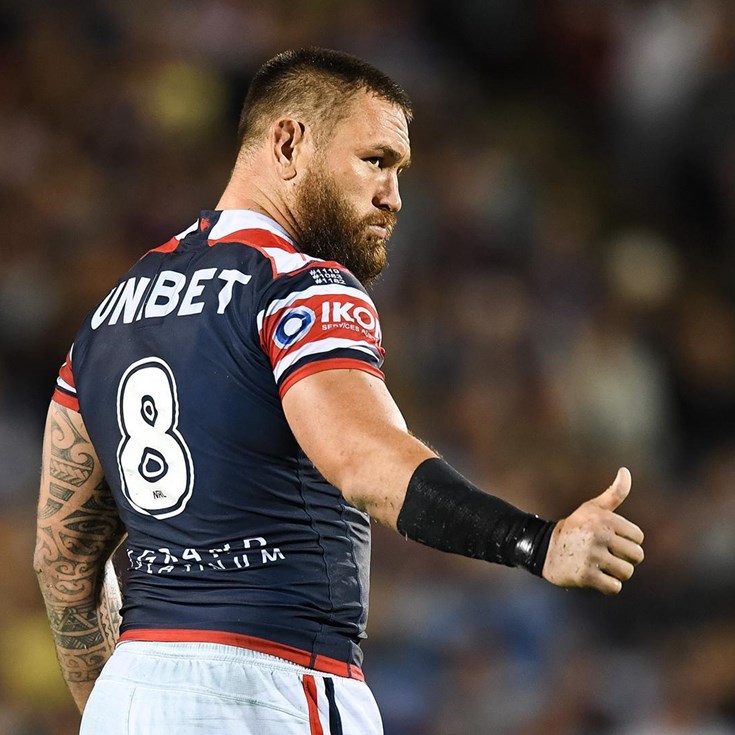