The Storm are 4-1 to start the season and sitting quite comfortably in second place on the NRL ladder, but according to star prop Jesse Bromwich their best is yet to come.

Melbourne have resorted to grinding out wins so far in 2016, with three of their four victories coming at a combined margin of 13 points.

Bromwich is happy with his side's work on the defensive end but knows they still have work to do on their attack.

"We're winning games which is good, but we aren't playing to our potential yet," Bromwich said.

"Defensively we're doing a really good job, but our attack needs a little bit of work and that's something we're working hard at.

"We've got a few things to work on, but it's good that we're still grinding the games out."

The Storm's depth was again tested on the weekend with winger Marika Koroibete serving a suspension, but Bromwich believes his side is working hard to fill in the gaps, especially due to the recent work of forward-turned-centre Tohu Harris.

"I think [the depth has] definitely been tested, I think Tohu's been doing a great job for us filling in there, and Richie Kennar played on the weekend and did a really great job," Bromwich said.

Kennar and Harris were able to link up for the game-winning try in Round 5 in what was a big moment for the young Victorian winger.

"I was happy for [Richie Kennar] to score the match-winning try at home in front of all of his family," Bromwich said.

"I think he had 30 tickets on the weekend, so it must have been a great feeling for him, and I was happy for him."

Draw Widget - Round 6 - Storm vs Bulldogs

After a five-day turnaround ahead last week's game the Storm will now enjoy a nine-day break before they face the Bulldogs on Monday night, in what Bromwich believes will be a tough test for his side.

"The Bulldogs have been a hard team for us over the last few years so I'm expecting them to come down and play a strong game after Monday night's loss. I'm sure they'll be looking to bounce back this week, so it'll be a hard challenge for us," he said.

The battle of the forwards will go a long way in determining the result on Monday night, and Bromwich believes that the Bulldogs boast the best big men in the game.

"I think you've only got to look at their forward pack, they’ve got some world-class players, and they've got some big players, so that's what makes them tough." 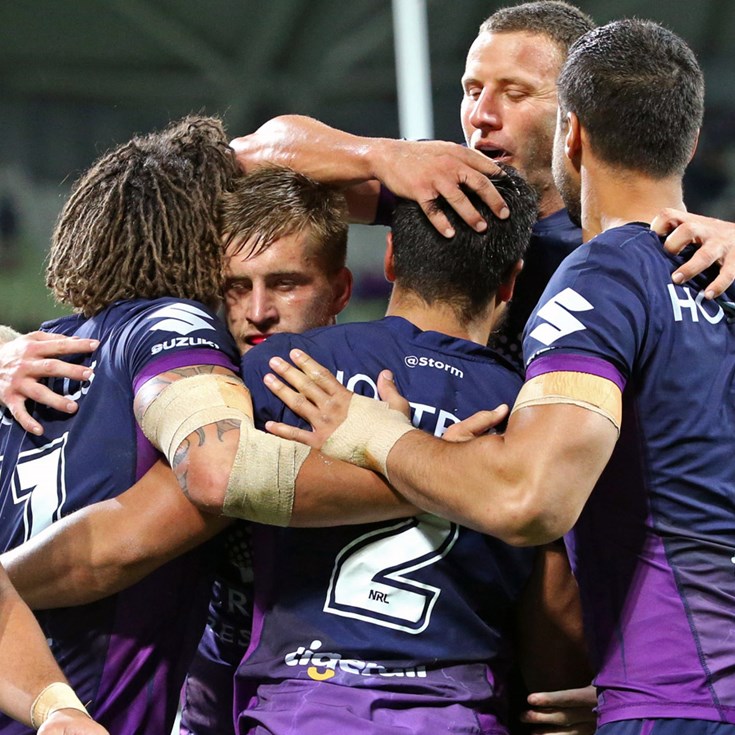