The Brisbane Broncos clinically chalked up their fifth win of the season and confined St George Illawarra to 163 scoreless minutes of football with a 26-0 victory at Suncorp Stadium on Thursday night.

Like a pugilist with a far superior reach the Broncos kept the Dragons at bay from the moment they scored inside the first five minutes but took until the 68th minute before they got outside two converted tries with a second penalty goal to Corey Parker.

Of the few try-scoring opportunities that came in the second stanza Dragons winger Peter Mata'utia blew a golden one with the line wide open three minutes after half-time that could have changed the context of the contest, Anthony Milford finally getting the Broncos' third eight minutes from full-time.

Any brave resistance from the Dragons was finally eroded as the seconds counted down, a Ben Hunt flick pass for Jordan Kahu extending the lead to 26-0 and some last-ditch defence confining the visitors to back-to-back scoreless games for the first time in the club's history.

Draw Widget - Round 6 - Broncos vs Dragons

On the back of a 36-0 flogging by the Cowboys last week the Dragons' under-fire attack was dealt another major blow prior to kick-off when Benji Marshall was ruled out and then red and white hearts sunk even further when Josh Dugan went down in the third minute with a neck complaint.

Thankfully after an inspection by the club doctor he was able to remain on the field but as the attack continued to splutter Dugan's contribution was confined largely to desperate last-ditch tackles as Brisbane pounded away at their try-line.

A sublime Anthony Milford pass that floated in front of two Broncos attackers and across three Dragons defenders put Corey Oates over untouched in the corner in the opening five minutes and then a Ben Hunt grubber into the in-goal gave Alex Glenn all the time and space he needed to gleefully ground the ball for his team's second try.

Some daring from the Dragons out of their own end was rewarded with a long break by Euan Aitken and a subsequent penalty 10 metres out from the Broncos' line, but three tackles later they were denied by the video referees after Jack de Belin had crashed over to the right of the posts.

Where Milford looked like creating try-scoring opportunities for Brisbane every time he got his hands on the football the Dragons seemed devoid of ideas or the confidence in which to execute them.

Gareth Widdop, Josh Dugan, Tim Lafai and Euan Aitken are all brilliant attacking players in their own rights but as a collective are currently so disjointed that no set of six tackles ever built to a satisfying conclusion.

With only 38 per cent of possession and a 66 per cent completion rate the fact the Dragons went into half-time trailing by only 12 points was testimony to their defensive resolve but there are only so many body blows you can stomach before the knockout punch lands square on your chin.

In a well beaten team Dugan was extraordinary, running for an incredible 281 metres and making five tackle busts but it was his defensive effort on his own try-line that will have caught the eye most of Blues coach Laurie Daley.

As they did last week against the Titans the Broncos did all they needed to win the game, remaining patient as the Dragons' got more and more desperate as the game went on. 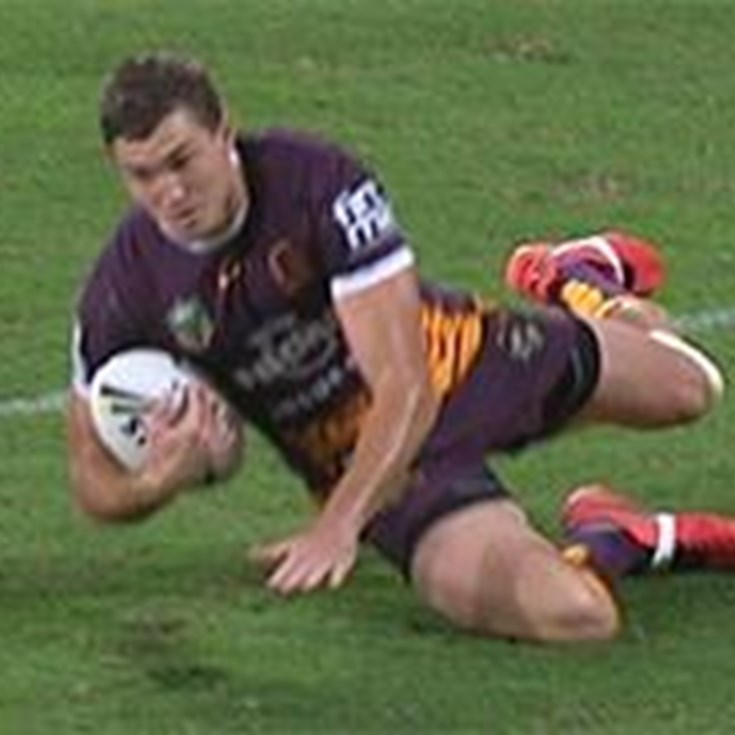