Nathan Peats is back, Craig Garvey is gone, Ryan James is scoring like a keeper and Trent Merrin isn't.

What changes should you be making to your NRL Fantasy team this week? Here are my answers to some of this week's big questions.

He's looking the goods isn't he? James has been a good Fantasy scorer in the past – he was a valuable money-making option last season – but he was also a frustrating player to have in your team as he invariably gave away a few penalties and errors every week. This season he seems to have improved his discipline while improving his workrate, which has led to a string of impressive scores.

It's too early to tell whether he can keep up these scores all season – proven Fantasy guns like Shaun Fensom are still more reliable options – but as a point of difference Ryan James isn't a bad buy at all.

Is Javid Bowen worth picking up to swap out for Greg Eden or similar cheap players who are not generating any cash? Just wary of using up what will be two trades to chase some cash.
From Rachael-Robert Jane

Javid Bowen had a very strong NRL debut last week – scoring a try and 45 Fantasy points – but Cowboys coach Paul Green has said the man Bowen replaced in the team, Kane Linnett, is likely to be back in the team next week.

That means even if Bowen gets another good score and price rise this week there's every chance he'll just be another red dot in your squad in a fortnight. Obviously he could be back when another injury hits the Cowboys backline or when Origin comes around but if you buy him you'll be running the risk he won't play enough games to make decent cash.

Bowen, Holland, Bateman or Cullen... are any of them worthwhile cash cows? Also, will Lichaa improve or would it be worth trading him out for Parcell?
From Shane Drought

Of those four potential cash cows, only Luke Bateman is on track for a lengthy spell in first grade – the injured player he's replacing, Sia Soliola, will miss six weeks with a broken arm while Bowen, Kerrod Holland and Cameron Cullen could all be bumped out of the top grade in two weeks. There are no guarantees about Bateman's game time, but if you need to grab a potential cash cow this week he'd be the guy I'd recommend.

Trent Merrin keeps providing me headaches... I'm thinking of selling him for he likes of Fensom. Is this a good trade?
From Ollie Poiner

It might be. "Never trade a keeper" is one of the key Fantasy rules to live by but is Trent Merrin still a keeper in 2016? One of the game's best back-rowers in recent years has made a slow start to the season after leaving the Dragons for the Panthers – he is averaging less than 44 points a game, which drops to a bit under 42 a game if you take out his Round 1 try. By comparison, the top 10 second-rowers in Fantasy this season are all averaging 50 or more points a game.

There are some extenuating circumstances for Merrin – he's still adapting to life at a new club, and last week he returned from illness after missing the previous round and might not have been 100 per cent (he was averaging 49 from his first three games before scoring just 28 in Round 5). That should probably earn him another week in your team to see if he can show signs of his old Fantasy scoring. But it's also true that the Panthers are a different team from the Dragons outfit that tends to grind out low-scoring games that involve a lot of work for the middle forwards (see Jack de Belin's recent scores, for instance) and Merrin at Penrith just might not be the same Fantasy force he was at St George Illawarra.

Hey Scout, is Jacob Safiti a trade this week now he is on the bench? Or does he still have a couple price rises to come?
From Jarvis Zochling

He's still got price rises to come, even if his scores drop down to 20s and 30s. Don't sell him yet.

Which hooker should be traded in for Garvey? Can you give your best cheaper option as well, for us that thought there'd be another price rise or two for Garvey hence don't have enough for?
From James Irlam

Garvey was only ever going to be a short-term option with the man he replaced Michael Lichaa ruled out for three or four weeks, but people who bought him can have no complaints with the $150,000 in price rises he's managed in three games. Cameron Smith and Jake Friend are the top-level replacement options, Nathan Peats is fit again just in time and a good pickup for the bye rounds (although they're still eight weeks away) and Matt Parcell is the value option at $333,000. 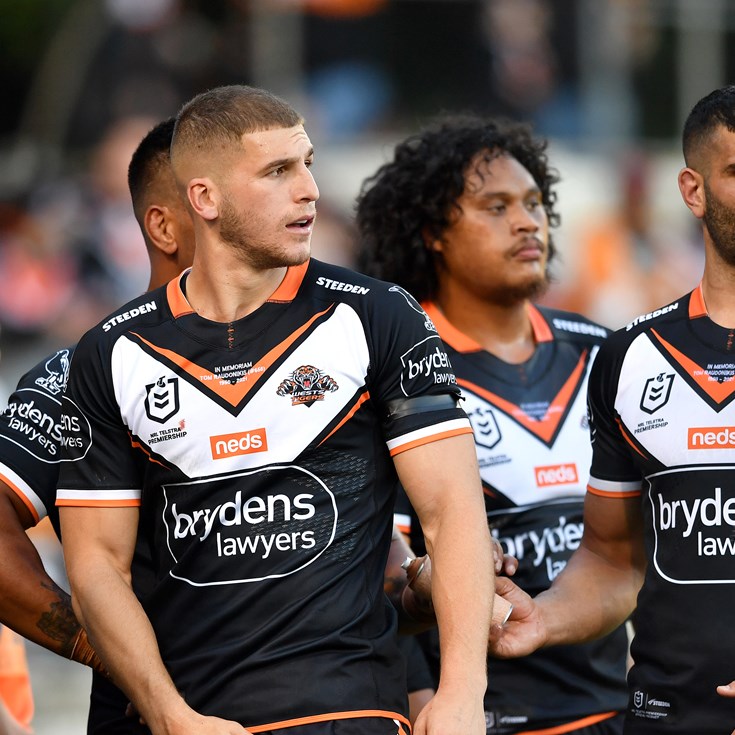 Presented By DoorDash 24 mins ago