Boom young Eels prop Daniel Alvaro may not be looking to replicate injured prop Tim Mannah but his clubmates and coach believe there's no question he can handle the pressure in his first NRL run-on start.

Draw Widget - Round 6 - Eels vs Raiders

Alvaro came off the bench for Parramatta seven times last year and in Round 1 this year but has been brought in as a starting prop to partner Junior Paulo against the Raiders after a month of barnstorming efforts for Parramatta's Intrust Super Premiership side Wentworthville.

Magpies coach Joey Grima was effusive in his praise of the young workhorse, who has averaged 177 metres per game from 17 carries, while racking up a huge 43 tackles per game at a 90 per cent efficiency rate.

"The club sees him as an integral cog in the wheel due to his attitude and no nonsense ability to get the job done, whatever is required," Grima told NRL.com of the man they call "Polar" due to his supposed resemblance to a polar bear.

"He could play 80 minutes. Sometimes the quality when the player plays a long stint isn't what it should be but 'Polar' would carry the ball for large stints and average between 18 and 20 carries a game and on a consistent basis get up around the 30, 35, 40 tackle mark," Grima said.

"When he carries the ball he's able to find his front which will help our whole team moving forward so not only is he supplying the quantity of efforts, it's the quality. It's the average metres made and tackle effectiveness which is the highlight."

Senior big man Danny Wicks – who many thought would be the man to fill Mannah's starting role until he returns – had glowing praise for his 22-year-old clubmate.

"I love him, I'm his biggest fan" Wicks said.

"The kid could be a representative player in a couple of years. He's just got that much determination and he turns up to training, he's ready, he never ever complains, you won't hear a wrong word out of him.

"You tell him to do something he's there to do it and he's the first one to put his hand up. First one in, last one to leave type mentality. He's great for the team and the club."

Eels captain Kieran Foran said Alvaro had been the club's trainer of the pre-season and is one of the fittest players at the club.

"We've brought him in to do a job this week and he'll do every bit of it. We've got complete faith in his ability and what he can bring. He's a really good young player and we expect big things from him going forward," Foran said.

For his part, the Southern Highlands product and former Brisbane NYC player had a philosophical approach to the huge numbers he's been putting up in reserve grade.

He said he'd been trying to play as many minutes as he could – usually getting through to 10 minutes after half time before having a spell then coming back to finish games.

"I'm just trying to hit over 150 [metres] a week and not miss my tackles. I don't really count how many I make, I just try and miss as few as I can," he said.

After two years in the Brisbane system, homesickness brought Alvaro back down to Sydney.

"I played two years of 20s at Broncos and was pretty keen to come home, I was pretty homesick and wanted to come back and Parra gave me an opportunity and I've been here ever since and really enjoyed my time."

Judging from their feedback his teammates are happy to have him. 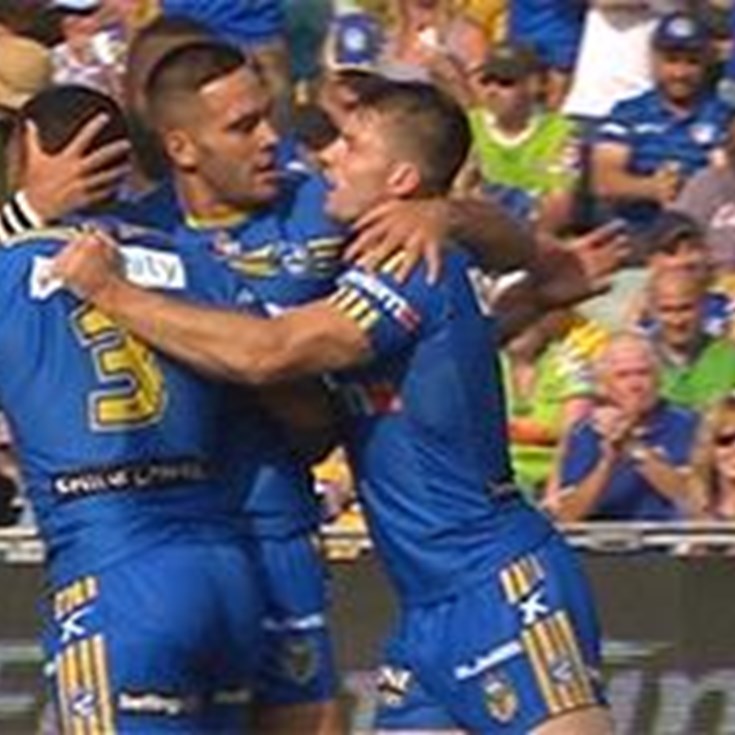