After starting the season with just two victories from six games Warriors coach Andrew McFadden has rung the changes ahead of a Round 7 'away' meeting with the Bulldogs in Wellington.

A 34-18 loss to the Sea Eagles last week seemed to force McFadden's hand, with the major selection talking point in this match-up being the move of Tuimoala Lolohea from the wing to standoff, with Jeff Robson dropping back to reserve grade.

The Warriors bring in David Fusitu'a on the wing and welcome back Bodene Thompson from injury in the place of Albert Vete. Simon Mannering shifts back to lock with Sam Lisone starting at prop and Jacob Lillyman reverting to the bench, while off-season recruit Ligi Sao is listed as 18th man.

Canterbury-Bankstown will travel to Westpac Stadium off the back of a grinding 18-12 win over the Storm on Monday night, when their defence came to the party time and time again to secure a victory that lifted them to fifth on the NRL Telstra Premiership ladder.

Coach Des Hasler has named an unchanged line-up, but has added Lloyd Perrett to a five-man bench for the trip across the Tasman.

Watch out Bulldogs: The Warriors sit among the bottom four teams on the ladder, but their attack is up with the very best in 2016. In overall points the Warriors trail only the Cowboys at the top, averaging 23.3 per game, while also sitting second-equal for the most tries scored. Along with the Broncos the Kiwi outfit also lead the competition in line breaks made with 28.

Andrew McFadden made a clear statement to his players this week; perform or you are gone. The dropping of Jeff Robson so early in the season was surprising and is sure to have everyone in the squad on high alert. The Doggies should expect a much-improved attitude from their opposition come Saturday night.

Watch out Warriors: The Bulldogs have protected their line well so far this year, and have leaked more than 20 points only once in six games. They average just 14.6 points conceded per game and McFadden's men will have to be at their very best to find a way through.

In six attempts the Warriors have never won an 'away' match in New Zealand against the Bulldogs. When being hosted by Canterbury-Bankstown in both Wellington and Hamilton the best result the Warriors have managed is a 24-24 draw back in 2001.

Key match-up: Moses Mbye v Shaun Johnson. Johnson returns to the No.7 jersey for the first time this season and looks set to have an increased role, given the inexperienced Lolohea will partner him in the halves this week. The Kiwi international has scored four tries and set a further four up so far this year, and averages 48 run metres per match. At just 22 years of age Mbye has been one of the best halves in the competition so far, leading the Dogs around the park well and contributing plenty in attack with four line breaks, four tries and five try assists in six games.

What are the odds: The Bulldogs opened as $2.45 outsiders and quickly became the best-backed team of the round with Sportsbet. With money running six to one in favour of Canterbury-Bankstown, they could well start favourites by the time we get to kick off. Latest odds at Sportsbet.com.au

The way we see it: The Bulldogs are travelling along neatly under the radar in fashion which might even cause coach Hasler to muster a grin. Although they have lost twice by 14-point margins, Canterbury-Bankstown have also shown they can win the tough ones. The Warriors struggle to stay in the grind and this week come up against opponents who seem to thrive on it. The Doggies will know if they can complete well the game will likely be there for the taking in the final 20 minutes, when the Warriors tend to fall away in matches. Bulldogs by 14. 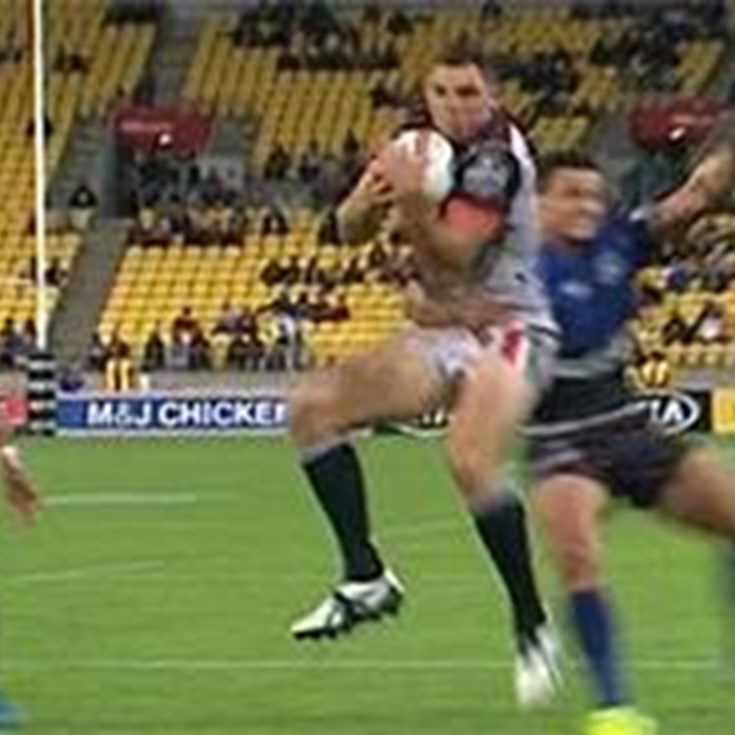