For the second year running the NRL heads to Newcastle on Anzac Day.

While they have yet to be defeated so far at Hunter Stadium this season, the Knights have had a fairly miserable run on the road over the opening seven rounds.

They'll come up against a Sea Eagles outfit who are equally as desperate for a win as they look to make amends for their current losing record in 2016.

The returns of Brenton Lawrence and Matt Parcell will only help Manly's cause, with Josh Starling the unfortunate one to miss out.

The Knights welcome back co-captain Jeremy Smith for his 200th NRL game and Danny Levi in place of Jack Stockwell and Pauli Pauli (suspended).

However Nathan Ross, Jarrod Mullen and Tyler Randell will need to prove their fitness after all three men suffered concussions last round.

Watch out Knights: As close as it is, the NRL can also prove a slippery slope for some. Thanks to the form of the Roosters, the Knights are only just keeping their head above water. A much-improved performance is crucial in the aftermath of their 53-0 loss to Brisbane last start, namely because the battle for last place looms in Round 9 against the Tricolours.

Watch out Sea Eagles: Brayden Wiliame has played 13 NRL games and hasn't won a single one. The poor winger will be hoping 14th time is the charm, and what a place it would be to end his barren run! The centre spent a season at the Knights in 2014 and was born in nearby Gosford. He never did play first grade football at Newcastle though so it's sure to come as a delight if the Sea Eagles come up with the goods on Monday.

Key Match-Up: Danny Levi v Matt Parcell – Both men are returning to their respective teams this week after brief injury layoffs and their influence will only help. Quick around the ruck, both Levi and Parcell slot straight back into the No. 9 jumpers this week in a timely boost for both squads. Equally as exciting as they are inexperienced, these two youngsters hold the key for victory.

The History: Played 45; Knights 17, Sea Eagles 28. It's been four years since the Sea Eagles have travelled to Newcastle. Coincidentally it was also the last time they were beaten by the Knights. Since being flogged 32-6 in Round 19, 2012, the Sea Eagles have won their past four against Newcastle – all at Fortress Brookvale. These two played last in Round 9 last year, the Sea Eagles coming out 20-point victors.

What are the Odds: Sportsbet were inundated by punters wanting to back Manly at as much as $1.65 following Newcastle's 53-0 loss to the Broncos. The Sea Eagles have firmed the most across the round as a result. Manly 13-plus is the most popular winning margin and the Sea Eagles have been supported at the line. Latest odds at Sportsbet.com.au.

The way we see it: It would be a massive shock to anyone who has ever watched an NRL game in their life if Newcastle can turn around their last-start 53 point deficit. Wiliame is going to have the time of his life on Anzac Day because the Sea Eagles will surely get up in this one. Manly by 10 points. 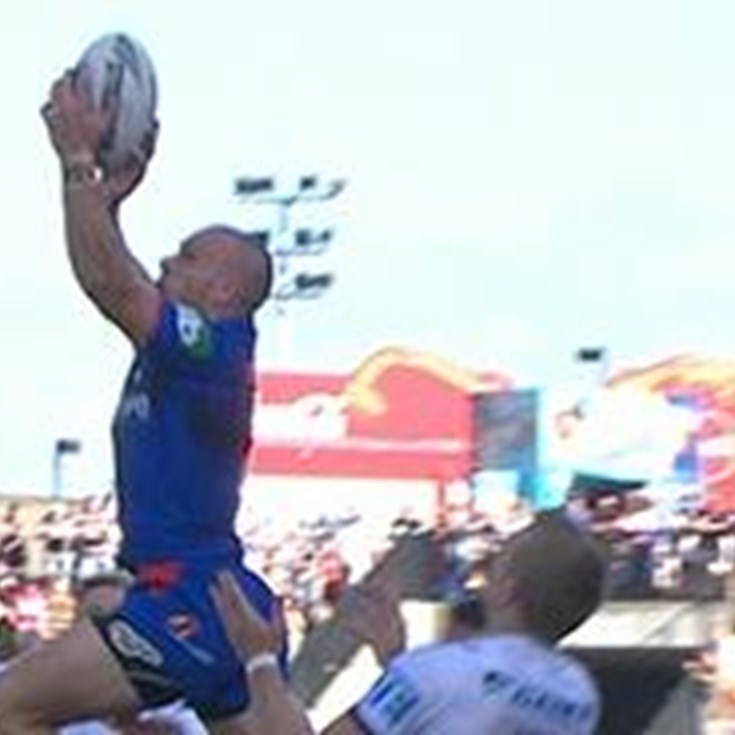 Injuries strike as Manly down Newcastle

Lawrence fit, Parcell to be monitored