When Broncos half Ben Hunt twisted and turned his way over to score in the 58th minute against the Knights last Friday night, Joe Ofahengaue was on his inside keeping Pauli Pauli interested.

When Hunt went to the line again 10 minutes later Ofahengaue was again there on his inside in support, only this time his reward was the first NRL try of his career.

These are the one per-centers that coaches such as Broncos mentor Wayne Bennett so often talk about and for forwards such as Ofahengaue often get overlooked everywhere except the team room as the halves are showered with praise.

With the 2016 State of Origin Series looming large and Brisbane’s forward pack likely to be decimated by Queensland call-ups the spotlight will soon shift to the young Broncos ready to carry forth the club’s strong start to 2016.

With the injury to Alex Glenn former Bulldog Herman Ese’ese has earned his first Broncos appearance with some strong displays for Souths Logan in the Intrust Super Cup, joining Ofahengaue, Jarrod Wallace and Kodi Nikorima on the bench against South Sydney on Friday night.

With Corey Parker, Sam Thaiday, Josh McGuire and Matt Gillett almost certainties to be in Queensland’s team for Game One on June 1 responsibility grows on those who are left behind with youngsters Jai Arrow and Joe Boyce pushing for elevation into the top grade.

Ofahengaue says he was "lucky" to get to Hunt’s grubber kick before Darius Boyd as it bobbled around in the in-goal area last week but also acknowledges that it was a reward for remaining alive on the play.

"Darius was just there and I tried my best to get in front of him and I'm so lucky that I did," said Ofahengaue, who once scored four tries playing under-16s for Ipswich Brothers.

"He kind of let me have it but he said in recovery the next day that if I stuffed it up he probably would have got in trouble because he's usually the guy supposed to dive on those, not me.

"Wayne always loves us supporting our half because that's what opens the space up for them.

"That game obviously having a lot of space, I knew if I just stayed on the inside of one of them I was going to be lucky to get a try.

"I thought he was going to pass it but that's all right."

Now in his fifth season in the NRL Jarrod Wallace plays his 54th game for the Broncos on Friday night already with one eye on the upcoming Origin period.

The 31-18 win over Newcastle last year by the 'baby Broncos' was one of only four games in which Wallace started for the entire season and said it was important he and Ofahengaue lead the way when the Origin stars are absent.

"'Joffa' is a big boy and he's only young and still trying to find his feet. He runs hard and tackles hard so I think he's got a big future," Wallace said.

"It's definitely going to be a big period for me and the boys that are in the forwards because we will lose most of our pack.

"With Sam, Corey, Josh maybe, 'Gillo' [gone] it's definitely a big couple of weeks for us going forward.

"Over a few years that was our real downfall around Origin when we'd lose those players and lose games.

"I thought we did a great job last year. We got a good win without the boys there down in Newcastle and I think that was the only game that we didn't have them."

The only game that the Broncos' Origin representatives will be unavailable is against the Wests Tigers in Round 12 although they are scheduled to play the Warriors (away), Bulldogs (away) and Rabbitohs (away) on the Saturday following each of the three Origin matches. 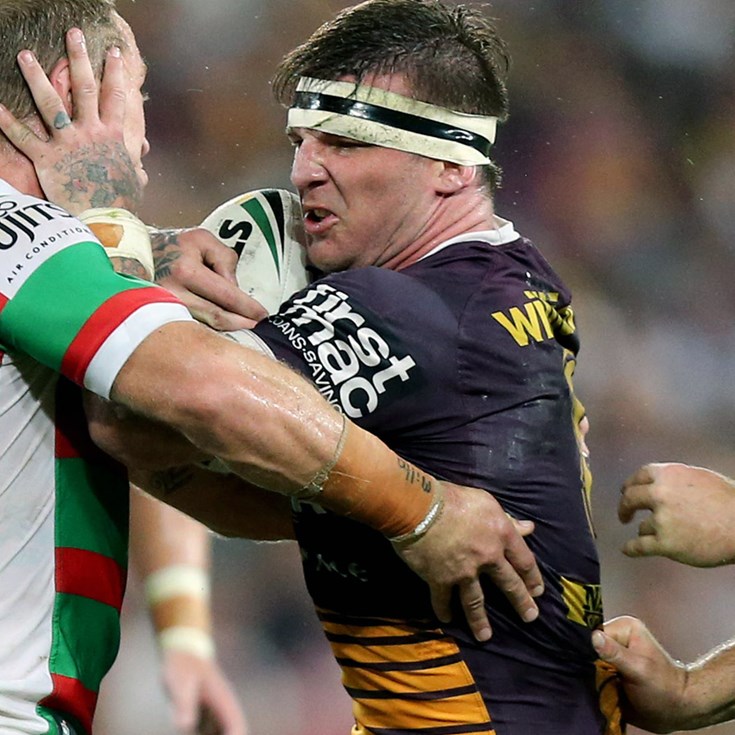 No spite between Brisbane, Souths: McGuire

Ese'ese to replace Glenn for Broncos