I'm new to this whole 'Editor' title, but I've been thinking lately about how much I kind of feel like an NRL coach.

Before you laugh so hard you accidentally hit 'close browser' button, hear me out.

New people came in during the pre-season, meaning I had to manage different personalities and positions in the team. I have to think of a game plan every week, which mostly works but sometimes doesn't. Timing is everything. When things go right, nobody knows I exist. But when things go wrong… ohhhh boy.

Naturally, accepting a role like editing a magazine – or coaching – has a huge degree of responsibility attached to it, as well as some perks, so I'm more than happy to take the fall if things go awry. Luckily for me, my team is ace and that rarely happens (except for when I make mistakes, woops!).

The point is, I do feel for coaches like the Wests Tigers' Jason Taylor and the Warriors' Andrew McFadden as they try to navigate the murky waters of first-grade football.

The thing that makes it even worse for them is they have the expectations of their respective clubs' boards, sponsors, and most importantly members and fans to deal with on top of working all week to make sure their teams win.

The thought of all of that pressure piling on makes me break out into a sweat.

Sure, coaching is not a perfect science. Sometimes maybe it just isn't a good fit. Maybe the style of play coaches want to push doesn't flatter their team. Maybe personalities clash. If it's not working, it's not working and there will be a million coaches who get moved around from now until the end of time. It happens.

But NRL fans - including me, so please don't send any disparaging emails about this statement - often think they know the best way to do everything. We're the biggest armchair critics going around, and direct anger so freely at the easiest target when there is often so much more happening inside the walls of a club. We don't see and hear everything and going hard after a person's livelihood feels a little bit harsh to me most of the time.

So I've made a vow not to speak out of anger, but instead form reasonable arguments about rugby league related things when I see fit. At the end of the day, it's important to remember it's very easy to criticise. On a lighter note, in the words of the great Homer Simpson, it's "fun, too!"

AND ANOTHER THING… "Educational" is not the sexiest word in the dictionary but there is a great piece in Big League this week about the 1952/53 New Zealand Test side, which holds the longest winning-streak against Australia (four on the trot). Reading how they managed to contain Clive Churchill is fascinating. The current Kiwi team could amazingly be just the second black-and-white squad to achieve the feat if they beat the Kangaroos next Friday in the mid-year Test. Strap yourselves in.

The Round 9 issue of Big League is on sale at newsagents and at the ground. Digital version also available through iTunes, Google Play and at www.zinio.com.

Maria Tsialis is the editor of Big League magazine. 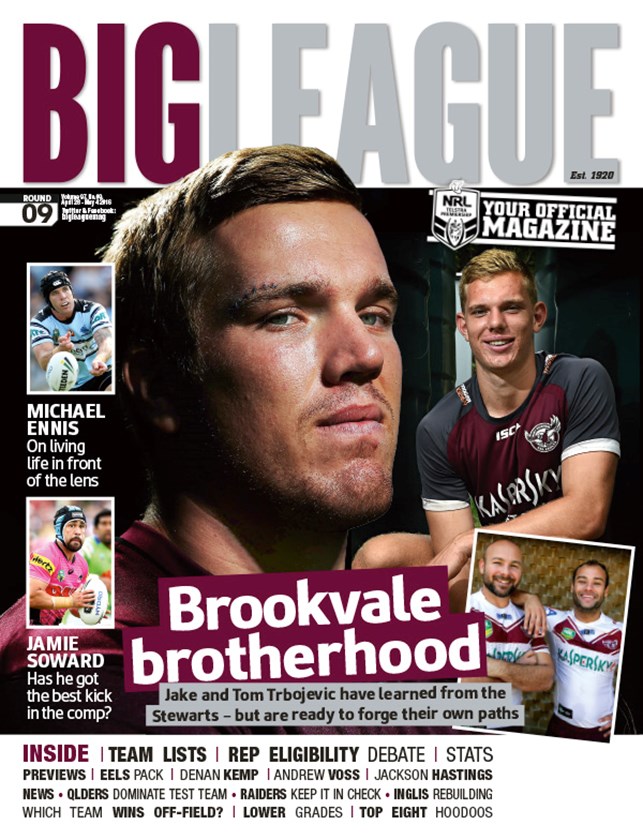