The Wests Tigers have snapped a six-game losing streak after beating the Rabbitohs 30-22 on Thursday night but it has come at the cost of a shoulder injury to star fullback James Tedesco.

Tedesco had a hand in everything in the first 40 minutes where he scored one try and set up another for Jordan Rankin, but the prospective Origin representative failed to return after half-time.

On top of Tedesco's second-half absence, the Tigers also had to deal with the late withdrawal of five-eighth Mitchell Moses who strained his quad in the warm-up.

The Tigers' win – their first in 45 days – comes just five days after they were embarrassed 60-6 in the nation's capital by the Raiders.

"We brought all of the pressure on ourselves from a performance that was absolutely not good enough last week," Tigers coach Jason Taylor said.

"We can take that pressure straight away with a win and that's what we did. But it was in such a great fashion.

"I'm really excited about the way we won that game. It was a tough performance, we wanted to be tougher and that was a really strong win in the circumstances and there were plenty going against us."

The Rabbitohs only had themselves to blame for their fourth straight loss after giving up 20 points in the first 20 minutes of proceedings.

Tedesco was first to score in the fourth minute when Adam Reynolds' attempt to knock back a Luke Brooks grubber was pounced on by the Tigers fullback who scored just milliseconds before the Rabbitohs halfback was able to ground it himself.

Tedesco provided the second try for his side in the 11th minute when his nifty cut-out ball hit Rankin on the chest, allowing for the winger to cross in the corner.

Brooks' attempt to find good field territory with a last-tackle kick five minutes later was left to bounce by Rabbitohs skipper Greg Inglis, and bounced straight back to Brooks who was left to run into open space to score.

The Tigers ensured a 20-point lead after as many minutes when Kevin Naiqama swooped on Robbie Farah's grubber despite having plenty of Rabbitohs defenders in the vicinity.

South Sydney finally posted points in the 36th minute when the Tigers temporarily turned into their own worst enemy.

Rankin looked to have a Reynolds bomb covered but Tim Simona's contact on Aaron Gray saw the Rabbitohs winger collide into his Tigers counterpart. It left the ball free to be collected by Souths centre Kirisome Auva'a who scored out wide.

With Tedesco sidelined at the start of the second half South Sydney immediately took advantage when David Nofoaluma's failure to catch a towering Reynolds bomb in the 44th minute left Bryson Goodwin to pick it up and score.

The Rabbitohs were back at it again five minutes later when poor Tigers defence allowed Inglis to feed the ball out to an unmarked Dane Nielsen.

The Tigers refused to park the bus though as another Brooks grubber provided his side their first try in over half hour through Rankin again in the 53rd minute.

Farah's attacking raid on the blind side 10 minutes later came up trumps for the Tigers when his cut-out pass to Nofoaluma all but secured his side the win.

The Rabbitohs pegged the deficit back to eight in the 73rd minute when quick hands down the short side from Damien Cook and Chris Grevsmuhl put Goodwin over for his second try, but it was to no avail by game's end. 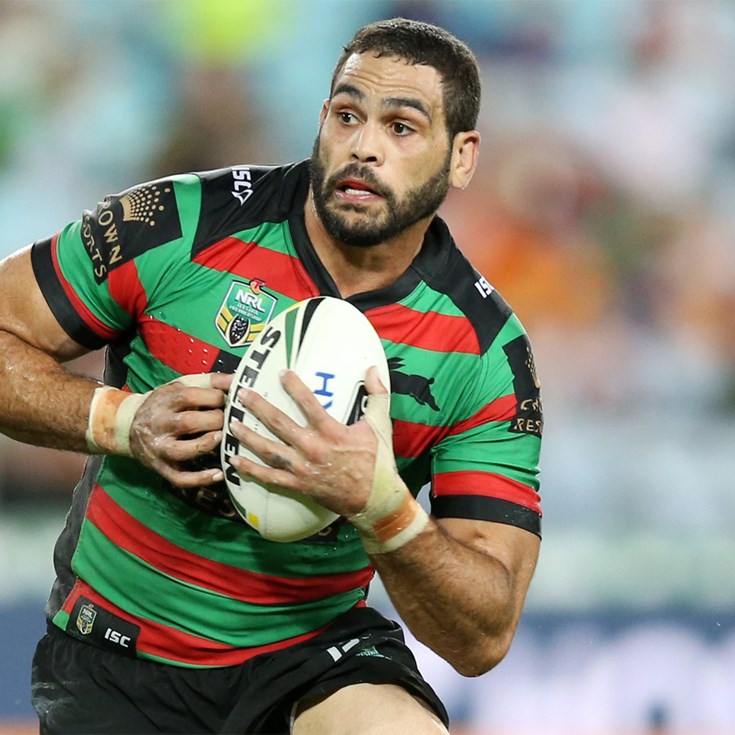