He upped sticks and moved across to Auckland in search of more NRL opportunities, and this Sunday Shaun Lane will become a key forward for the Warriors after coach Andrew McFadden dropped seven players to reserve grade.

Manu Vatuvei, Ben Matulino, Bodene Thompson, Albert Vete, Sam Lisone and Konrad Hurrell have all been axed for the Round 9 NRL Telstra Premiership clash with the Dragons due to "failing to meet team standards".

All except Hurrell had been initially named in the squad for this week, while Ligi Sao has also been dropped in unrelated circumstances.

Among the major beneficiaries of the shock move by McFadden will be 21-year-old Lane, who signed with the Auckland club from the Bulldogs last month in a swap deal with Raymond Faitala-Mariner.

"I finally get a chance to impress this weekend and hopefully I can do my best," Lane said.

"I have been rewarded for that."

Draw Widget - Round 9 - Warriors vs Dragons

Earlier in the week McFadden took aim at his forward pack, saying he wasn't happy with the way they were performing, and hinted at further action.

The changes have opened the way for 21-year-old prop Toafofoa Sipley to make his first-grade debut against the Dragons, while Sione Lousi, John Palavi and Matt Allwood will make their first Telstra Premiership appearances for 2016.

With lock Simon Mannering also set to miss a few weeks with a bad mouth cut which forced him from the field against the Storm, McFadden is hoping Lane can help to fill the void created in the back-row.

"He [Lane] will play on the edge, we are obviously missing Simon so we are going to have to make sure we fill the minutes in the middle there," McFadden said.

"I know what [the Dragons] will bring, they will be aggressive but I think we have got to focus on ourselves."

Lane, who burst onto the NRL scene last year and has made 14 appearances since, said the last-start result or absence of players won't change the style he will aim to bring to the match.

"I guess that will impact you a little bit mentally with a loss like that, but I am just happy to get a crack so I am going to try and bring as much energy as I can," Lane said.

"I am sure the other boys will bounce back and provide plenty of energy on Sunday.

"Obviously it's been a bit ugly with a loss like that, it was pretty ugly from the start, but the boys now are trying to stay positive and I guess that is all you can do after a game like that.

"We are just trying to get around it, and luckily there is always next week.

"I am just going to try and come in and provide a bit of spark, kind of like what I tried to do last year." 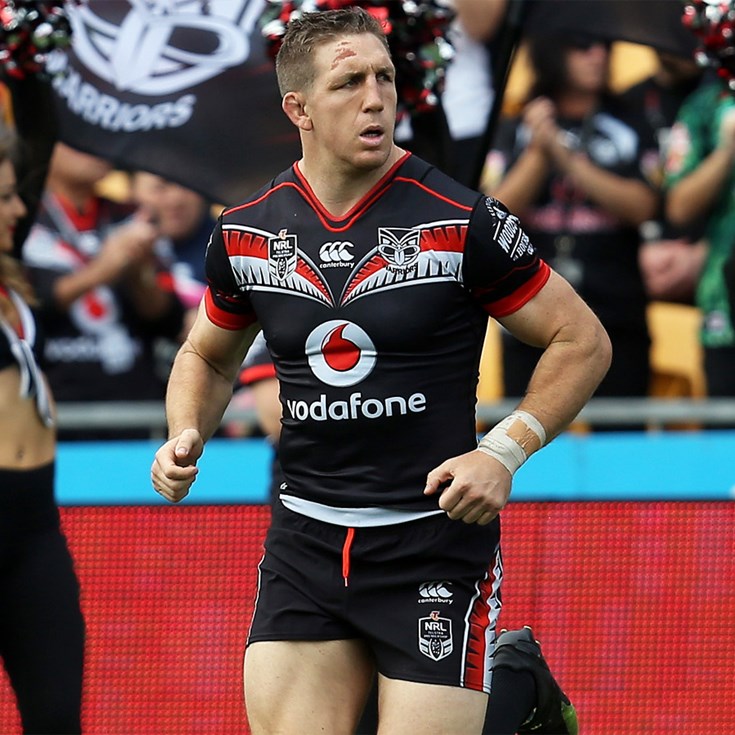