Titans coach Neil Henry says despite the club having room in their salary cap for 2016 they will not serve as a short-term safe haven for players who are out of favour at other clubs.

Following confirmation from Nathan Peats on Tuesday afternoon that he has been approached by Eels management to consider leaving the club in order to alleviate their salary cap crisis, the Titans were quickly thrown up as a potential new home for the City Origin representative.

Henry denied he had spoken to either Peats's manager Sam Ayoub or anyone from the Eels about his impending availability and said the Titans would only be interested if they thought he would be a player of value in subsequent seasons.

Peats has been named at hooker by the Eels to face his former club South Sydney on Friday night but his immediate departure is now seen as key to Parramatta being able to play for competition points again from Round 10 onwards.

While the Titans have four hookers – Nathan Friend, Kierran Moseley, Daniel Mortimer and Matt Srama – on the books for 2016 all are off contract at season's end.

With seven weeks remaining before the June 30 deadline where clubs must have finalised their rosters, Henry said a decision about Peats or any other players will be based on their long-term contribution to the club.

"We're not here to pick up someone who we don't think will be valuable with the club moving forward," Henry said.

"We need to make the decisions based on what's best for the club moving forward and the current roster that we've got.

"We do have a spot in our salary cap but it's whether or not we want to use a spot on a hooker given the number of hookers we've got at the club.

"It's a position that we're still making some decisions on [for next year] that's for sure. There are a couple of hookers available but it's something that time will tell with the form of the guys that we've got.

"There are no ongoing negotiations [with any players]. There's speculation from other clubs about players but we've got until the June 30 deadline so we've still got seven or so rounds to go.

"I don't feel pressured that we need to make a decision about a player that's not wanted by another club if he's not part of the future of the club."

Draw Widget - Round 10 - Storm vs Cowboys

Ahead of Monday's clash with the Roosters at Cbus Super Stadium the Titans are down to two fit hookers with Friend and Moseley named in Henry's 17 on Tuesday.

Mortimer could make a return from a hamstring injury in either the Intrust Super Cup or indeed the NRL side while Srama's season ended when he tore his anterior cruciate ligament while playing for Burleigh.

Karl Lawton is also considered a future No.9 with the club but he has not yet made the step up to first grade after playing in the halves in the under-20s last season and predominantly being used off the bench for Tweed Heads. 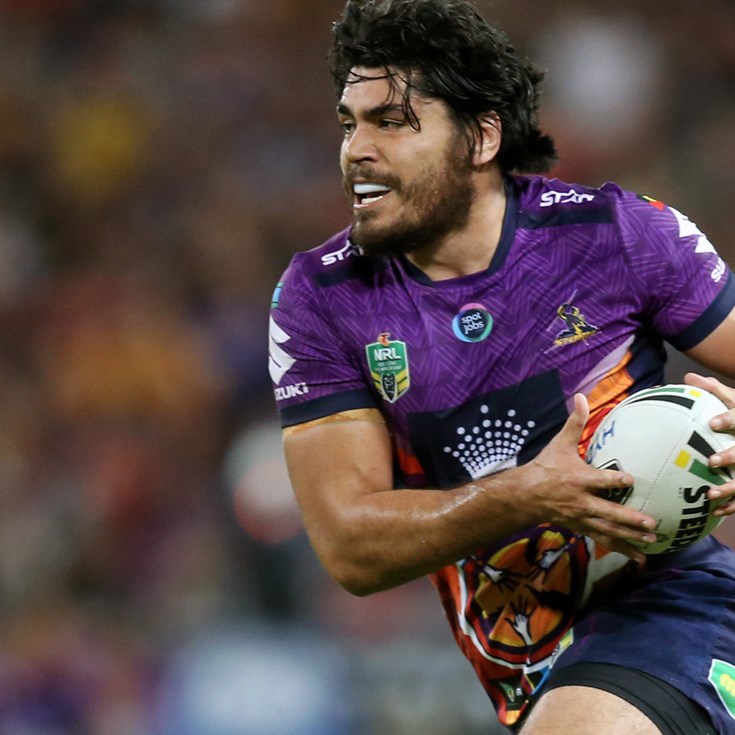 Cowboys out to end late lapses