Hookers Mitch Rein and Josh Hodgson go head-to-head as the Dragons take on the Raiders in Round 10 of the NRL Telstra Premiership.

These two No.9s are hardworking, grafting types. Solid in defence and scheming in attack. Rein has made more tackles than Hodgson so far in 2016 (382 to 310), but the Raiders rake has been more potent in attack with six try assists to Rein's none.

It is in attack where the Raiders look to have the upper hand, having scored 37 tries to the Dragons' 14 so far in 2016. When it comes to points conceded the teams are quite even with the Dragons allowing an average of 21 points per game and the Raiders 22 points.

This should be a close game to open Round 10. Which No.9 will come out on top? 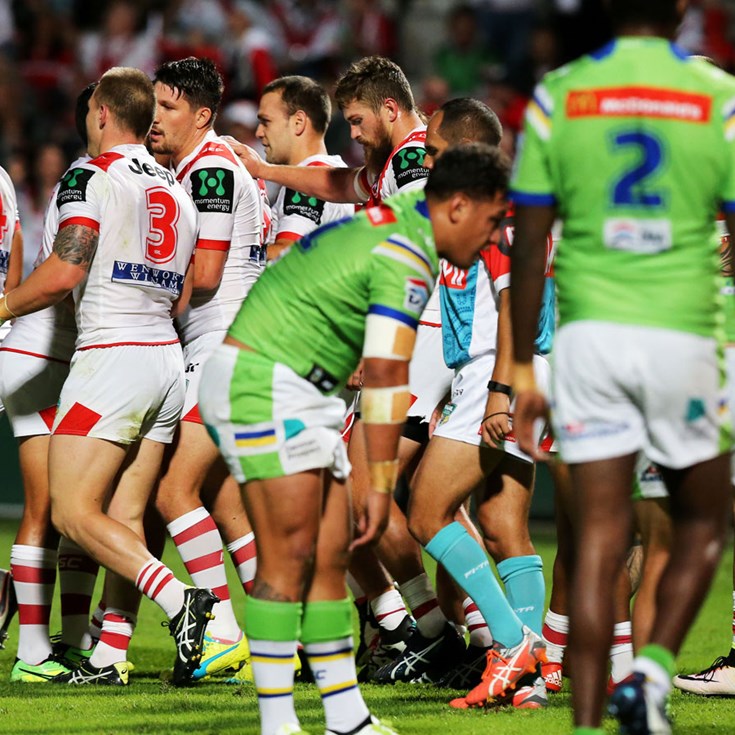