A week is a long time in rugby league and it's exactly why Wests Tigers lock Elijah Taylor remains wary of the Newcastle Knights this weekend.

The Knights were flogged 62-0 by the Sharks last Sunday and spoke from experience when discussing the possibility of the Novocastrians bouncing back in Campbelltown on Saturday afternoon.

In Round 10, 2013, Taylor was on the bench for the Warriors when they were thrashed 62-6 by the Panthers. Eight days later the Warriors were 16-point victors – coincidentally against the Knights.

The win proved the impetus behind the Warriors winning seven of their next eight games.

"We had a lot of crisis meetings and we just come together after that. We worked hard at training because we knew we were representing our families and our fans and we went on a winning run after that," Taylor said of the time.

"You can't take any team in the NRL lightly. Newcastle will definitely come out fired up because they have their strongest-possible team lining up.

"We have a lot to work on as well. It is rugby league, things can change. Jeremy Smith will be leading their pack so it's going to be tough for us no matter what."

Taylor featured for the Tigers for the first time last weekend where they came away with a disappointing loss of their own against the Bulldogs.

Taylor started at lock and recorded 51 metres and 50 tackles though is hoping to further adapt to the Tigers' style of play.

"I'm trying to fast-track everything in terms of knowing game plans, calls for different moves and understanding how the halves play and how I can fit in," he said.

"Just little things like that. It can take a while and it takes time to build combinations."

Griffin's first year at the club saw Taylor fall completely out of favour, managing just two appearances in the first nine weeks of the season.

"The back-rowers who were in front of me were all great players. Bryce Cartwright, 'Yeowie' (Isaah Yeo), [Tyrone] Peachey and young James Fisher-Harris all trained really hard so I hold no bitterness towards Anthony Griffin," Taylor said.

"He's a great coach and he taught me a lot in the short time I was there but it came to a point where I was still reserve grade and it was Round 10. The Tigers were really keen to have me on board so I took the opportunity." 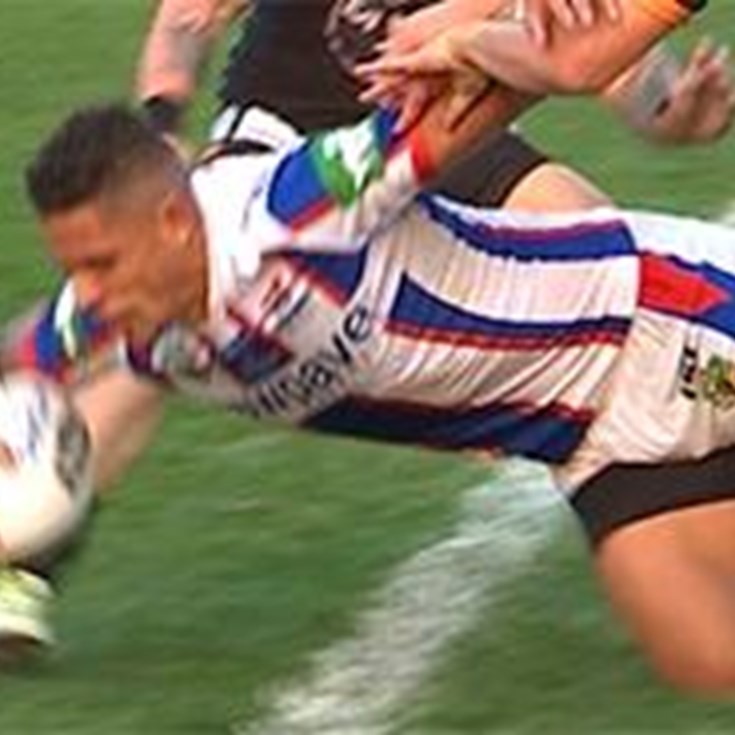 Ballin eyes off Tigers' No.9 jumper