The Warriors were no match for the Raiders on Saturday night, as the Green Machine ran out 38-12 winners. Here are five key points to come out of the Round 11 clash at Yarrow Stadium in New Plymouth.

Lots of points, but defence the best feature

After scoring six tries and 38 points it would be easy to assume attack was the main positive to take out of the match for Canberra, but coach Ricky Stuart said it was the 12 on the scoreboard which was most satisfying.

Although the Warriors were well below their best, they still threw plenty at Canberra with ball in hand, with the Raiders up to the task on almost every occasion.

"The way we defended our goal line was a big improvement on some of our defence at the start of the season and last year."

In greasy conditions the Raiders' spine were proficient with the ball and exploited the Warriors' weaknesses all night.

Five-eighth Bake Austin scored the opening try of the match, while Aidan Sezer managed the game with his quality kick selection. Off the bench Josh Hodgson contributed a line break, try assist and scored a four-pointer of his own.

"Blake and Aidan and our '9s', it’s been a bit of a disturbed start to the season with injuries and not getting a lot of opportunity to play together, Stuart said.

"The more time they get together the more fluency and cohesion we will get in those combinations."

'Soft' Warriors should expect changes ahead

Both coach Andrew McFadden and captain Ryan Hoffman were understandably fuming with the performance the Warriors produced, and didn't hold back in the post-match press conference.

"There is absolutely zero excuse for us to put up a performance like that tonight," Hoffman said.

"And that comes down to nothing but the players."

McFadden was equally scathing in his appraisal, and said to expect players to be dropped as a result.

"We showed some real softness tonight, obviously our defence just gave up too many soft points," McFadden said.

"I thought we had half a dozen blokes who didn't show the urgency or the desire you need to play first grade tonight; it's embarrassing.

"I need to find people who are willing to put their body on the line.

"It's wearing pretty thin to be honest with you… I think the talk, it's time for something else."

Canberra had four forwards bash their way to over 100 metres in New Plymouth, as they outmuscled their opposite numbers to ensure momentum was almost always on the side of their team.

In his first game back from injury Jeff Lima was big off the bench with 11 carries for 102 metres, but it was Kangaroos back-rower Josh Papalii who stood out in the eyes of captain Jarrod Croker.

"He has been one of our best all year 'Papa', that was another massive effort," Croker said.

"It's just a pleasure to play alongside him to tell you the truth. He is putting in that effort every week and I think we are going to miss him next week… I'd say he will be getting a call up for the Origin side."

Errors in all the wrong places for Warriors

The total count of nine errors from the Warriors wasn't the issue, and compared to Canberra's 11 they were actually the better team in that area.

But the parts of the field where they came up with their drops was a huge reason why the Raiders ran away with the game.

Knock-ons from David Fusitu'a, Issac Luke and Bake Ayshford inside their own half led to opposition tries.

Poor decision making on the ball is having a big effect on the Warriors' defensive results this season.

"If you lack desire defensively you probably lack the intent offensively as well," McFadden said.

"We didn’t really attack them at all, and it was pretty easy to defend us, and that's usually not the case." 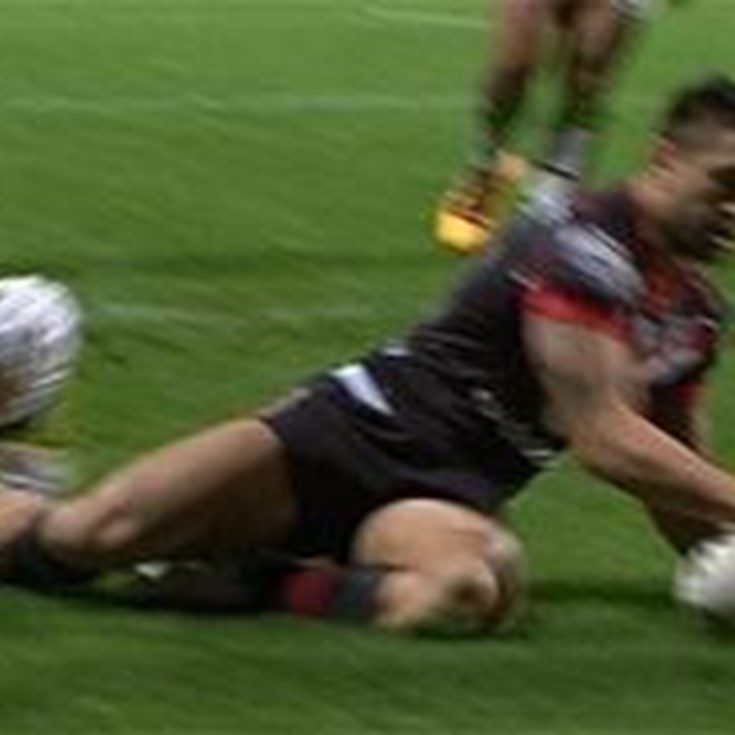