Legendary Queensland custodian Gary Belcher has lauded the selection of Darius Boyd at fullback for Game One of the Holden State of Origin Series, claiming the Broncos No.1 is at the peak of his powers.

After 23 matches and 16 tries on the wing for Queensland, Boyd will finally get the fullback jersey he has coveted all along next Wednesday night at ANZ Stadium having been named by coach Kevin Walters in his preferred position in Brisbane on Tuesday night.

Boyd's selection at fullback and Greg Inglis's move to the centres is one of five changes to the Maroons team that won Game Three 52-6 last year with Corey Oates and Justin O'Neill to make their Origin debuts and Josh McGuire earning a place on the bench ahead of Jacob Lillyman.

Twelve months on from a serious Achilles tendon injury Boyd is playing with an air of confidence that is permeating throughout the entire Broncos team and one of Queensland's best ever is loving the style of football he is currently playing.

"That's the right move. Given GI's knee problems and the way Darius is playing it's a great move," Belcher told NRL.com.

"Darius is at the peak of his powers at the moment. I'm loving his passing game and you've got to have that.

"I think that's the reason the Blues have gone with Matty Moylan, because he can play that passing role that [Josh] Dugan and other fullbacks don't.

"I love that Darius has got the all-round game. He definitely wasn't just a fullback when he came through, he must have played a lot of his footy at five-eighth and closer to the action and they're the best fullbacks, the ones that can ball-play a bit more.

"That will mean that both sides on both edges we've got players with the ability to pick the right man on the fringe."

The mid-year Test against New Zealand marked the fourth time that Boyd had played fullback for the Kangaroos but with Billy Slater entrenched in the Maroons team and the more recent emergence of Greg Inglis he has been confined to the flanks.

Queensland coach Kevin Walters said after announcing his team for Game One on Tuesday night that Boyd's display for the Kangaroos convinced him that he deserved to finally wear the No.1 jersey for the Maroons.

"The Test match proved to everyone how good he is and Darius has earned the right to play fullback," Walters said.

"He's been the standout fullback this year in the NRL and everyone saw in the Test match how well the combination worked with Darius at the back. Greg's such a talented player as well.

"My coaches over the years always said to pick the best 17 and fit them into the side and that's what we've done."

QRL chairman Peter Betros said prior to the Test that Boyd's form at club level was worthy of reward in the Queensland team and the 28-year-old told NRL.com last year that a Queensland No.1 jersey "would be nice to have in the closet, that's for sure".

Belcher knows a thing or two about waiting for an Origin opportunity.

Stuck behind Colin Scott who was the Queensland fullback in 13 of the first 14 Origins played, Belcher made the move to the Raiders in 1986 and at 24 years of age made his debut for the Maroons.

He would be a fixture of a Queensland team that won eight straight games from 1987-1989 – "We won the last two in '87 before we played that 'gee up' game in LA" – but said waiting for his chance to play was a torturous one.

"Colin Scott had never let Queensland down and I was pushing to get my crack for a couple of years," said Belcher, who was a member of the star-studded Souths Magpies team in Brisbane before joining Canberra.

"I got one game for Combined Brisbane in the Panasonic Cup in 1984 and we beat South Sydney but the next rep team that was picked was the Queensland side and 'Scotty' got picked for Queensland and played well.

"I'd been knocking on the door for a few years and thought it was never going to happen and that was also part of my thinking of going down south to the Raiders.

"I never thought I'd leave Brisbane but I just came to the realisation that if I didn't move I was never going to get a go." 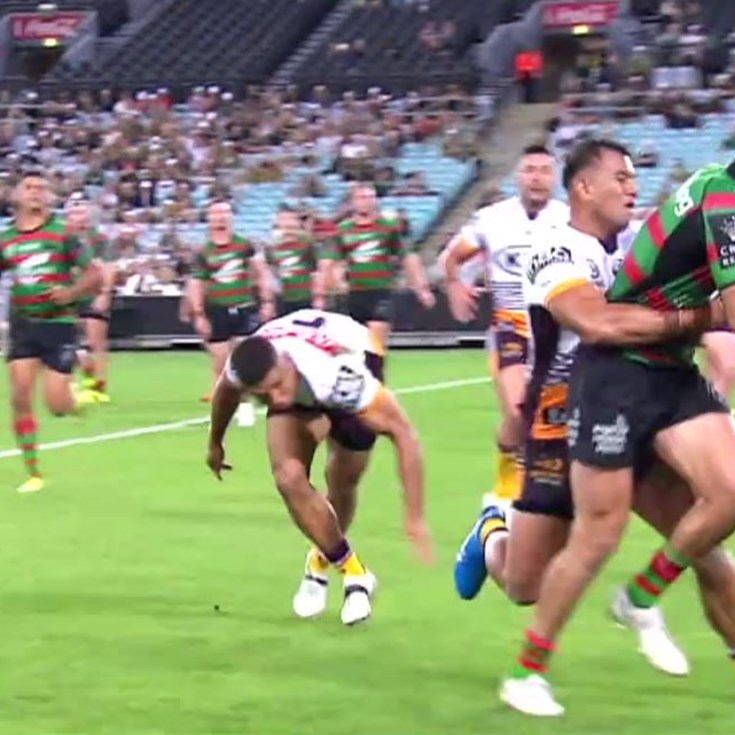 Presented By Chemist Warehouse 32 mins ago
03:39