Craig Garvey is exactly where he set out to be with the Bulldogs at the beginning of the season, no matter how long his current on-field stints may be.

After an opportunity with the Raiders fell through late last year, Garvey headed to the Bulldogs where he set out to carve himself a first grade bench spot.

His opportunity at the club came quicker than expected when he was drafted in at hooker for Michael Lichaa in the Bulldogs' Round 2 clash with Penrith.

Since Lichaa's return from a knee injury, Garvey has featured on the interchange three times in a utility role and has come on in short bursts – something he's still getting his head around in the aftermath of his 19-minute stint against the Roosters.

"Dessie wants me to come on and bring some energy to the team when blokes start dropping around that 65-70 minute mark. He wants some spark I guess and hopefully I can continue to do that," Garvey said.

"There are times though where I can't really bring too much energy or try to do too much myself especially in instances where we're winning. If I go in with a mindset [of adding too much] then I won't play a good game.

"I think I did that a bit last weekend, I didn't put too much thought into it and tried to bring too much spark. I should have gone out there with a stable head and controlled it a bit better. But that's something I've continually learnt these past two weeks."

Draw Widget - Round 12 - Raiders vs Bulldogs

Making Garvey's feat more impressive is coach Des Hasler's inclination to have four big forwards on his bench, with the 23-year-old excited over being able to buck that trend.

Last year's conundrum with Hasler having to fit Josh Reynolds, Moses Mbye and Trent Hodkinson into his team remains the only instance in recent memory where the veteran mentor has carried a smaller player on his interchange.

"I didn't expect it to happen. Dessie usually likes four forwards on his bench because that's the way he likes to play. So it gives me confidence that I've been playing good enough to get that spot," Garvey said.

"All I wanted to do this year was try to make a bench spot mine and now it's finally happened I want to grab the opportunity with both hands.

"As the year progresses I feel like I'm starting to become a regular first grader which is something I really wanted and strived to do. The more I can stay in first grade, the better it will be for me."

Importantly Garvey's presence in the Bulldogs' 17 hasn't hindered regular rake Lichaa's mentality heading into games with his confidence in his previously injured knee at an all-time high.

"I'm still preparing each week to play the 80 minutes or as close to it as possible," Lichaa said. "My knee is feeling pretty good and I have a lot of confidence in it now which is good." 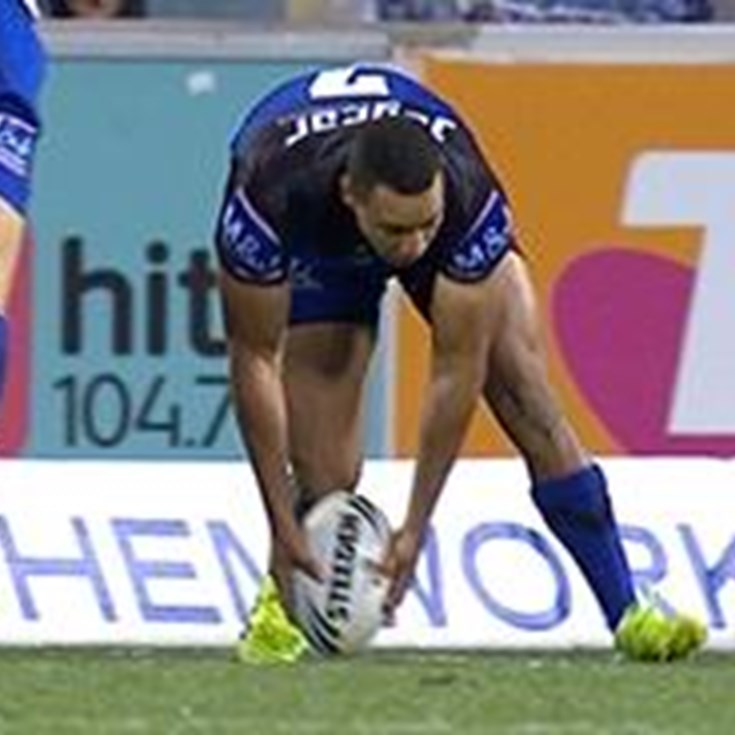