With temperatures set to dip below five degrees on Friday night, the Sea Eagles can expect a frosty reception when they arrive in Canberra for this all-important clash to kick-start Round 13 of the NRL Telstra Premiership.

A gallant second-half fightback against the Bulldogs kept the Raiders firmly entrenched in the top eight while the Sea Eagles banked the two competition points courtesy of the bye to sit one win outside the playoffs picture.

Brenko Lee replaces his cousin Edrick Lee (hamstring) on the wing while Joseph Tapine and Paul Vaughan swap between the bench and the front row. Josh Papalii's impending return from State of Origin duty forces Sia Soliola back to the bench, while Luke Bateman will start at lock in place of Shaun Fensom (rested). Clay Priest and Junior Paulo have been added to the bench in place of Jeff Lima.

Steve Matai replaces Matthew Wright while Apisai Koroisau will return via the bench for the visitors.

Watch out Raiders: There's something about playing against the Green Machine that gets Jamie Lyon going. The Sea Eagles skipped has scored seven tries in his past five games against the Raiders, including doubles in their last two trips to the nation's capital.

Watch out Sea Eagles: No team has made more line breaks this season than the Raiders (62 in 2016) and it comes as no surprise that a man in green should lead the league as well. Jordan Rapana has 15 line breaks this season, three clear of Sharks winger Valentine Holmes. It's a staggering figure when you consider the entire Sea Eagles team has broken the line just 32 times.

Key match-up: Joseph Tapine v Nate Myles. After playing a starring role with two second-half tries against the Bulldogs last weekend, Tapine is set to earn his second career start – and first for the Raiders – on Friday night. The 22-year-old has been in supreme form since moving to Canberra and his footwork will cause plenty of headaches for Myles who is set to back up from State of Origin duties. The Maroons prop hasn't been as effective since joining the Sea Eagles this season but usually lifts during the representative period.

The history: Played 49; Raiders 18, Sea Eagles 30, Drawn 1. The Sea Eagles have won 10 of the past 12 meetings between the sides including five straight in Canberra. The Raiders were far too good when the teams met in Albury last year, but Manly got its revenge with a Brett Stewart try at the death to steal a 26-24 win in Round 23.

What are the odds: Money is coming in at a rate of three to one in favour of Canberra according to Sportsbet. Punters don't think it'll be a walkover though, with more money on a Raiders 1-12 win that a 13+ result. Latest odds at Sportsbet.com.au.

The way we see it: They might have enjoyed plenty of success in recent years against the Raiders, but Manly's luck could come to an end in this Friday night Round 13 fixture. Canberra's big men should prove too strong in wet conditions while Jarrod Croker will extend his lead as the competition's leading point scorer with a try and four goals. Raiders by six. 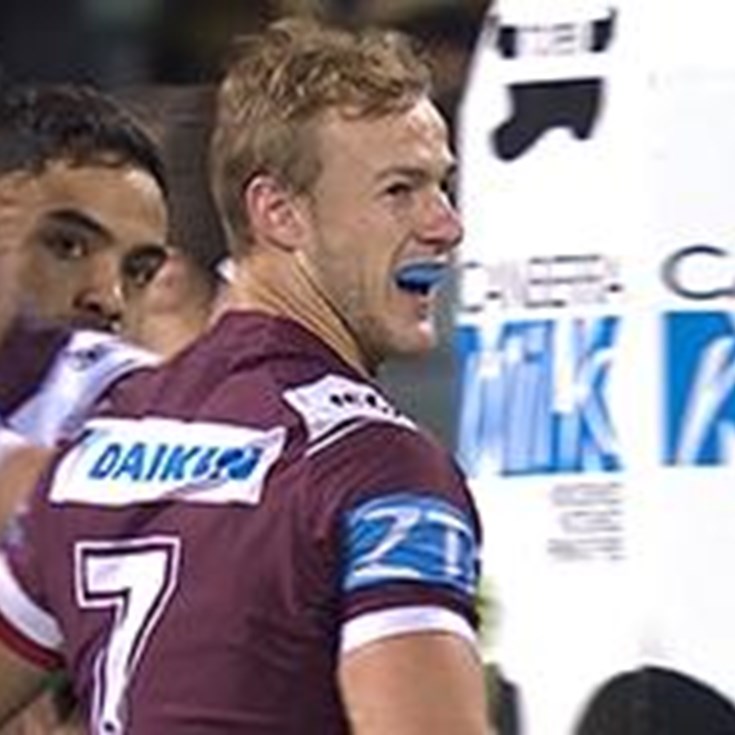