Getting back on the horse following a heavy defeat is becoming an all too familiar feeling for Newcastle, but this Saturday at home they get the chance to turn things around against one of the NRL Telstra Premiership's most unpredictable outfits.

The last time the Knights and Warriors met back in Round 4 it was a close match until just after the half-time break, at which point the Kiwi side ran away to record a big 40-18 victory at Mt Smart Stadium.

Since then the Warriors have picked up four wins while the Knights have just the one.

After suffering a 46-16 defeat to the Cowboys last week, Newcastle coach Nathan Brown has made only the two changes with Jacob Saifiti and Korbin Sims included on a six-man bench.

For just the second time this year Warriors coach Andrew McFadden has named an unchanged line-up from the previous week, when his side produced their best showing of the year to down the Broncos 36-18 in Auckland.

Watch out Knights: The Warriors looked like they finally found their mojo last week, with a free-flowing style which reaped rewards in the form of 10 line breaks, an 83 per cent completion rate and seven tries. When they play like that there aren't many teams who will beat them, and last week's effort should have plenty of teams on high alert.

In Round 13 Newcastle missed 44 tackles and gave up 11 line breaks, in what was a poor defensive showing.  Across the season the Knights have missed more tackles than any other side, averaging 35.5 per game. Against a team like the Warriors your first contact and attention to securing the ball needs to be spot on.

Watch out Warriors: The victory over the Broncos marked one of their best defensive performances of the year. Only once have they held a team to fewer than the 18 points they leaked against Brisbane, while their 16 missed tackles was the least they have given up this season. Yet there was still plenty to suggest the Warriors have issues without the ball, and they were lucky not to concede more after Brisbane were denied two tries for forward passes just before half-time.

While last week's win was good, there is absolutely nothing from their 2016 form to suggest that will follow through to Saturday. Only once all year have the Kiwi side strung together consecutive wins, and that was against the competition's two lowest-ranked sides in the Knights and Roosters. Consistency continues to elude this club.

Key match-up: Dane Gagai v Tuimoala Lolohea. Lolohea will run out onto Hunter Stadium off the back of one of his best games as a fullback, having racked up 183 metres with two line breaks and a try assist against the Broncos. Backing up after starring for Queensland in Origin I, Gagai had strong numbers for Newcastle as well, with his 19 carries and 132 run metres both being team highs against the Cowboys. Both players are capable of breaking the line and coming up with explosive plays, and they should provide plenty of entertainment come Saturday.

The history: 33; Knights 15, Warriors 17, drawn 1. There hasn't been much recent success for the Knights against the Kiwi outfit, with only six wins from their last 21 head-to-head clashes dating back to 2005. But the venue hasn't been the happiest hunting ground for the Warriors, and they haven't won in Newcastle since 2011.

What are the odds: At the time of writing 75 per cent of all money has gone on the visitors and they've been included in a lot of Sportsbet multis. Warriors 13+ is the way punters are going as far as winning margin is concerned. Latest odds at sportsbet.com.au.

How we see it: It is likely to be a close match through the opening 40 minutes or so, with the Knights feeding off their powerful home support. But if the Warriors can play anywhere near how they performed last up, their relentless attack and class through the middle should wear Newcastle down. Warriors by 18. 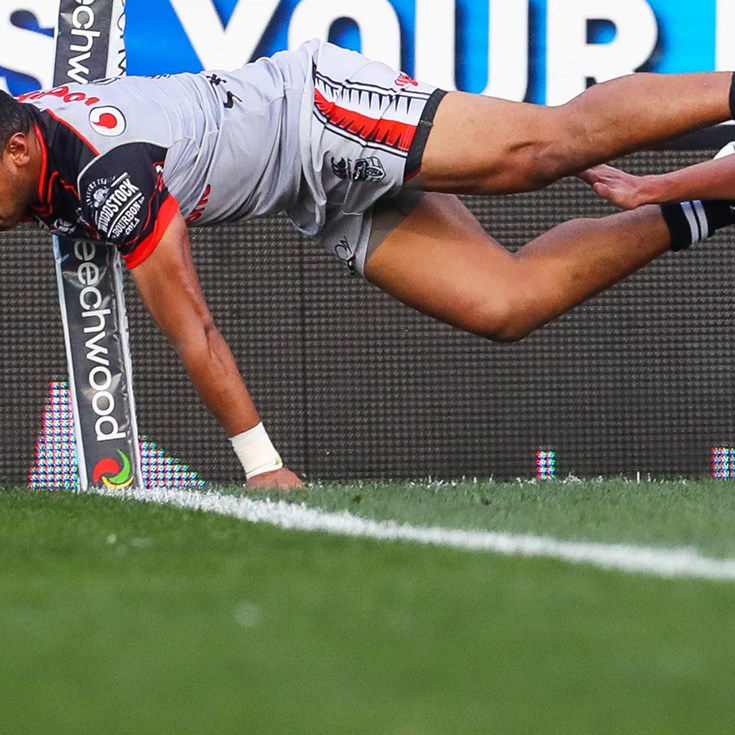