When Warriors centre Blake Ayshford casts his mind back to his first memory of the man he will mark up against this Saturday at Hunter Stadium, a few things jump out right away.

He was strong even at just seven years of age, reasonably quick and full of energy. But most of all it's the voice Ayshford remembers, chirping away at teammates and opponents alike, followed by a cheeky smile.

That player is Newcastle Knights utility back Nathan Ross, who lined up alongside Ayshford for junior club the Coogee Wombats from under-8s through to under-11s.

In Round 14 the pair will meet in the NRL Telstra Premiership arena for just the second time, in what shapes as an important individual match-up in the centres.

"Nathan has taken his time to get into the NRL – he has had some setbacks – but I always knew what he could do and he is starting to show it now," Ayshford told NRL.com.

"He is very powerful for a little fella, it's going to be a big challenge for me personally.

"He is an awkward type of player who is very hard tackle and very strong.

"Nathan was always little, always quick and he got lippy on the field, and the banter is something I am looking forward to this week."

Their respective journeys since those days have been nothing alike, and up until a couple of years ago Ayshford and Ross hadn't spoken for the best part of a decade.

After starring for the Tigers in the inaugural season of the National Youth Competition in 2008, Ayshford debuted for the club the following year and now has 136 NRL games under his belt.

Ross meanwhile was forced to take an alternative route to the NRL, featuring stints at clubs in Queensland and France, while more recently balancing playing local footy in Newcastle with a job in the mines.

Late last year at 26 Ross finally made his first-grade debut, and so far in 2016 he has been among the best players in an inexperienced Newcastle backline.

"We sort of drifted apart, but I would always see he was playing reserve grade, and then I got dropped back to NSW Cup a few years ago and played against him," Ayshford said.

"It was the first time we had seen each other in a long time, but seeing him around the traps now is good.

"Even though they are struggling, the Knights have a lot of strike power this year and they are young, the good thing about them is they will back themselves, and that's what we need to be aware of this week."

In 11 games this season Ross has failed to run for over 100 metres only once, while Ayshford has been the most consistent of the Warriors' off-season recruits, playing every match so far and scoring six tries. 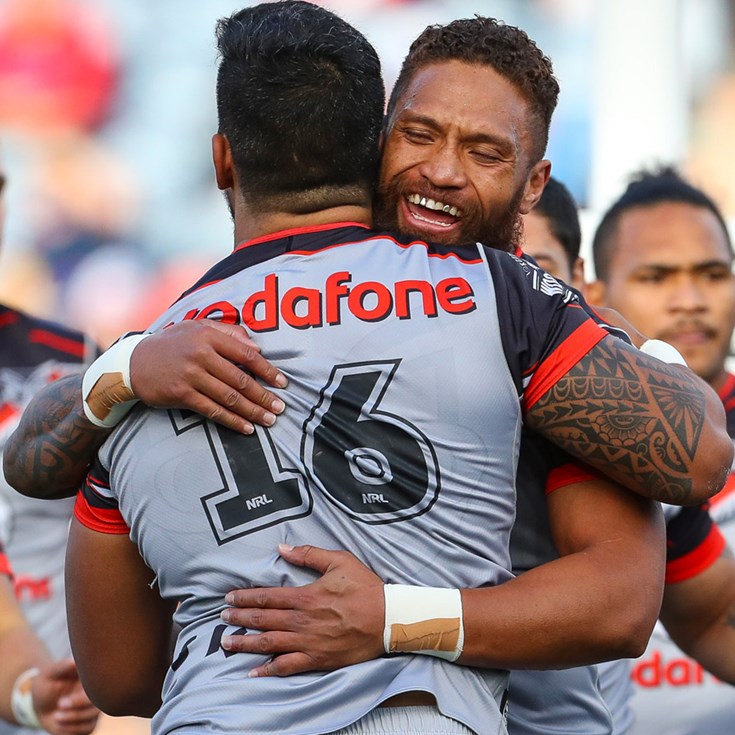