The Tigers fullback didn't grab the headlines following his side's entertaining 30-14 win over the Rabbitohs on Friday night, but it didn’t stop him from putting in another virtuoso performance.

Tedesco ran for 155 metres and had four tackle breaks in what was one of his statistically quieter games for the season, but that didn't mean he wasn't effective.

Every time the Tigers No.1 touched the ball, the crowd collectively held their breath expecting him to do something brilliant in attack to add to his 10 tries and nine try assists in 2016.

It's that sense of attacking anticipation that many believe is required by a NSW team that only managed one try on their home ground in the series opener against Queensland.

Wests Tigers five-eighth Mitchell Moses was as blunt as can be in his post-match assessment of his teammate when asked if Tedesco should be in the Blues' team for Game Two at Suncorp Stadium on June 22.

"If they don't pick him, they're kidding themselves," a frank Moses said.

"They want points, you give him the ball and he'll put points on the board for you.

"He's got something like 10 or 11 tries and try assists as well. You hit him out the back and he'll just create things. NSW are looking for points; that's your man.

"If I was in the opposition team, I wouldn't want him coming at me, I'll tell you that much."

It was an opinion shared by Tigers centre Tim Simona who said Tedesco was doing everything possible to be picked.

"He's a great player and no doubt if he keeps playing like that then a blue jersey will come his way," Simona said.

"100 per cent [he should be in the team]. He's a freakish player. But at the end of the day, I'm not the coach. If he can keep this form up then he'll give Laurie Daley headaches.

"He's so hard to tackle and he's got good ball skills as well so I'm just glad he's in my team." 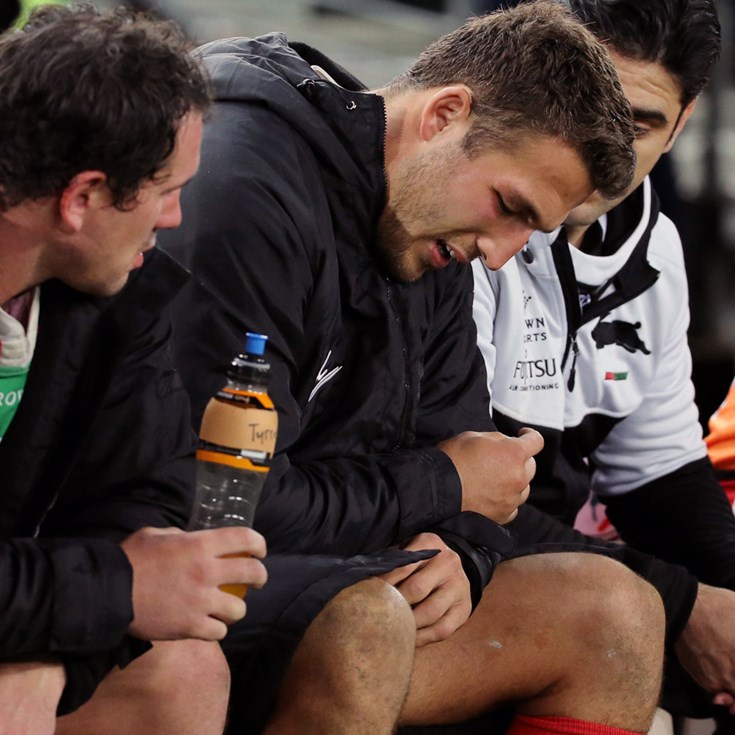